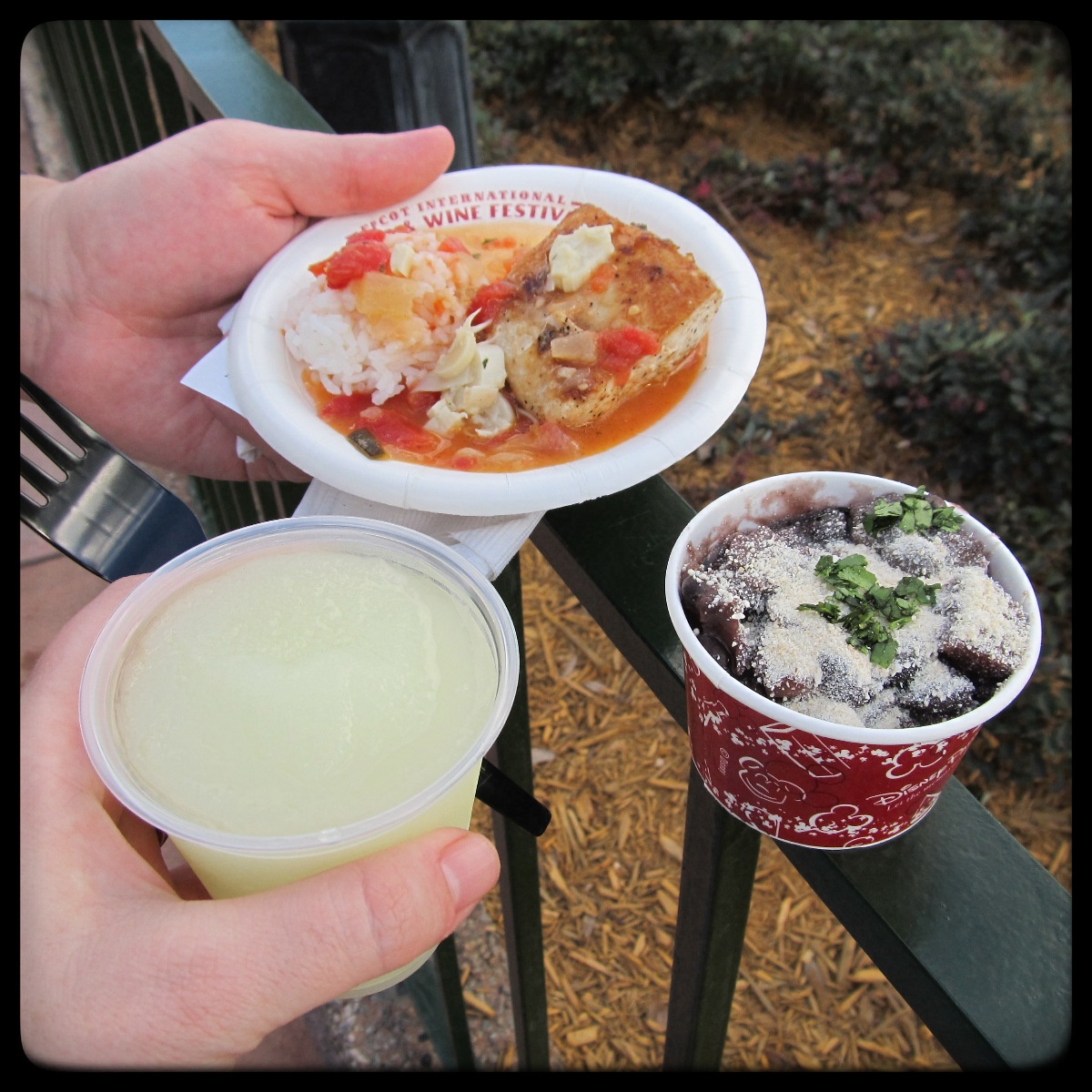 We’re going back to Disney in November! One of the things we really like to do is the EPCOT International Food & Wine Festival. We first went with Heath and Laura, like, years and years and years ago – so many years that it wasn’t nearly as popular (read: overcrowded) as it is now. But we still love doing it. Being that we are special snowflakes who (a) live in Florida and (b) are Passholders and (c) have been doing it so long we know some ins and outs… we generally have a pretty good time and know how to avoid the most serious crowds. We’ve been wanting to go this year since before it started, but Tim had to finish the Kiln Shed and we didn’t have any free weekends until now, and then I had to plan around when I could get the dogs in a kennel.

So we’re going mid-week, the second week of November, staying through Saturday morning (to avoid the big crowds) and we’re staying at a resort walking-distance to Epcot so we can easily get back for food-coma naps during the heat of the day or to quickly escape crowds. Mid-Nov the weather should be lovely, mid-week the crowds should be a little less (even though that Friday is a holiday so Friday may be bustling), and it’s the last weekend of Food & Wine so we will definitely be eating to make up what we’ve missed. OK, with my food allergies, Tim will probably be eating more than me. BUT STILL. Get in my belly, churros.

We’re also trying something new this time and opted for a special dessert and firework thing, in order to get better fireworks views that Tim doesn’t have to stand around and be bored to tears while waiting for everything to start (I’m a fan of staking your spot early and waiting for fireworks, but I have knitting; Tim can only scroll through Facebook on his phone for so long before he’s bored out of his mind and no longer having a good time). So I’m going to distract him with drinks and copious amounts of dessert, and I’ll *still* get a good firework view. We opted for the Star Wars show again, at Hollywood Studios, since Illuminations at Epcot is the one we’ve seen the most and I thought Tim didn’t have a really good time at the one at the Magic Kingdom when we saw that in August (to be fair, it was the crowds he didn’t like, not the fireworks, but… I hear the Star Wars show is going on hiatus soon for a Holiday-themed show, and there’s no word about when it’s coming back… so selfishly this nerd wants to see it again!).

Is it November yet? Now? How about now? NOW?

Previous post Today, the dentist! Just as soon as I wake up some.