When last we left our intrepid heroines, we had just finished lunch at the most amazing little Italian place we found on the Googles. I’d been having trouble with my socks, not liking any of the patterns I’d brought with me, and Sharon casually said, “maybe there’s a yarn store around here… why don’t you check Google?” and the next thing you know we’re taking a u-turn and going back into the small downtown area to find a yarn store that was less than two miles away! I love us! Sadly, the yarn store had been turned into some sort of kitschy boutique, and not our kind of kitschy, either. We walked around politely and then got in her car and sighed deeply.

But! All was not lost! Because the Googles also said there was another yarn store about an hour or so down the road – just over the border into Virginia – so we decided to take a quick, ten-minute-off-the-highway detour, and MAN were we ever rewarded! If you find yourself in or near Wythe, Virginia, stop in at Wythe Yarn and Gifts and give them a little looksee. They were absolutely lovely, everyone was very friendly, and not only did they have a great selection of yarn but I found a book with a good pattern in it – score! 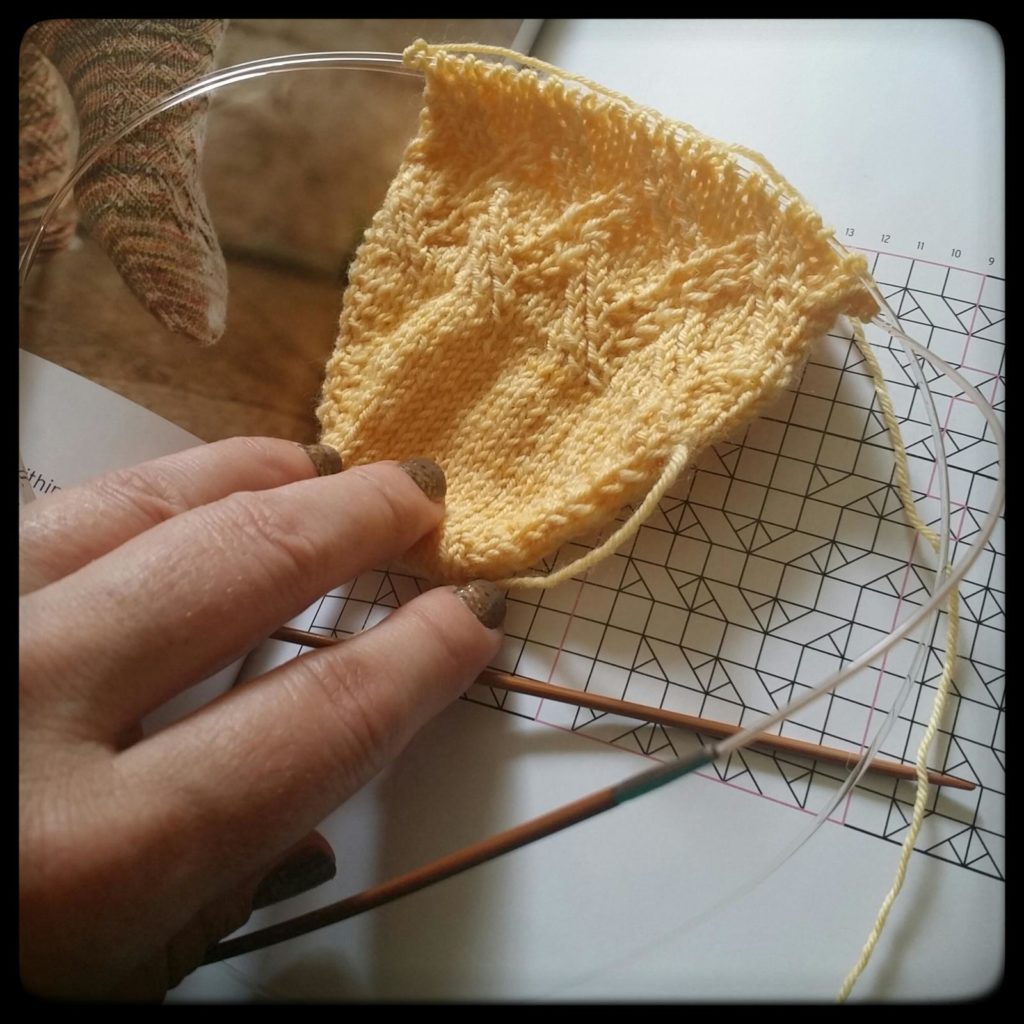 Then it was full steam ahead to our next stop before they closed… Tamarack! I’d never been there before – all the times I’ve driven through West Virginia it’s either been too far out of our way or already closed for the day (or not open yet). So Sharon really wanted me to be able to see it. 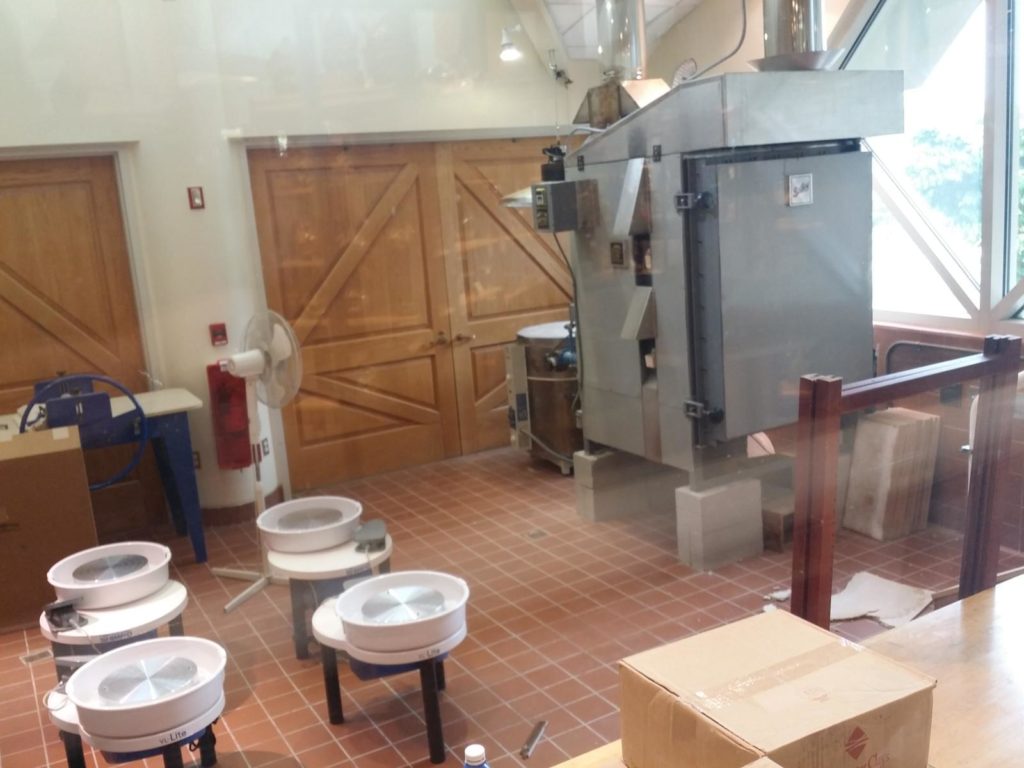 And was it ever amazing! Part studio, part store, all inspiring. This pottery studio (all of the studios are both glass on one side, facing the interior of the shop portion and they have big barn doors facing the outside for when it’s lovely out and they can open the doors to passers-by) was in flux; someone was moving out and someone else was moving in. I just really wanted to hop down into it and get to work! 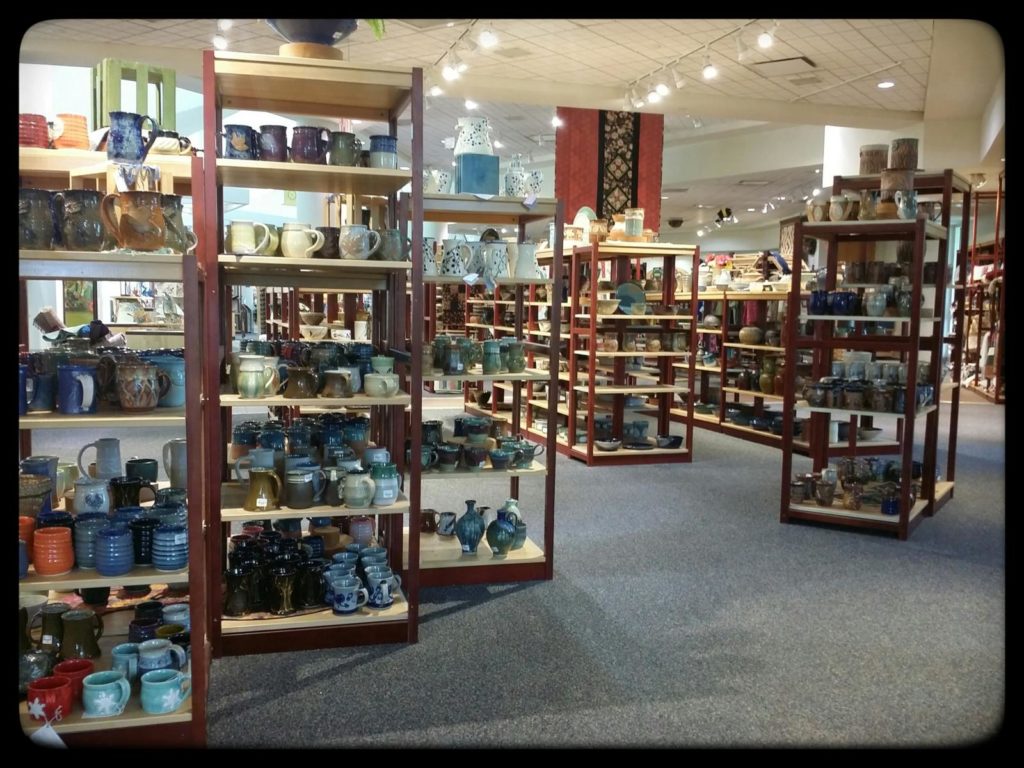 I was going to let myself get one mug. ONE. How was I supposed to choose just one out of all of these? Walked around, walked around, walked around… all of them were perfect. Every one of them would have been a lovely souvenir, but none of them really… spoke to me. Many of them would have been perfectly adequate, but each one had just one thing that made me go “but if I just keep looking?”. Some were too big for me. Some I liked the mug but the handle didn’t feel natural in my hand. Some I liked the design but not the color. Then, in the back, behind some other mugs, almost hidden… I found the one. Smaller than most, kind of wonky and just a titch lopsided… it called out to me and that’s the one I chose. I’ll show it off later, promise. 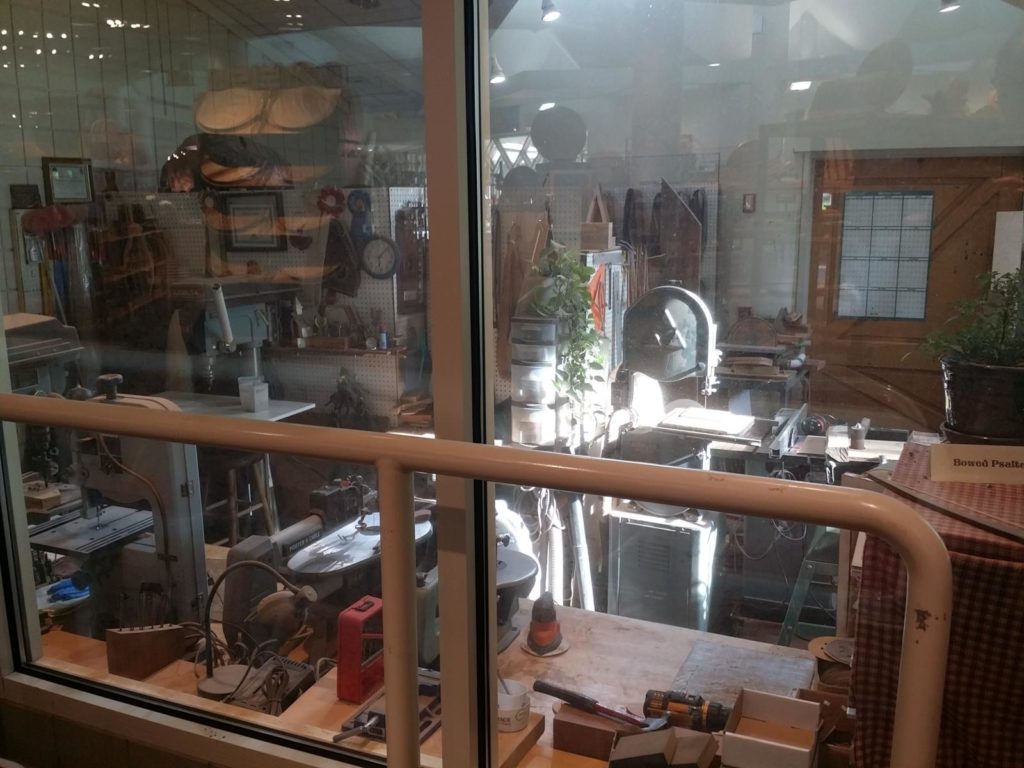 I’m not sure what was going on in this studio – I seem to remember it was a shared studio with a married couple – but it looked like some woodwork and some leather work. Musical instruments, I think? Whatever they were making, it looked like controlled chaos, and every tool known to man. I loved it. Busy, but clean! It looked like the sort of place where the people knew exactly where everything was, but to an outsider everything might appear jumbled. I wish I’d been able to see them work. 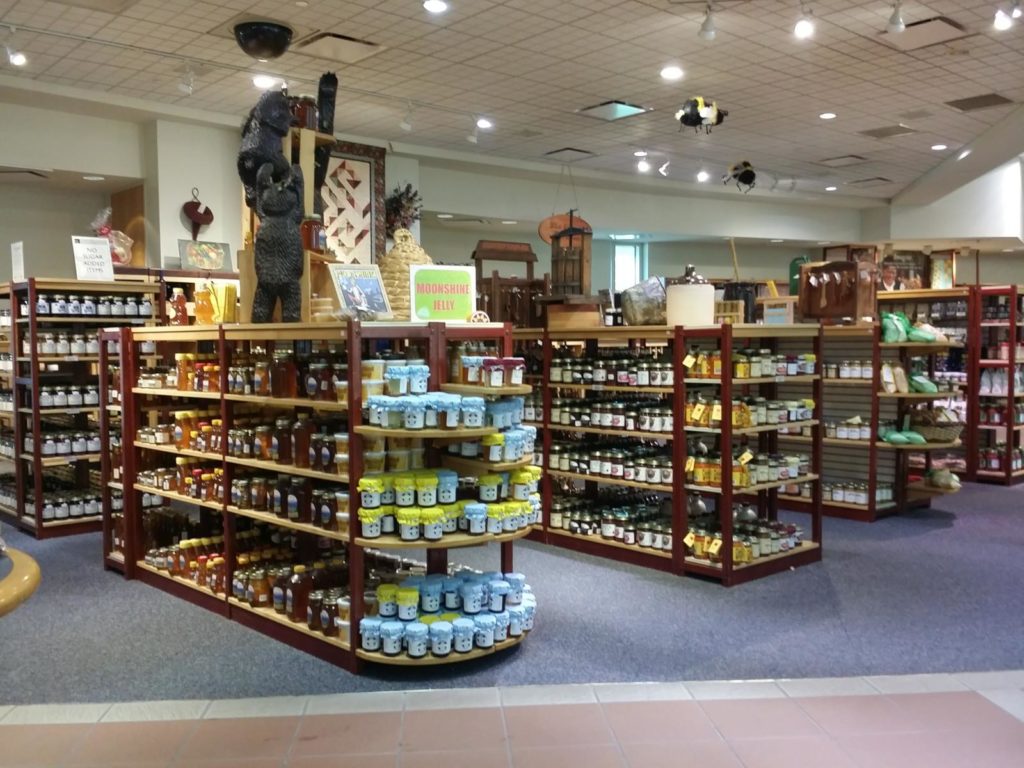 If I had wanted jams, this would have been the place to pick them up! Seriously, jams and jellies and honeys of all sorts. 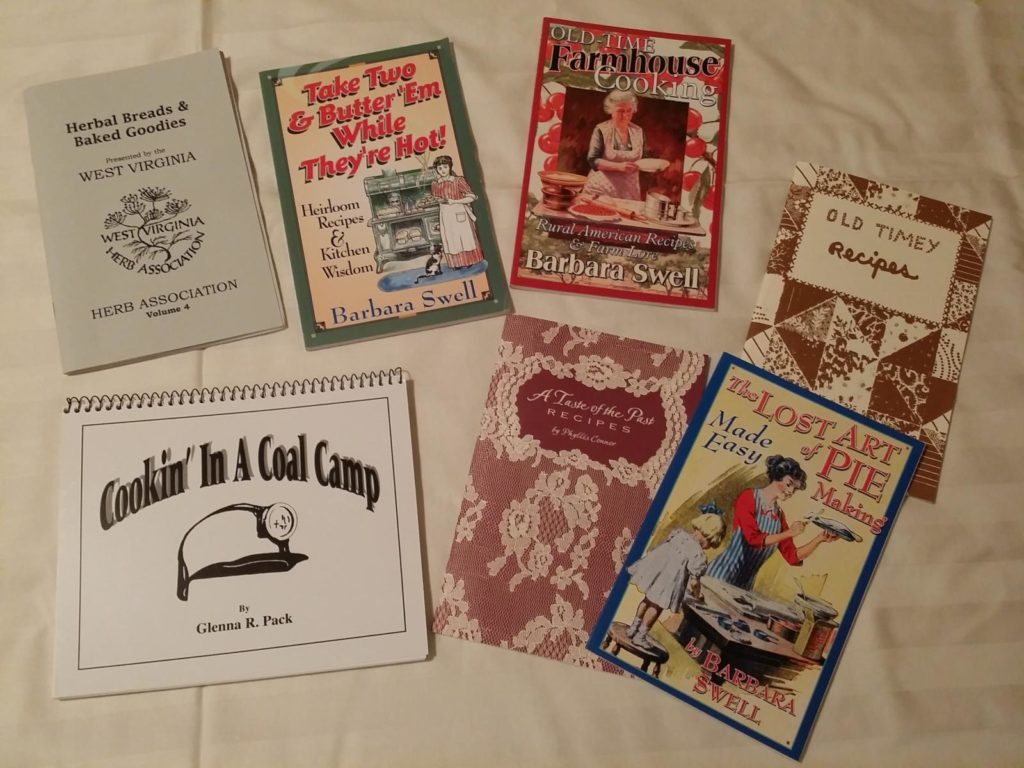 And I picked Tim up a selection of small cookbooks. Each one of these was only about 50-75 pages each, so it’s not as overwhelming as it looks! I didn’t pick him up, like, seven 3-inch thick cookbooks! Each one is full of old recipes and also history and old wive’s tales sorts of things. Of course there is a West Virginia food-centric party in our future now…!