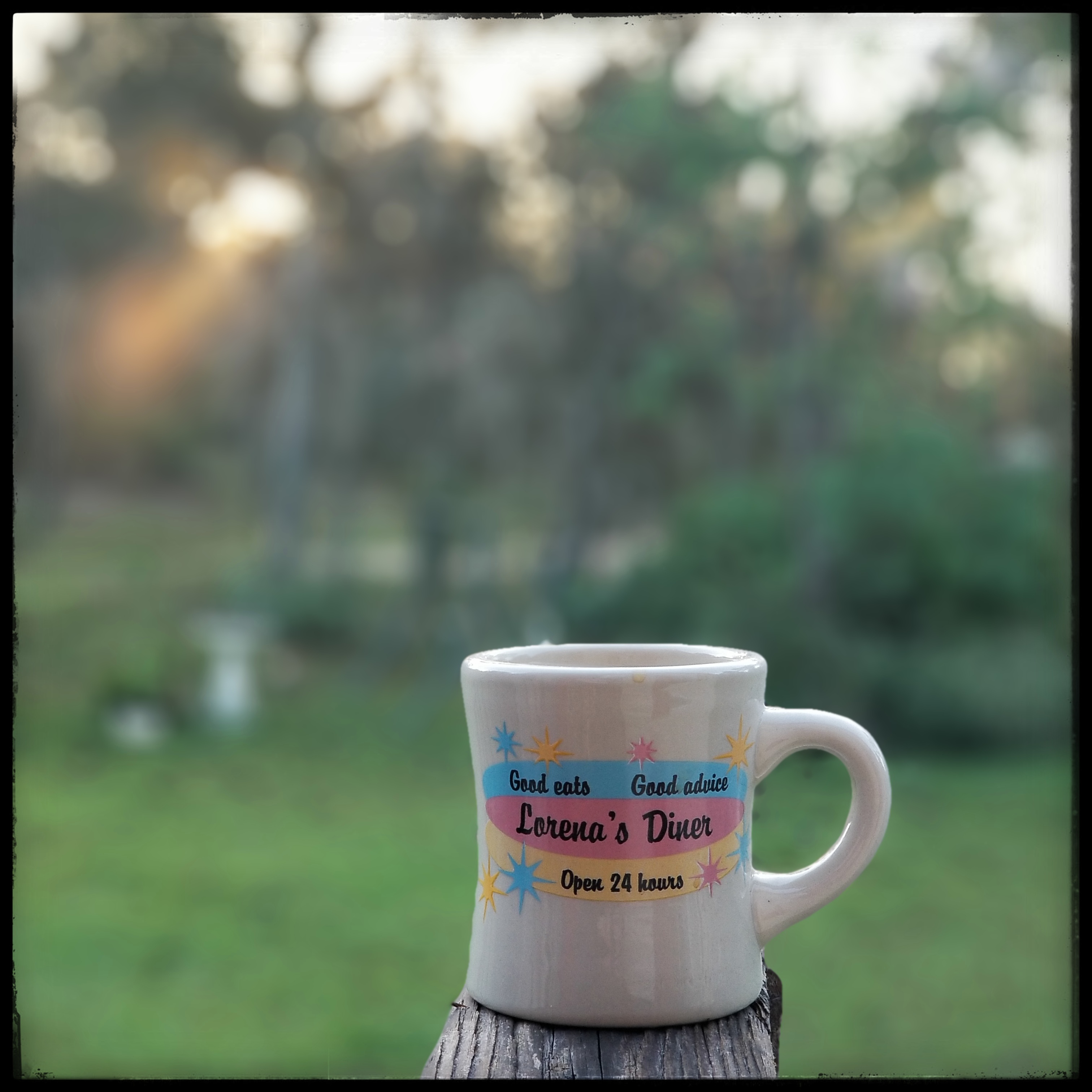 Wait, where DID we leave off? Did I even ever start blogging about all the home shit that needed to be fixed??? For a guy who was really into fixing things, Tim sure did leave me a lot of things that he never got around to fixing. Well, to be fair, some of the stuff didn’t need to be FIXED as much as just DONE. Like cleaning out his workshop, taking all the stuff that was eventually going to get to the dump, like the broken washer, the broken stove… getting those things actually TO THE DUMP. 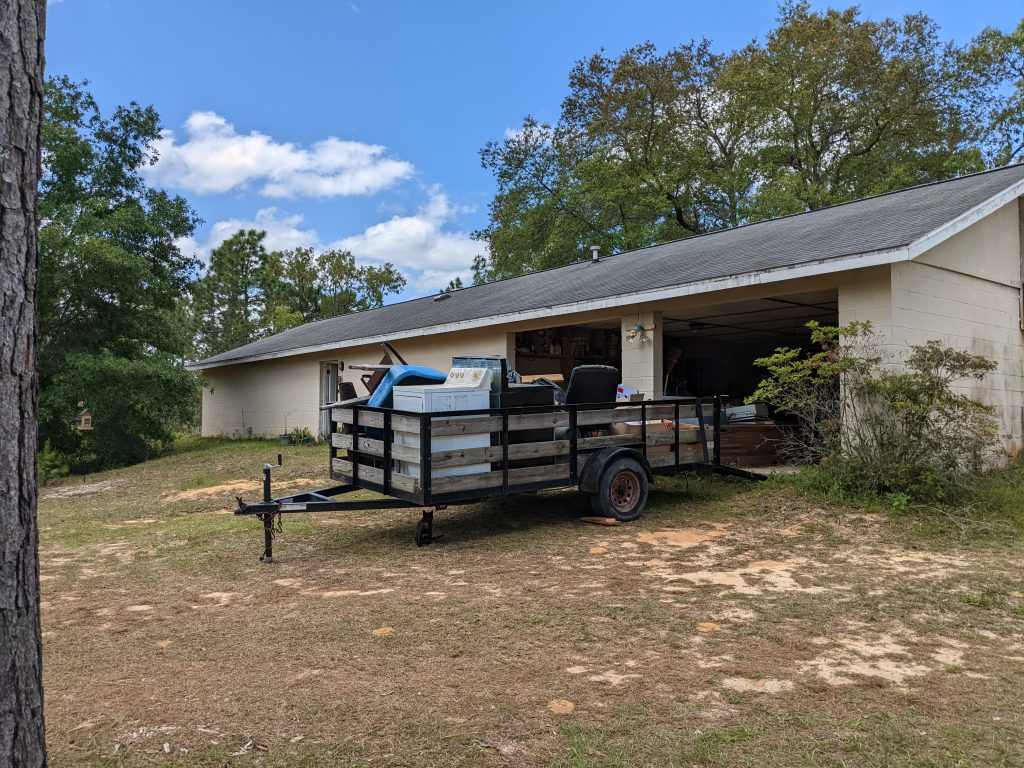 And some things absolutely weren’t the fault of Tim never getting around to fixing them, like the air conditioning in the studio. That just up and crapped out, although after talking to the guy who went up to evaluate the duct work, I’m a little surprised the thing ever worked at all.

When they took the big wall unit off the outside, they left a large hole…

Fortunately, I just happened to have two doors sitting around, left over from a cabinet that I repurposed into a habitat for the girl tortoises. So Jeff turned those into a door for the giant hole. They’ll keep the critters out, and also give access should anything need to be repaired with the air handler that was put up in the attic.

That “Meth Made Here” flimsy door that I’d always wanted replaced has been switched out for a sturdy, solid wood door. It wasn’t as easy as it sounds, Duane had to completely build a new door jamb/head/threshold/everything. He didn’t say anything but I was noticing that those stairs were getting… shall we say… wobbly. So those were switched out as well, with an eye on putting a roof over the door soon. It drives me bananas to be trying to get inside the house with a bag of groceries and I’m getting rained on.

Switching the front door out was only 50% of the door issues… I also really, really wanted that back door switched out. We found a mobile home parts store in Palatka and not only did I get a door, but also a set of windows to replace those (more on those in a second). First, the back door!

Same type of door, but a lot more solid and safe, and the doorknob works! And you don’t have to lift the door up in order to pull it shut! Now, about those windows. There are these two great windows that look onto the back yard from the living room. One of them got broken the week we moved in, and never replaced – the interior storm window was turned around to face the outside, screwed into the frame, and so then we had one “regular” window and one “storm” window. Jenn and I looked online for literally MONTHS and we couldn’t find anything that matched the “regular” window. Well. At the same place I found the door, I found two windows. Switching one out? Just as easy to switch two, and I’m OCD enough that having them NOT match was going to make me insane. It already had been bugging me for seven years.

Let’s see… what else has been going on around here? Oh! The mailbox! This was a pretty early-on fix.

I appreciated the work that Tim put into the unique post for our mailbox, but it had been hit by a couple of cars (we live on a curve that people don’t always take safely) and it was falling apart and leaning in a way that I tried to fix but wasn’t able to. Replaced it with a simple pole, and that thing is as straight as an arrow! 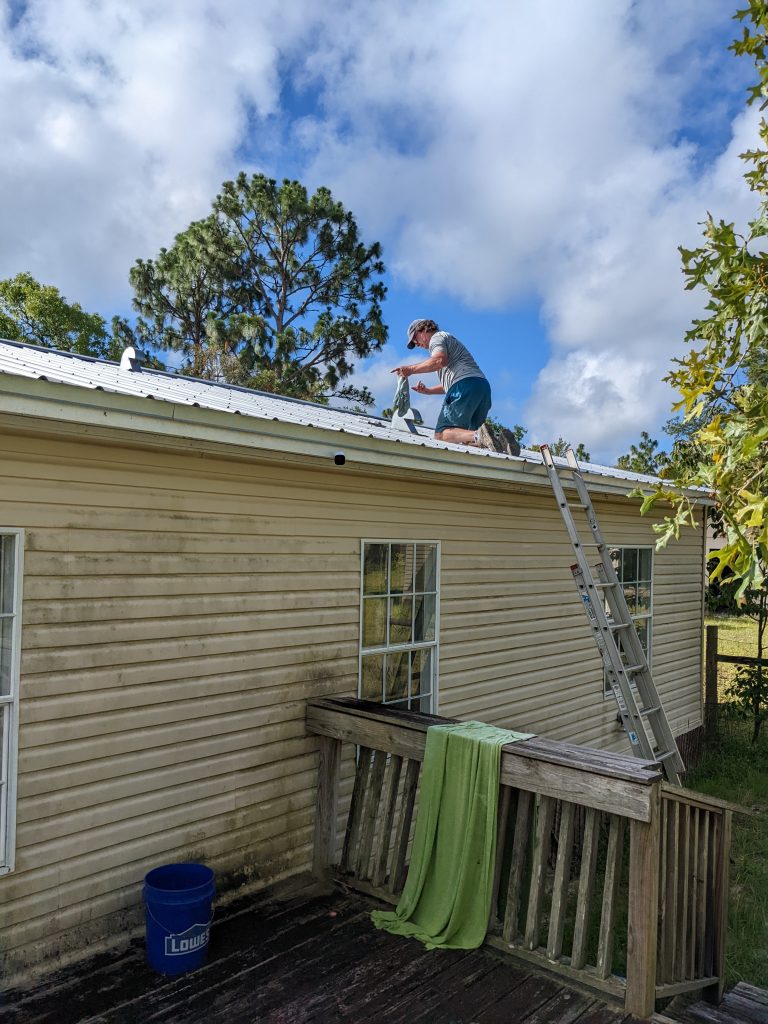 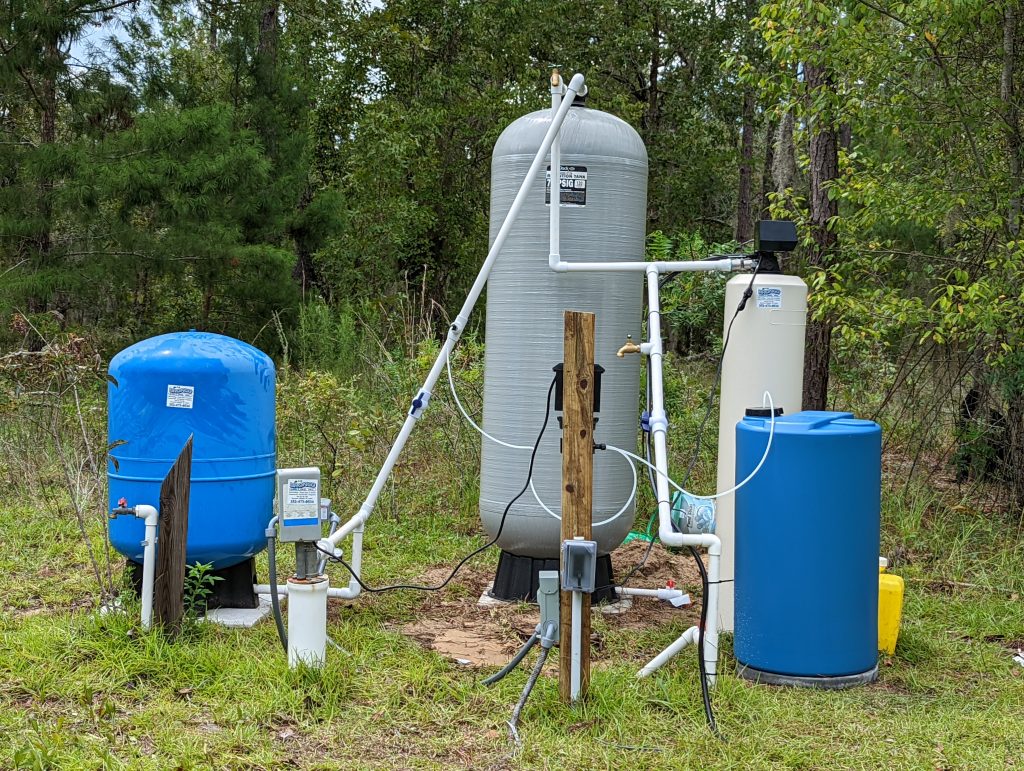 Oof. And then there’s the pump. Cetty and Joe said there was dark sludge in their water line for a while (although we never had that problem in the house), and I knew Tim and Joe had put in some sort of water filter. Joe said that once he and Cetty moved out, I’d probably have to replace the filter ever couple of months instead of once a month or however long it was… well, turned out I had to replace it every two weeks, as it just got pink and sludgy and the water pressure would go down to a trickle in the house. So I looked on Google, called the ones who had been in business the longest and had the best reviews, and it turned out they were the ones who installed the well twenty years ago, many years before we bought the place. They came out, took a look at it, we came up with a variety of plans based on what I wanted done now, later, and what my goal for clean water was. So this became the new setup… regular pump and well that was already there, now with a chlorine filtration system to filter out the bacterial iron. 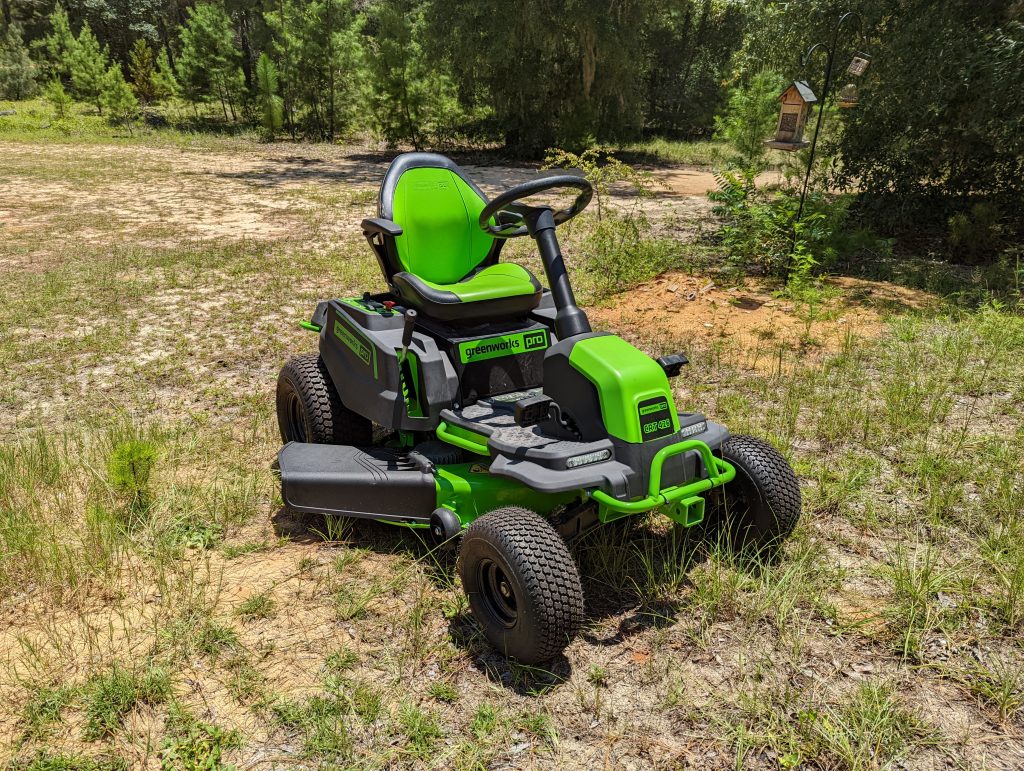 When we first bought the place, my mom asked Tim if he wanted a riding lawn mower, and he said that he did not. Well, even though there’s only about two acres of my fifteen that needs to be mowed, I’m in no way thrilled about doing that with a push mower, especially one that Tim never did anything but complain about and that took him a couple of hours and a break with a nap to get started. So I bought a riding lawn mower. AND I LOVE IT. I grin like a goofball the whole time I’m riding it around. I’m terrible at it and there are whole parts I have to mow over a couple of times before it looks even, AND I LOVE IT. LOVE IT. 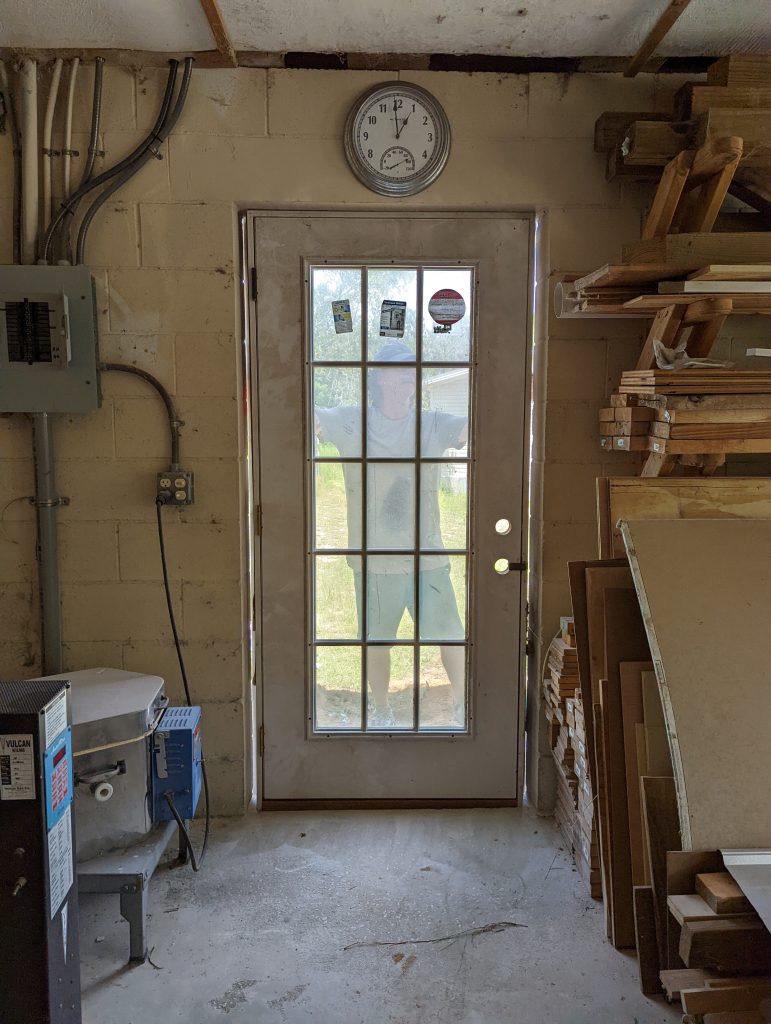 One thing we found… I mean, I knew it was there, I just didn’t really know why… was a door in a frame. It didn’t fit anything else, like in the house or anything, but Jeff noticed that it was only an inch taller than the doorway into the workshop from the outside. Since I’ve been bouncing around the idea of putting garage doors on the garage, it would make sense to have a door there instead of a doorway, you know, if my goal is to keep people from stealing my tools. So Jeff ground out about an inch from the concrete and hung the door. Thing went in there beautifully! 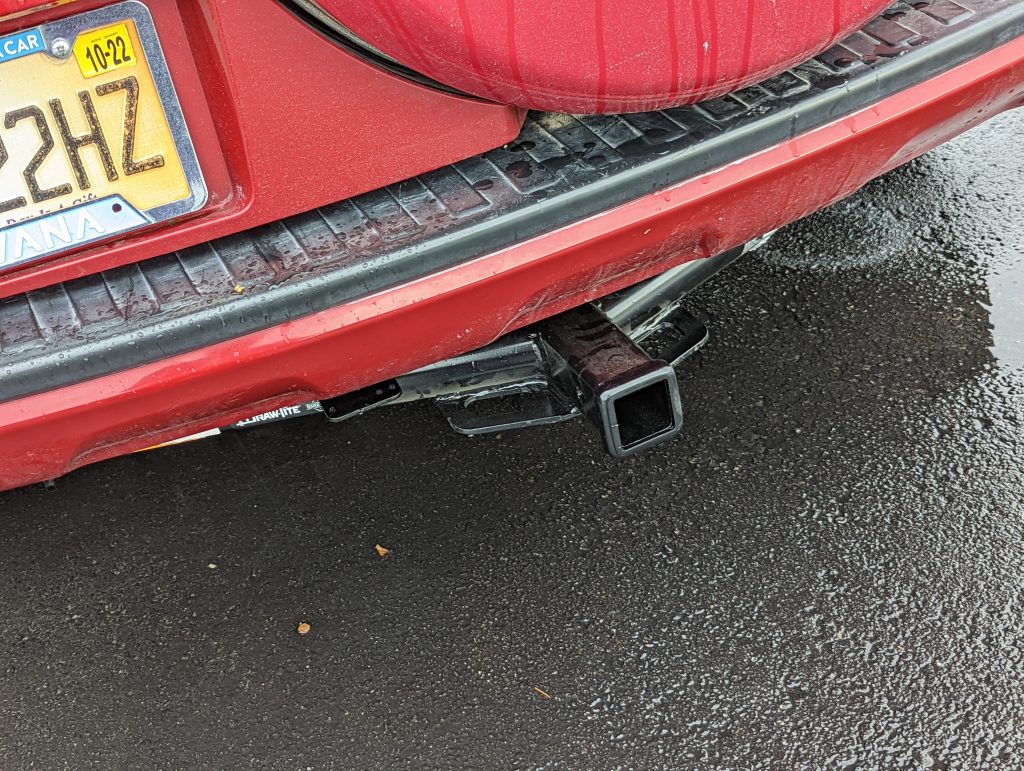 I had a hitch installed on my car, so that I can maybe haul some things. Stuff around the property, or stuff for a craft show, or… you know. You never know when you’re going to need to haul something. 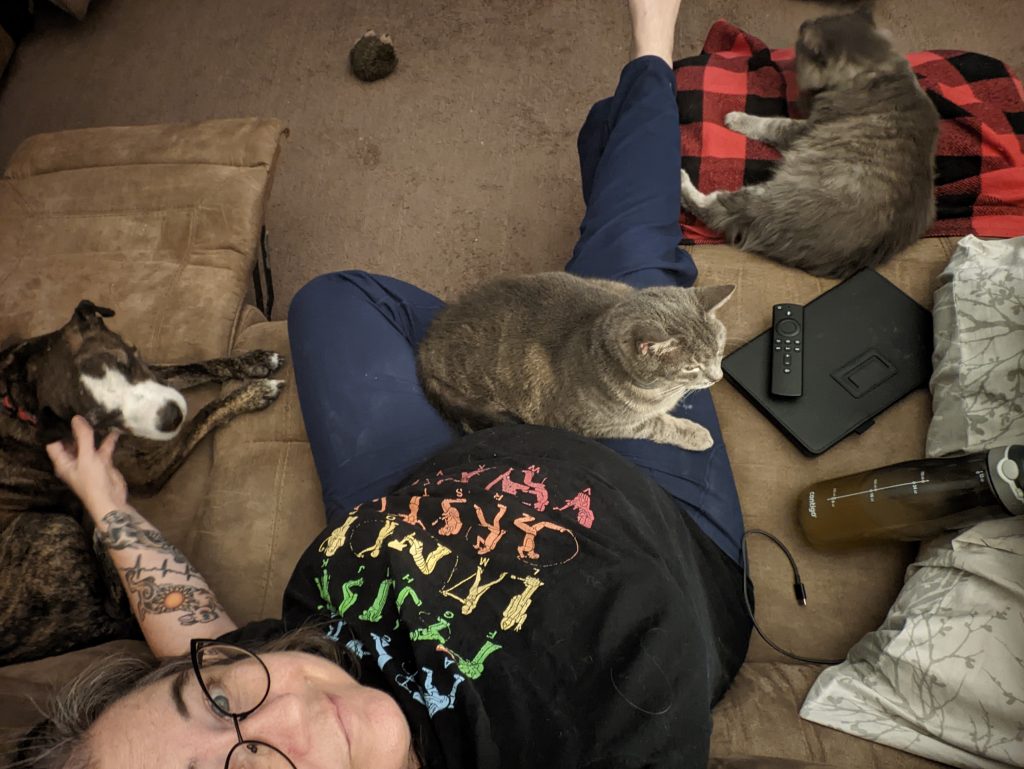 I got a dog. I don’t know if that counts as “home improvement”… heart improvement, for sure. At least, if she’d stop barking and snapping at my friends. That’s a little worrisome, and if it keeps up and I can’t get a handle on it, she and I will be taking some obedience classes. Here’s a funny thing about her, though… she’s only got three legs. She’s missing the same leg that Lindy was missing. And she’s almost exactly the same color as Lindy, just white on the face and belly. And she’s a little smaller than Lindy. But she’s enough like Lindy that my Google Photo app automagically shunts pictures of Ripley into the Lindy folder, hahaha. She’s not as good with fetch as Lindy was. She does love to go after the things you throw for her, but she hasn’t quite grokked yet that if she brings them back to you, you’ll only take them back so you can throw them again. 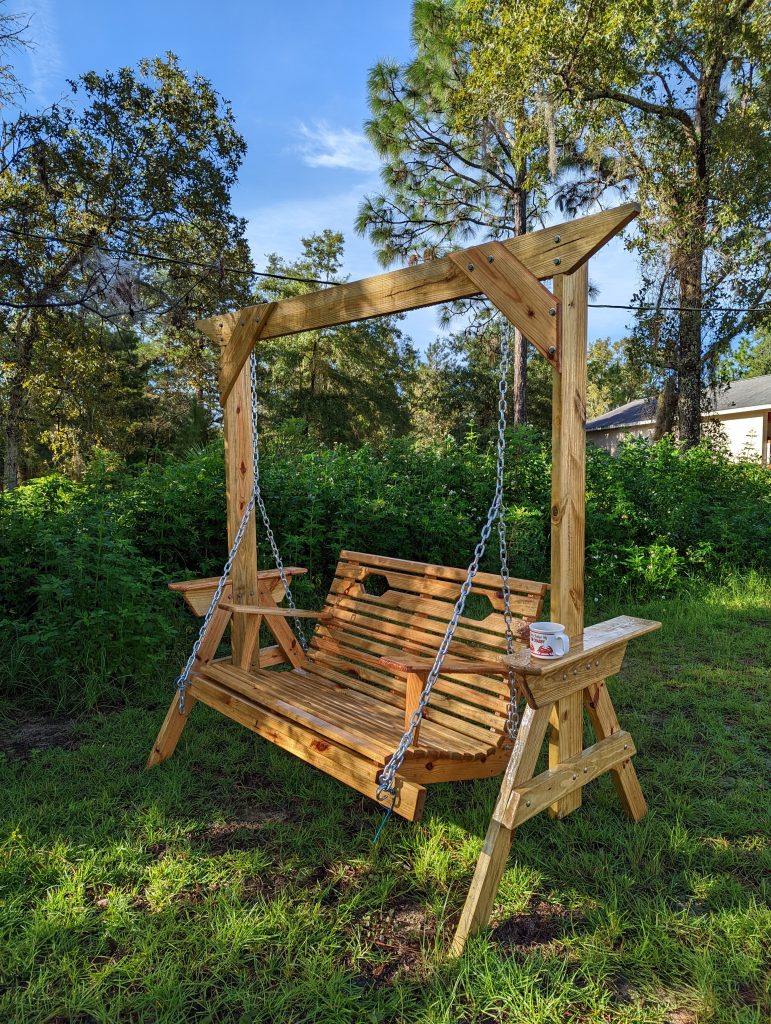 I got a swing, which I’ve wanted forever. It’s everything I thought it would be and I love going out there in the morning and having a cup of coffee and watching the world wake up. It’s nice to sit in for a few minutes here and there throughout the day, too, just to swing and enjoy the nice breeze and watch nature. 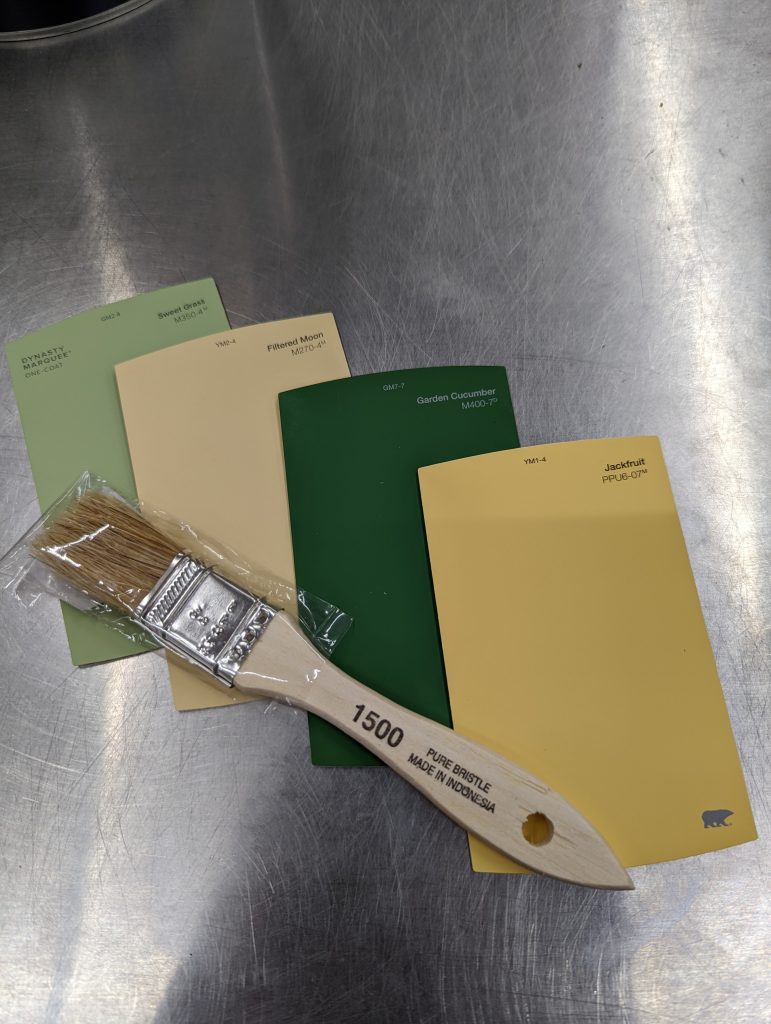 Lastly, I’ve bought a few paint samples. I want to paint the main bathroom, two walls green and two yellow. Then use the extra paint for the other two bathrooms, one green and one yellow. So that’s coming along, too, and after I paint the bathrooms, I’ll decide on what color to paint the kitchen. And then I kind of want to replace the broken tile in the kitchen and dining room with laminate flooring. And in about another ten days, there’s going to be a huge change-up in the back yard, as we get rid of the sadly rotten deck and put in a replacement that is going to be muuuuuuuch different, so I’m holding off on saying anything about it until after – it’s going to be amazing, though! Trust me!

All of this is amazing.

When Tim died, I didn’t want to make any decisions for a year, about if I wanted to sell this place and move, or stay here, or what. I wanted to stay here for a year before even thinking about making up my mind. But the more I see what’s going on in the world in regards to housing prices, and how hard it is to buy a house, I … I don’t think I want to go anywhere for a while. I’m better here. There’s no way I could sell this place and buy anything comparable, and if I feel safe and comfortable out here, why not stay? Five or ten years? Sure, it may be in the future when I am old and infirm, a place like this might be too much for me. But right now the only thing that’s too much for me is my fear of not being able to do it. And my amazing friends are helping me see that I can. 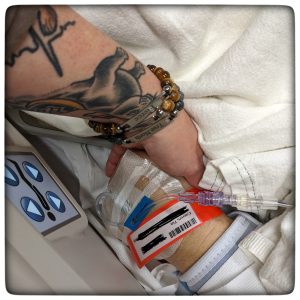 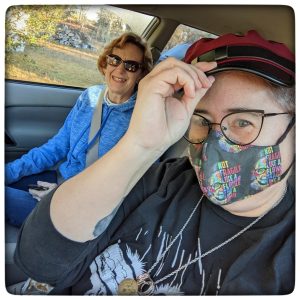