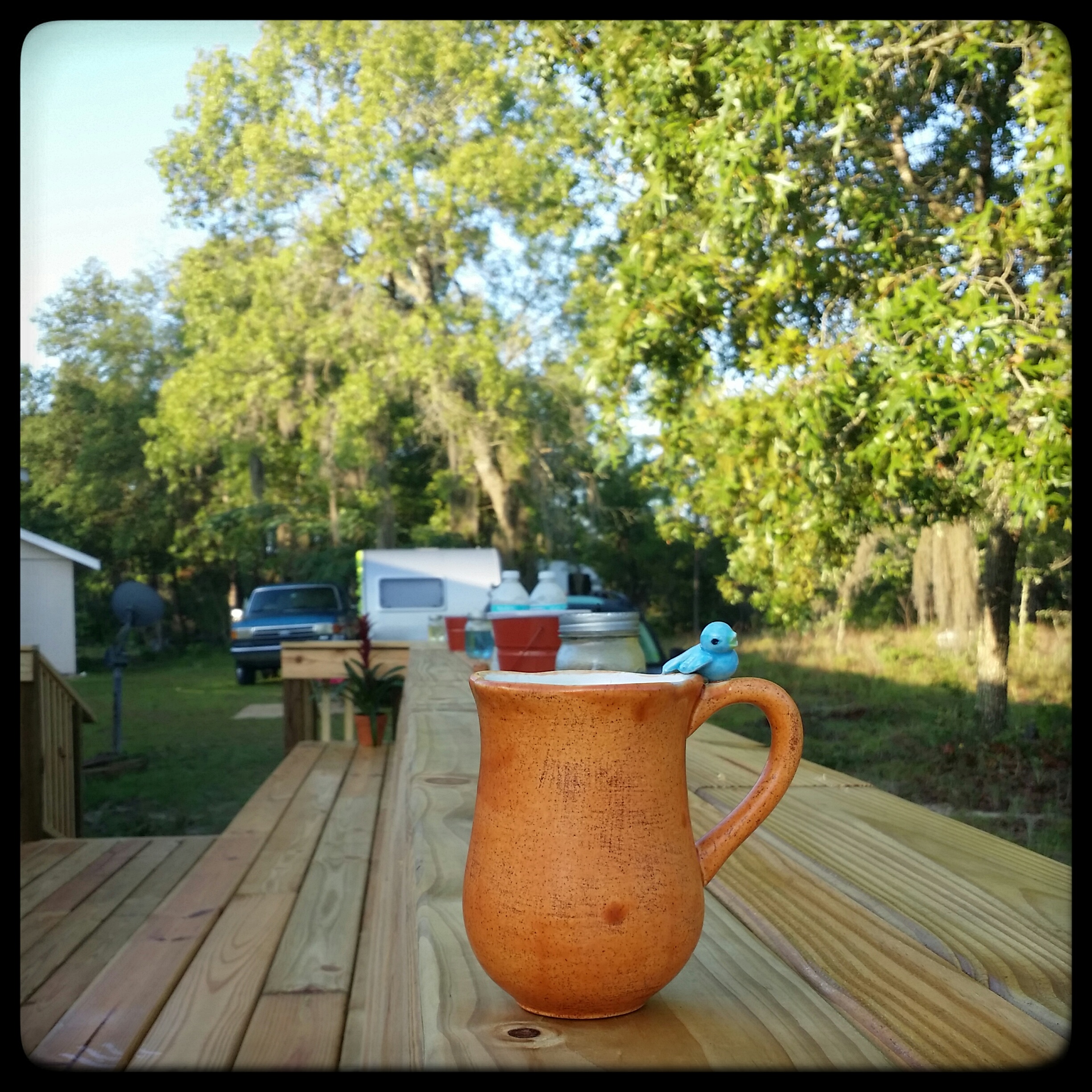 Ever since we moved in, there’s been a large turkey oak tree looming over one corner of my studio. You can kind of see it in the background of this photo; the trunk is pretty much right smack in the middle of the photo (look past the mug, past the two water bottles) and it leans up to the left. When it was alive, you might not think it was leaning that much, because it was covered with leaves. However, once it died? uuuuuuugh.

Here it is again, just a few days ago…

Yeah. Precarious, right? Every six months or so since we moved in, I’ve casually/not casually mentioned to That Poor Man that if it falls, it’s definitely taking out that corner of the studio, and that corner of the studio contains my two electric kilns. That would put a huge damper on the functionality of HaldeCraft. He didn’t want to do anything with it until it was well and truly dead, and this spring was the first year that absolutely no leaves have come out on it (last year it had… I don’t know, maybe three branches that put out leaves?). A few branches have fallen off here and there over the last few months, and he’s pulled a couple more down just to test the quality of the wood and the remaining strength of the tree.

He decided it was time, so a couple of days ago, this happened….

Good thing they tied it off where they did, and Joe pulled mightily on the rope, because between that and Tim’s excellent chainsaw technique, it missed the studio by about a foot.

Maybe less than a foot. It may have kissed the AC unit on the way down, heh.

But now that’s one less thing I have to worry about, something that I literally worried about every time I’ve eyed the tree, especially in about the last year when it started to show signs of dying. Is that something you would have spent energy worrying about? Was it silly of me to worry? I mean, it didn’t keep me up at night or anything (not like that stupid thing I said to that one girl in the third grade, haha)… but when I’d walk past the tree, every day, I’d think about it. Now it’s like a huge weight off my shoulders. Thaaaaaaaaaaaaaank goodness! 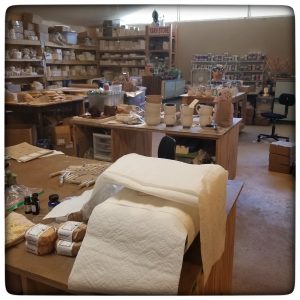