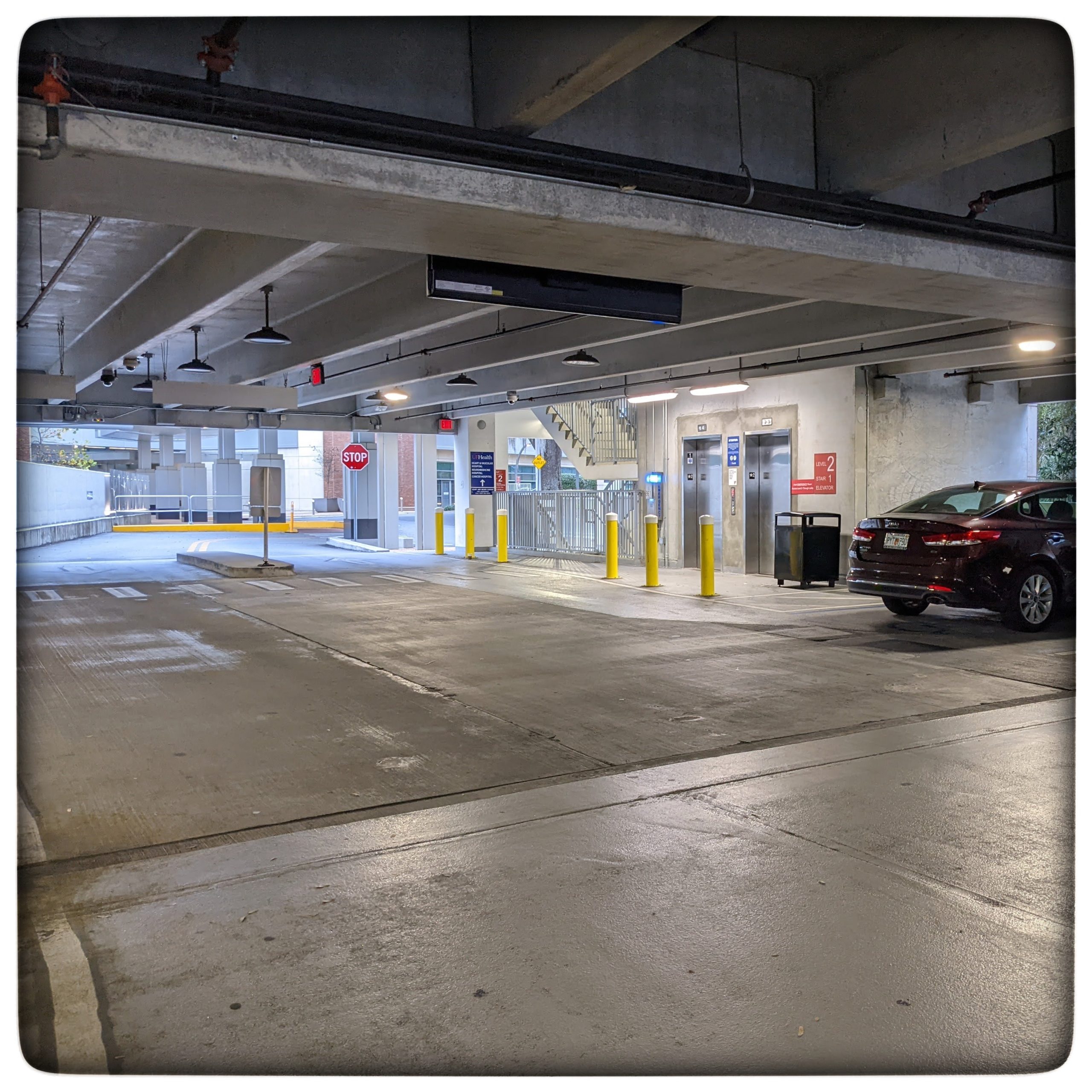 Now, as I’m going back over these… I can kind of see why some of you told me you had to stop reading. That you wanted to me there for me while all of these terrible things were happening to me but you just couldn’t keep watching them happen, one after another, no pause between the hits, every hit worse than the one before. I mean, yeah, it sucked while it was happening. But I didn’t have a lot of … scale. I couldn’t let myself see it getting worse and worse or I wouldn’t have been able to carry it. I just had to take every day like it was just a thing that had to be got through, same as all the other days. But now? Holy crap. It really was getting worse and worse. No wonder I was so exhausted all the time. But also, no wonder I felt so untethered. I couldn’t let myself acknowledge to myself how steadily heavier it was getting. 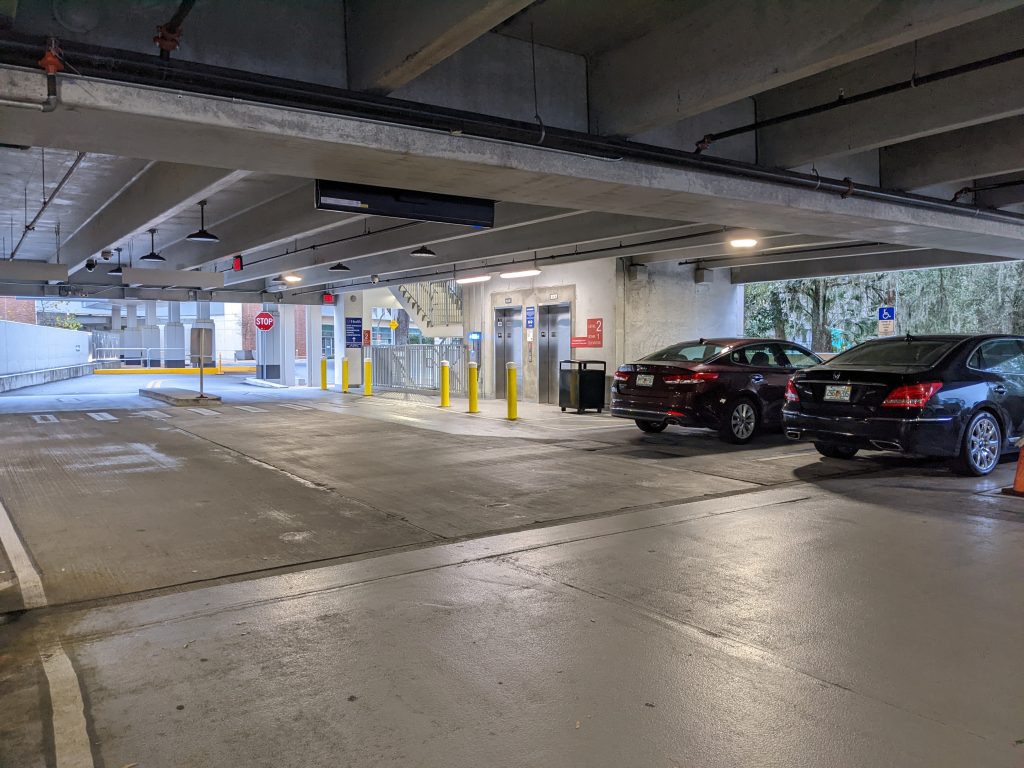 I don’t want to brag but I got sleep last night in two 3.5 hour blocks instead of a handful of 90 minute increments! I feel like a new person today! Not a completely functional one yet, mind you, but better. (Side note, I wish I had drawing talent because I have an idea for an ongoing comic called “Brain Weasels” about five weasel-like creatures living in a brain of someone going through emotional upheaval and, well, hilarity ensues.)

Not much today, so far. I thought I’d missed rounds (I got here a few minutes after 9) but it sounds like they haven’t done rounds yet. When I got here Nurse Daryl and a support/floater nurse were getting ready to clean Tim and turn him. We were chatting, and said our voices sound familiar (it’s so hard to tell faces you’ve seen with masks!) and it turns out she was one of the 4th Floor nurses. She kept thanking me for the Edible arrangement, and the gift basket! I kept thanking her for the good care they took not just of Tim but of all of us! It was a thank-fest!

Meanwhile, it sounds like the doctor who preforms the trach still doesn’t want to do it today, either, although yesterday they were hoping to. They just still don’t like his numbers as much as they want to (also everything seems to move slower on the weekends). Nurse Daryl says that they’ve been lowering Tim’s sedation levels, because he seems more capable of doing things on his own, but the more they lower it, the more he coughs. This is both good (clear out those lung boogers!) and bad (it doesn’t look at all comfortable and it isn’t really a deep, clearing cough). They still have to suction him when he’s coughing like that. So (and again, they haven’t had rounds yet) but Daryl thinks they might sedate Tim a little more, and bronc him again today to clear out his lungs, and do the trach tomorrow. It kind of seems to me that they’ve said this the last two days in a row, though, so I wish they’d just do it. Of course, the heart surgery was going to be “tomorrow” for like four days, so, I guess we’re still ahead? 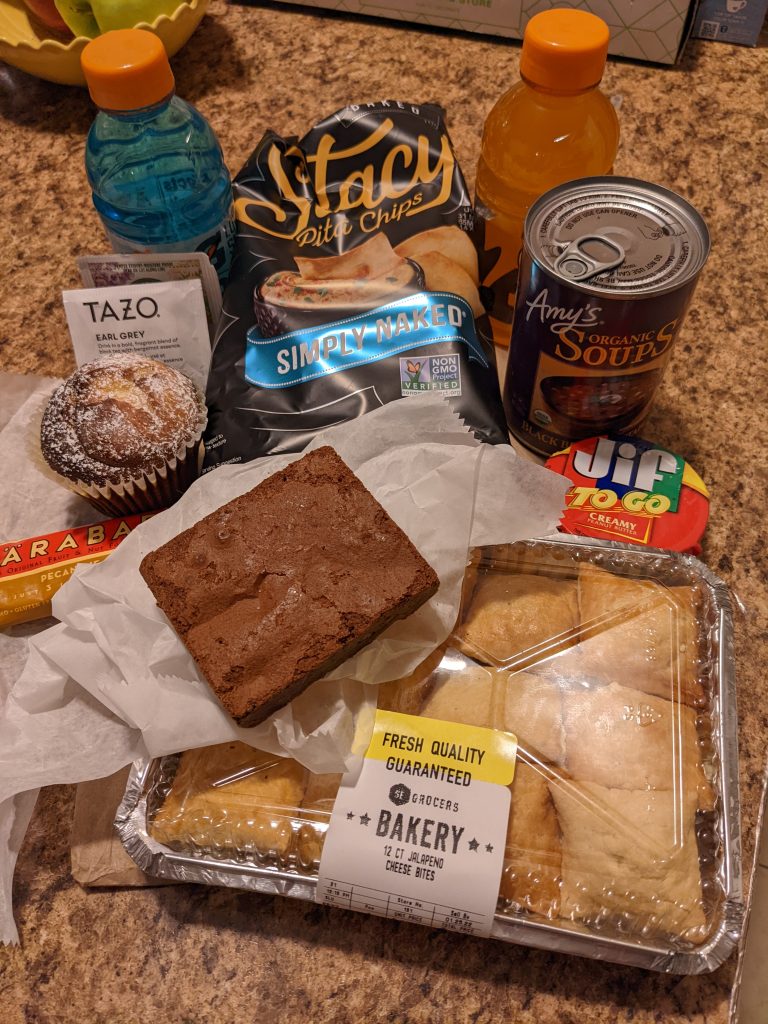 How sweet is this care package? A lovely woman who is a nurse at Shands, was a customer at the yarn store that Ginger and Sharon and I owned, and we’ve remained casual Facebook friends since then. She saw my posts, could tell what I was going through, and brought me some love. Community, y’all. It makes love leak out of my eyes.

Dishes stacked, the table cleared
It’s always like the scene of the last supper here
You speak so cryptically that’s not news to me
The flood is here it will carry you
And I’ve got work to do

Come on home, the team you’re hitched to has a mind of its own
But it’s just the forces of your past you’ve fought before
Come back here and shut the door
I’m stacking sandbags against the river of your troubles

The only other thing really going on today is that both the Nurse and I are certain that Tim is having an allergic reaction/rash to something he’s on; yesterday we thought it was one thing but either it’s moved, or there’s a second rash showing up on his back. The laid-back doctor who looks like Central Casting sent up someone to play Stoner Surfer Boy #3 in the remake of Point Break thinks it’s nothing, but I’m about three seconds away from HULK SMASH because it looks so much like an allergic reaction to things that I’ve had before that I can feel my entire back itching in sympathy. So nobody worry, I am ON this. Truuuuuuust me.

Anything else….? Yesterday, Sharon lured me out into The World and we had lunch at Mojo, and then ran a few blocks over to the Thelma Bolton Center to check out the Community Garden that our friend Erin is in charge of. I took some pictures, I’ll add them to this post in a second. Then it looked like heavy rain was coming in, so I left a little bit earlier than usual so I could beat that home (which I did). THEN, Denise and Tarrant invited me over for dinner with them and Sharon, so I went, and … I ate stuff. And we laughed. And we talked about things they can all help me with. And then I came home and I didn’t sleep badly. Oh, and I watched another round of Amy whooping ass in Jeopardy… we’re all, as a nation, on a first-name basis with her, right??? I don’t know which I like more; how well she’s doing, or how happy for her Ken Jennings looks when she wins. I really do love winners being happy for other winners. 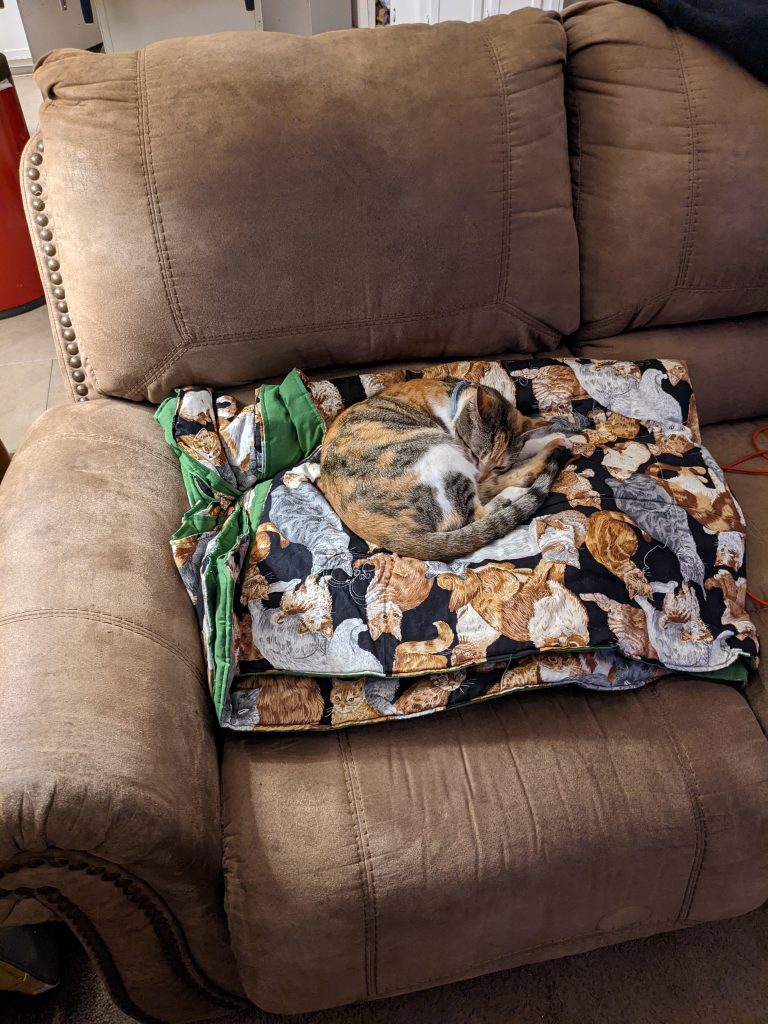 Just come on home, the team you’re hitched to has a mind of its own
But it’s just the forces of your past you’ve fought before
Don’t you recognize them anymore
I’m stacking sandbags against the river of your troubles

The above is what I wrote to both family and posted on Facebook, and below here is a bit that I sent just to family, and didn’t post on Facebook.

I did notice when they turned him that he’s working on a full-on rash all over his back. I was a little disappointed becasue his chest wasn’t red today at all, so I was hoping they’d fixed the Redman Syndrome but it looks like it’s just moved to his back. I was like, if this were me, I’d be doubling up on Benadryl and slathering cortisone cream all over myself, and Daryl agreed. In fact, he said he noticed it on his back yesterday after I left, suggested Benadryl, and he doesn’t know why it wasn’t administered by the night nurse but he’s going to bring it up during rounds. Then he said “since you’ll be in rounds, too, if I get distracted or called away, will you be sure to bring it up?” … guess I’m an Honorary Nurse now? 😉

More later, as more info comes in! Hope everyone is staying warm!

There’s the given and the expected
I count my blessings while I eye what I’ve neglected
Is this for better, is this for worse?
You’re all jammed up and the dam’s about to burst.

Just a quick update that one of the doctors walked by, I waved him in and brought up the rash, and he tried to tell me it was an allergic reaction to the sheets (Daryl pointed out that Tim doesn’t have any sheets, and is on a series of sterile bed pads/slide things) so then he tried to tell me how it wasn’t the antibiotics and I was pretty much like “dude, I really don’t give a shit what it is, fix it. Give him Benadryl, get him a topical cream, whatever. If you want to figure out where it’s from, awesome, but my immediate goal is to keep him comfortable, so let’s do that, yeah? Maybe stop ignoring the symptom and do something about it instead of telling me what it’s not from, yeah?” … so now he’s off to consult the other people on the team and get a topical cream. Listen, dude, you seem like a nice doctor for someone sent up by Central Casting to cover the part of a stoner surfer dude, but I’m going to be here advocating for my husband and the longer you drag your heels on it the more of Your Worst Nightmare I’m going to turn into. Make my husband’s life easy, or I’m going to make yours very difficult. Make your choices.

Another quick, post-bronc update. Doctor Surfer Dude says that Tim did really well with the bronc; so well that he could probably do the trach today, except he’s not sure they can get it scheduled at this point. But that if he did this well today, he should almost certainly be fine for it tomorrow. Also, as they were asking me to leave for the bronc (boo, the other people let me stay in!), I mentioned to two other doctors who look a little older and better paid, about the rash, and Dr. Surfer Dude broke in with “ma’am, we are working on that”… to which I replied, “great,” and then turned around and continued to ask the other two doctors if they’d look at it before the bronc and weigh in with their thoughts. That I’m not trying to be pushy (lies, I totally am trying to be pushy) but he can’t advocate for himself so that’s what I’m doing here. That if it’s a contact allergy, let’s take care of it, but if it’s an antibiotic allergy, let’s figure out which one and change it out before it gets worse, yeah? So after the bronc, Dr. Surfer Dude admitted that it is likely an allergy to an antibiotic they switched out two or three days ago for the pneumonia, but that his run on that is supposed to be complete tomorrow, but they’re going to look at taking him off it today in case it is the culprit. Meanwhile they are still doing to do a topical antihistamine for the rash. Damn right they are, is all I’m sayin’.

Come on home, the team you’re hitched to has a mind of its own
But it’s just the forces of your past you’ve fought before
Come back here and shut the door
I’m stacking sandbags against the river of your troubles 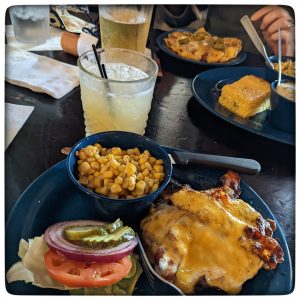 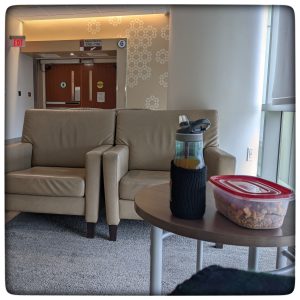