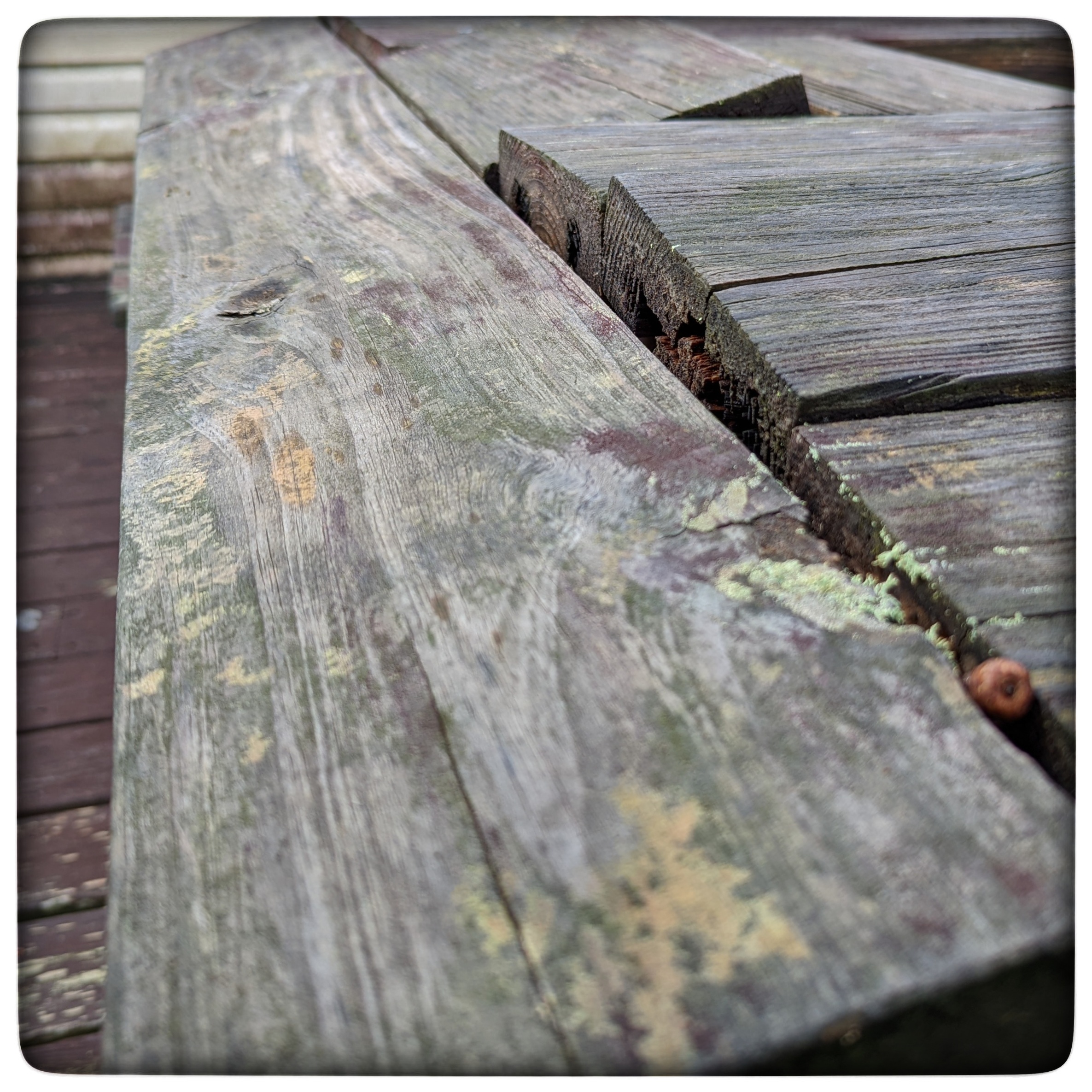 We need to talk about your deck.

I’ve been struggling with how to talk about your deck. You had such a good time designing this deck. Not as much fun building it, but definitely a fun time designing it and you were proud of it when you were done. Everybody absolutely loved that you thought it up, designed it, and built it yourself. “That’s so amazing,” they’d say.

I never really knew what to say.

You asked me what I wanted, before you designed it. I showed you pictures of the porch we had out at Tree Frog Farm, the porch that I judge all other porches by, the porch that, if I’m honest, is the only type of porch that lives in my heart. You listened to what I said. You looked at the pictures.

And then you ignored everything that I said I wanted, and did this.

But as it is, it was in the full sun half the day, which means that other than before 10 AM or about an hour before sunset, it was punishing to sit out there. Or impossible, if it was raining. So it hardly ever got any use. There was the party when we moved in (and you finished it). There was the time we ate Thanksgiving dinner out there, with three tables full of laughing, happy people. Other than that….?

I asked you, when you said you were done, if you had any plans to put a roof over it. Of course not. Why? (And that was more “ugh, why would I bother?” and less “why, do you want or think we need one?”. You were done; you’d done your part, designing and building it. You didn’t see the need to do anything else. OK; fair.

I asked you again, a couple of years later, when you mentioned how it was so hot out there and we were almost never out there. I suggested a roof, and maybe screening it in, would make it cooler and with less bugs.

You also didn’t like the idea, when it started graying in the sun, of sanding and staining it. You’d never stained it, you wanted the look of fresh wood. When I poked at the gray once, and asked if you thought we should stain, or at least seal it, you waved your hand and said you liked the gray and wanted to leave it. Besides — you were done; you’d done your part, designing and building it. You didn’t see the need to do anything else. OK; but… upkeep? Maintenance?

One thing (bless your heart) that you and I never really saw eye to eye on, was upkeep and maintenance. Self-upkeep; going to the doctor, the dentist, the optometrist. House upkeep; sure, you’d mow the yard, but … leaks in the roof? Pressure washing the house? Sanding and sealing the deck? Even, and I hate to say this out loud, relationship upkeep. You married me, you did your part. That you had to keep talking to me about your shit, or my shit, was irritating to you. You’d done your part, you’d checked that box, you were done and on to the next thing.

Unfortunately, now, I feel like the next thing is going to be me, taking your deck apart. 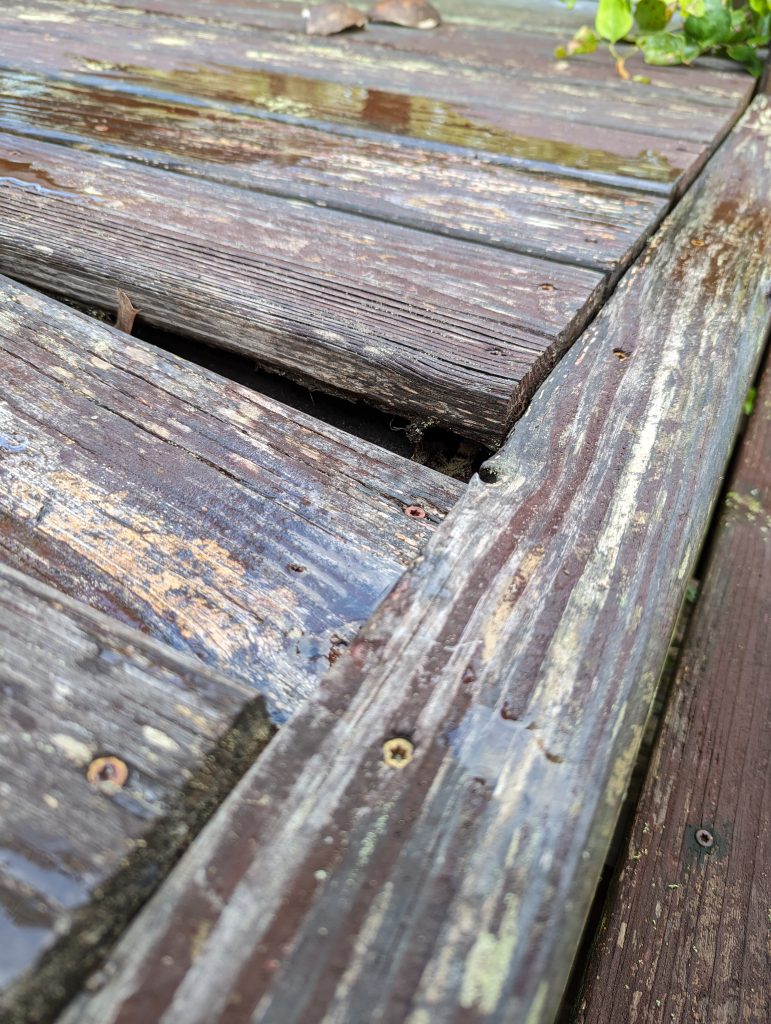 My thought about the deck soon after you died was that I needed to sand, stain, and seal it. Then that first weekend, Denise and Tarrant pointed out what I already knew and you had seen but not gotten around to repairing yet, was that there was one board that was super, super loose. It looked like the wood underneath it was rotting, which irritated you, because it meant that you’d gotten one non-pressure-treated board mixed in with all the rest.

But I still thought, well, I can hire a handyman (handywoman?) to do that. Or, shit, how hard can it be, cutting a few inches out, cutting something to replace it, and screwing the new stuff in? I bet I could do that.

Then Jeff needed work, and I needed help, and we’ve known Jeff forever, so hey! Perfection! Except for when the moment came for me to walk him through what needed to be done with the deck. And the more we looked at it, the more we saw that was just… just. Just so sad. 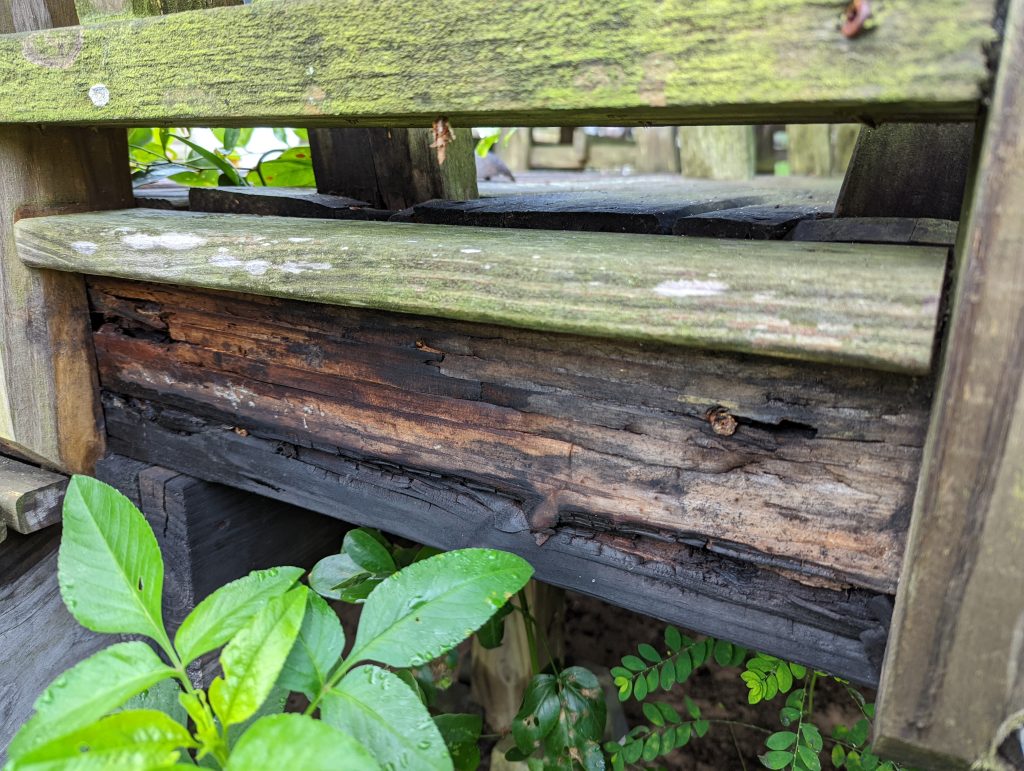 I still thought, well, I can just get that repaired, right? And then we looked under the deck. To find… this. What even is that? Dry rot? It looks like something was on fire… that whole board is almost charcoal.

Jeff let me entertain the thought for a weekend or so that we could just take it all apart board by board, sanding/sealing/staining what was keepable, and making new with what wasn’t. That was so kind of him. But really…. his alternative is the smarter one. The sadder one, but the one that will take less time, less hassle, and is ultimately kind of the better option.

We’re going to completely dismantle it and install something else. 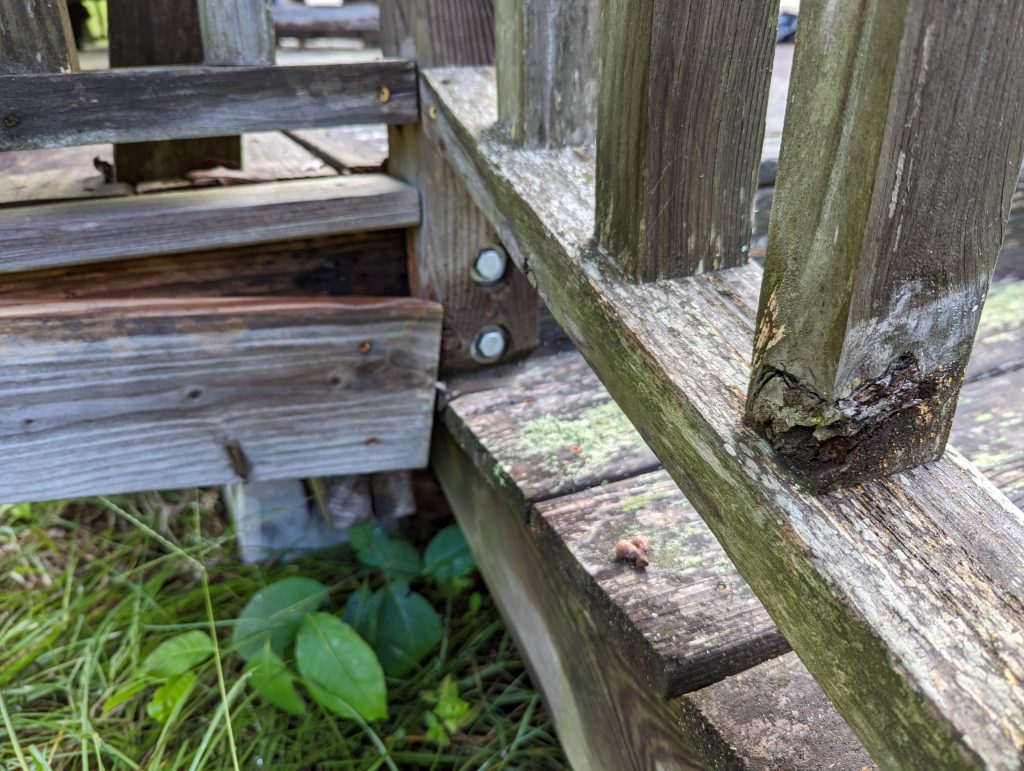 It’s not like Jeff had to spend a lot of time talking sense into me. I kind of knew it, especially by the time I was walking and testing all of the boards on all of the edges and almost everything is spongy. I knew it would all have to come down. We might be able to salvage a board here and there, but for the most part… this deck, I’m afraid, has had it’s best life already. There’s not really much I can do without swapping out each and every piece of wood.

And as much as I love how much you loved designing and building it, do I really want to completely rebuild it in the exact same space the exact same way?

Or do I want something that’s a little more me? A little more how I live, not how we lived?

So it’s with a heavy heart that I thank you, Timmy Sean, for the hours and days and weeks you spent bringing this deck into the world. But in about four weeks, next time Jeff comes up, we’re going to dismantle it. I’m so sorry. I really am. But I’m getting afraid to even step out onto it, and with a new dog, now, I’m going to be spending more time in the back yard. 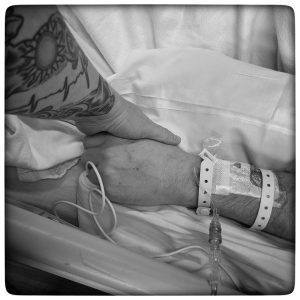 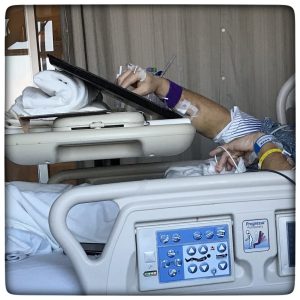