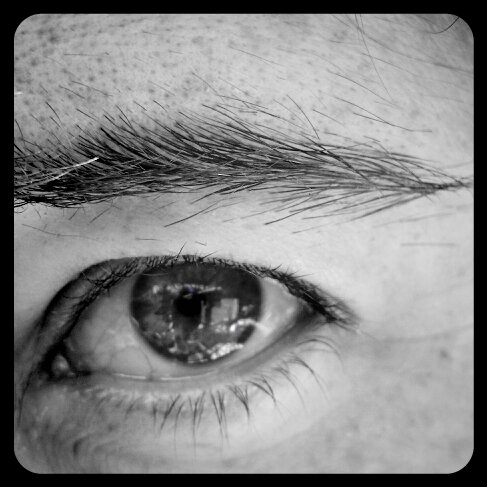 I blame Julia Cameron, training me on brain dumps with those damn morning pages. Three pages, by hand, every day, brain dump. It clears the mind and gives focus, but also… it has taught me how to work things out by writing them down. This is probably why people tell me I over-think things so often. I don’t — I don’t think I’m any more overy-thinky than the next person with chronic anxiety (HAH! Shout-out to my fellow fucked-up-brain brothers and sisters!). I’m just… more open about my thought process. Which brings me to this.

Dudes. My eyebrows are out of control.

Recently a friend asked me if I wanted to do a thing. Not, like, a vacation trip or anything fun or to pick them up a bag of lemons at the store … they asked me if I wanted in on a big project idea they had – would I like to take this on? And my gut reaction was “OH HELL NO” because …. do you not know how much free time I already don’t have? Why would I even consider taking on a new project that might have at most, a weekly deadline? Are you fucking insane? Do you think free time just falls out of my butt like diamonds and cupcakes?

But that’s not what I said. Instead, I did what I’ve learned to do when faced with a decision that’s really big. In my journal, I wrote out the pros and cons and included in that list what my life might look like if I did the thing, and what my life might look like if I didn’t. Honestly the “don’t do it” list was about sixteen times longer than the “hey, this might be fun” list. But this is a friend and they deserve my consideration for their ideas, even if I ultimately say ‘no’.

So then I did what I usually do… I wrote an email. I listed the top couple of pros and cons from my list, mostly how I was troubled by how I would fit this in because of X, Y, and Z. I asked why they really wanted to do this – what was their reasoning, was it this or this, is this a thing they really want to do or do they just want the end result of the thing. And I countered with a couple of options, if they really wanted me on this journey, that were similar in end result but much much less trying in scope (for me).

Nope. They actually said “wow, this email is way too long for me to read, can I just call you?”

Have they called me? No, of course not.

Do I expect them to? Probably not, at this point. Hahaha, especially if they read this blog post, which I doubt they will, since it’s already three times longer than the email I sent them, and if they didn’t read THAT??? Although they may call me to yell at me. Whatever. I ain’t scared a’ no ghosts.

Anyway, I see this whole interaction as having multiple levels. Like an onion of an unfulfilling experience. Maybe my friend wanted the end result and wasn’t sure how to get there, and was spitballing ideas. Maybe my friend was feeling really out of control that day because of whatever was going on in their life that week, and was thinking that by starting up this structured thing, they’d get more of a sense of controlling things in their own life. Maybe my friend doesn’t know what they want, just has a vague idea about a thing, and thought that by bouncing an idea off me, sounding it out, it would start to firm up.

But you know what it came off as? Shaming me for how I think about things. I took the time to really weigh this thing that this person suggested, and then they shamed me for how I approached considering their idea. That makes me both very sad and very angry.

Perhaps some of this is exacerbated because a couple of days after this, they said some things about another friend of mine that I feel they had taken the wrong way – I know my misunderstood friend very well in person, and they only know them online, and I don’t think that’s really a way to make a judgement about somebody. I felt like I needed to defend my friend to my friend, and that’s … an uncomfortable position. You know how it is when you’re the person saying “but it’s not like that!”…. it totally sounds like it’s actually like that, and you’re just denying it. Ugh. It made me sad that someone who’s judgement I usually trust is so shaken right now. Is it them or me? Is something going on in their life that I don’t know about, and it’s just bubbling over into this? Or am I…. changing? Growing apart from this person? And I don’t want to think about any of those things… which means I haven’t been blogging a lot the last week and change.

But I need to let aaaaaaalllllllllll that shit go, so here I am, writing about it, so I can hit “post” and send it out into the universe and get it out of my head.

To leave this post on a lighter note, here’s Moya, helping me watch Farscape the other morning. I like to pretend that she’s so interested because it’s her namesake show, not just that I have a warm lap for her to sit on. 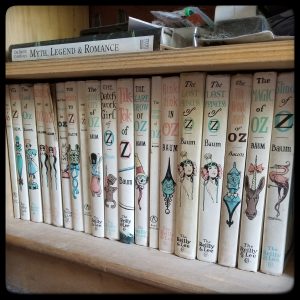 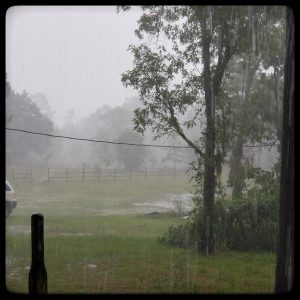