Did you know that every social media site with a logo/social media icon has a page with appropriate icons you can use and how you can (and can’t) use them? They usually call it the “best practices” page. I’ve now read through so many TOSes and gone back and forth between the WordPress app that doesn’t have all the icons I want, vs just making my own even though I’m not supposed to, vs continuing to use the ones I have that I like (but aren’t technically OK) even though they don’t link to everything I want them to, vs writing them all out like a dang list and just using, you know, THE WORDS (which would you believe some sites don’t want you to do!? You *have* to use their approved logo or nothing! WTH!)… Plus, in regards to an automated widget I can plug into WordPress, what about the fact that I have two Facebook accounts to link to, a personal one and one for HaldeCraft? And two Instagram accounts, one for HaldeCraft and one for the tortoises? And two Twitter accounts, even though I don’t pay attention to either of them? And, and, and, and … y’all. Stick a fork in my brain.

This is my “amused by technology” face.

ANYWAY. I’ve given up on getting exactly what I want out of the social media icon widget thing. I wish I didn’t care so much about the rules or I’d make my own. I also wish I didn’t care so much that there’s no way to make the two Facebook and two Instagram icons sit next to each other. So it looks like I got to the end of the list and then did some a second time for no reason. Blargh. Right. ANYWAY.

In file sharing/backups between computers, I’m almost completely moved over from Dropbox to pCloud. The only thing I have left in Dropbox are a few shared folders between friends. Everything else is now seamlessly uploading to pCloud and sharable between all my devices… which means that social media is easy for HaldeCraft again as I can take pictures and edit them with my phone, and upload them somewhere I can reach them later with my desktop, laptop, or phone. That’s all I wanted, Dropbox. Why did you have to make that so complicated?!

In phone batteries, I bought some new cables to run between the old portable battery I already had, and that solved the problem. I thought the battery itself had gotten old and decrepit but I just needed better cords. It’s now charging my phone (in the new case) in about an hour, just like it used to do with the phone I had before this one. I also bought a wireless charger to bring with me to craft shows, but it turns out the case I have is too thick for the magic wireless battery juice to get through it so I have to take my phone out of the case to charge it wirelessly, and I’m not handing my uncased unprotected phone over to people at events where it can be dropped easily. One of the cords I got is a 10-foot cord, so the charger can still be on the table and I can hand people my phone with the cord attached. If they’re taking my phone more than 10 feet away from me anyway, I’d be following them. 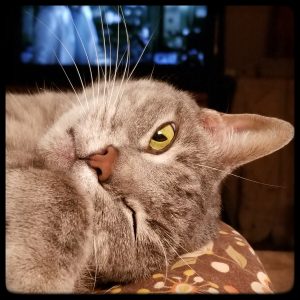 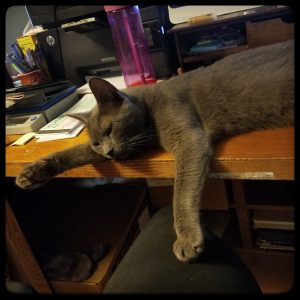