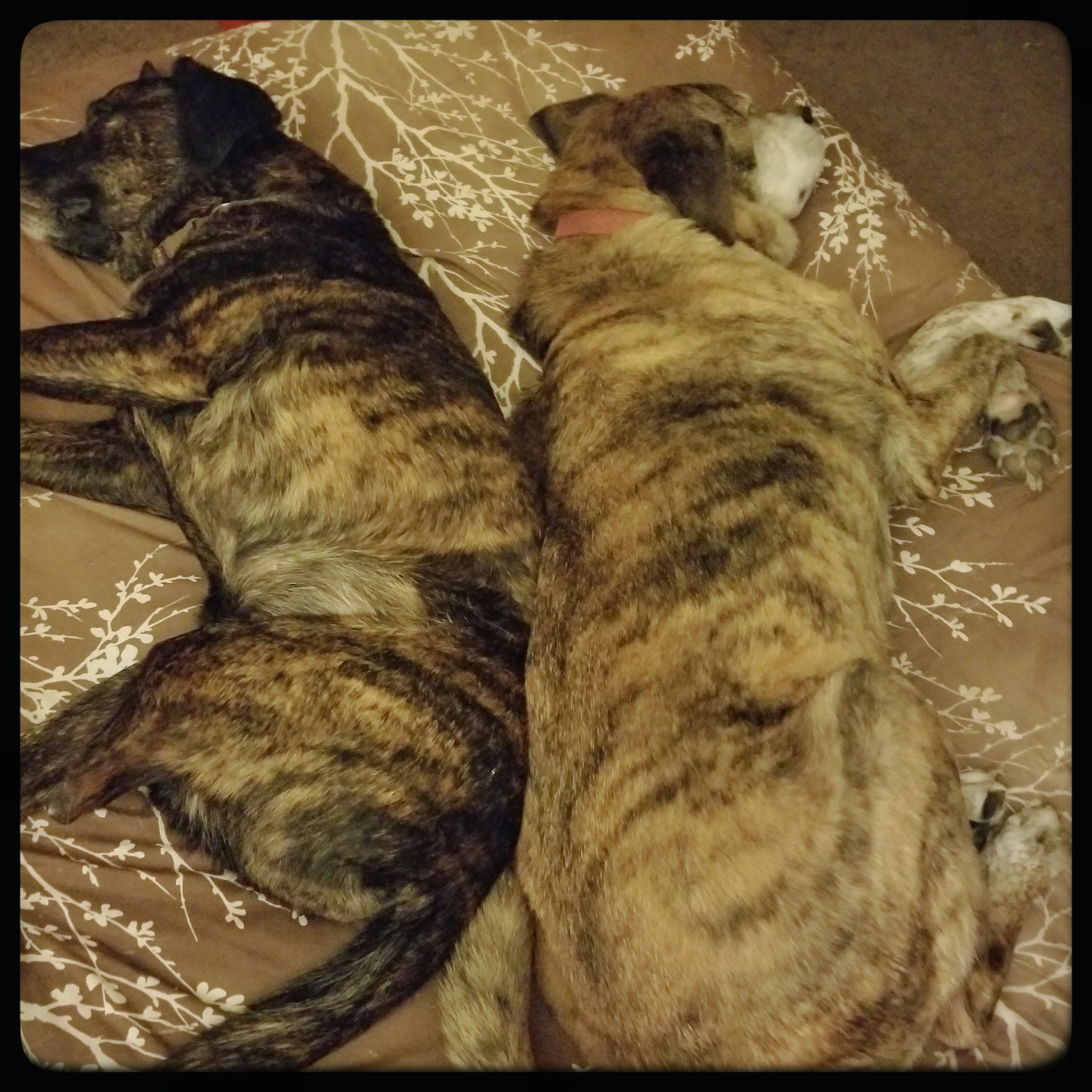 We’ve reached that part of summer that’s full of rain… and boy howdy do we need it. Remember just a week or two ago when I was saying that all our grass was brown and dead? Green and lush, now, yo! Normally it means an afternoon thunderstorm, and we’ve had those, but we’ve also had a lot of rain at night. A lot. Which means Lindy is in search of snuggles when there’s thunder… don’t tell Corwin but there’s some physical contact going on here, and she’s not fighting it…

I know it’s not snuggling like some of y’all show your dogs snuggling, but it’s more contact that we’ve had other than dog fights, so I’ll take it.

It might be time to stage the rolling pin intervention, y’all. I keep getting these with the idea of “that’d make great ceramics” and yet do you see me finding time to … actually make things? Well.

I had a really productive day at work yesterday. I did a lot of slab rolling (I’ll show off the pictures … uh… what is today? Thursday? Next week, then!) and I did a lot of thinking and I did a lot of evaluating of what I want to make vs. what sells well (or doesn’t) and I wrote lists to come back to later after I chew on a few more things. And I updated some long-overdue-for-an-update pages on my Ravelry group! The “current colorways” and “retired colorways” were way behind the times, and I also caught up with the pages describing yarn club/HaldeCrate. Don’t worry, I did forget to do laundry — I haven’t suddenly become a fully functional adult or anything.

A lot of my friends are talking about the Chernobyl miniseries on HBO (I’m assuming it’s a miniseries and not an ongoing one? I don’t have HBO any more) but recently Tim and I watched National Geographic’s The Hot Zone. Holy cow, was that good. It made me want to back-to-back rewatch Outbreak and Contagion. (Yes, I know The Hot Zone is inspired by true events – in fact, I lived in Reston around that time! – and the other two are fiction.)

There’s more I could ramble on about this morning, but it’s been raining on and off all morning and it’s getting darker now and starting to thunder again. I want to get this posted before our satellite internet craps out due to cloud cover. 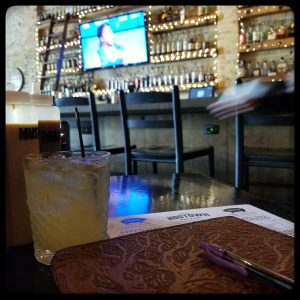 Previous post Entirely too much fun for a Monday 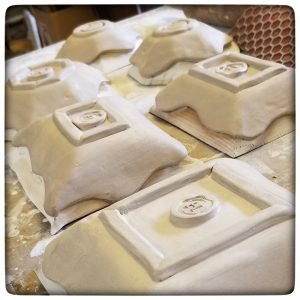