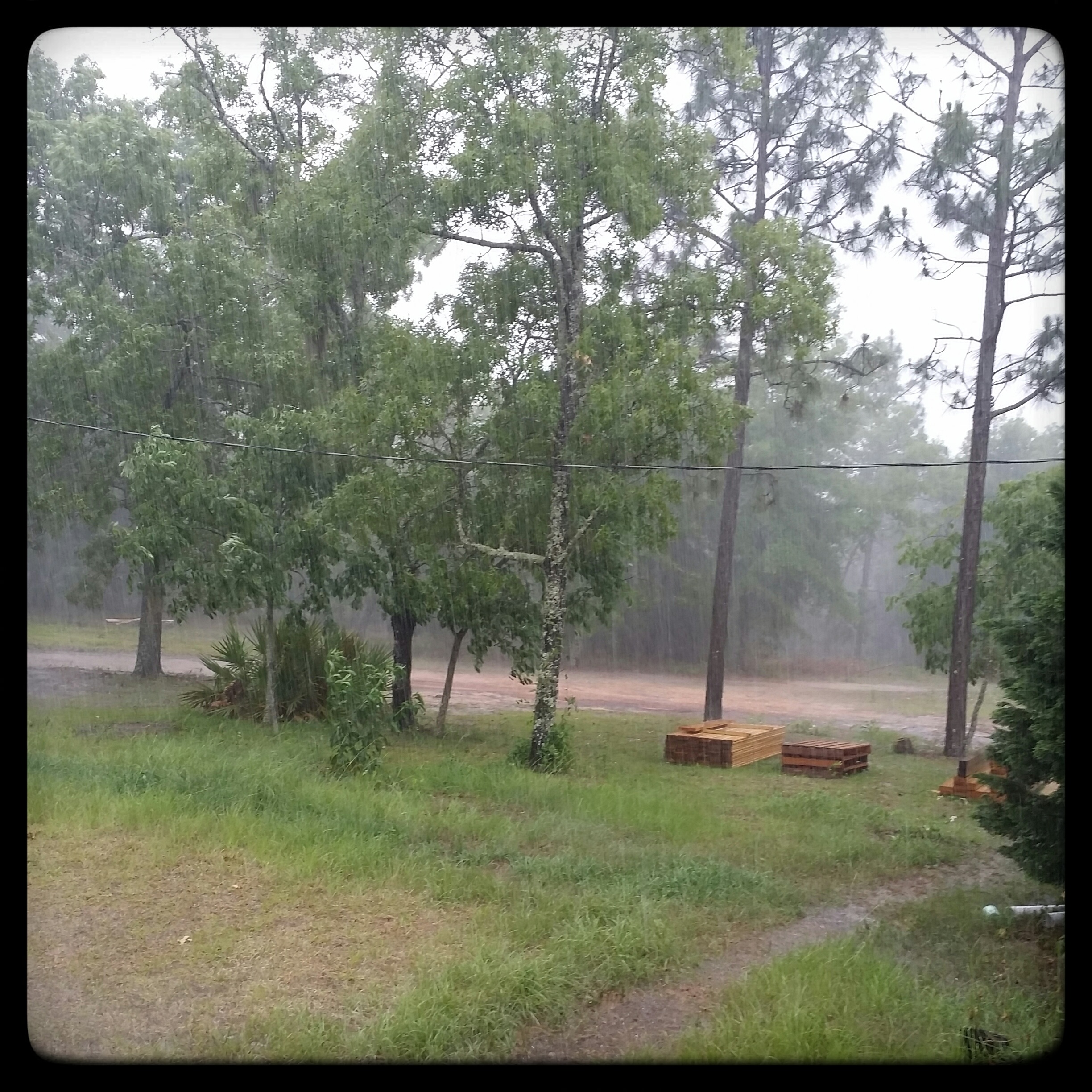 Which means I slept great! I love the sound of rain. Even the dog didn’t wake me up trying to crawl into the bed because of thunder, so either I slept through that too, or there wasn’t a lot of thunder. Oh, hey, I finally got that picture of rain to load!

Yesterday I got a lot done in the early part of the day but after about lunchtime my brain went down for a nap and didn’t come back until almost dinnertime. I only got three of the eleven mugs trimmed and handled, and while I got all the yarn overdyed I kept forgetting to set my alarm which meant I kept forgetting about the yarn… so it took close to nine hours instead of six. Oops hahahahaha. But that’s OK, my productive morning yesterday made up for it. I’ll have to channel that productivity today – I need to get that kiln loaded and those other mugs trimmed and decorated. I’d like to do a glaze firing on Monday and then a bisque firing by Wednesday at the latest. If stuff is dry enough. Ugh! The bisque firing might have to wait until Friday, and then another glaze firing on Monday of next week. (I swear I’m not just trying to fire more times this year than I did last year!)

Huh. Apparently my brain is still back in bed, I don’t have much to talk about this morning. Have a great weekend, y’all!

Previous post Is it time to go back to bed yet? 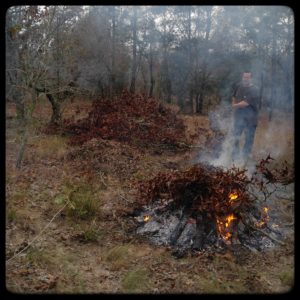