Next time I move*, I don’t think I’m going to buy a bunch of new furniture for the new house at the same time. I do love the new bed, don’t get me wrong — both of us have been having back pains that have pretty much disappeared since sleeping on the new mattress, and I love these new reclining couches with big hearty hearts; but since about half our furniture is still at the Gainesville house, and the half that’s at the new house is new, it just doesn’t feel like home yet.

It’s not bad, mind you; new things are good! We needed new things! I love the new couches, the cats already understand that recliners mean more lap space without me having to contort myself on the old couch in order to make as much lap space as I can without also throwing out my back. We definitely needed new mattresses, proven by our already-improved backs. But they just don’t feel like OURS yet. We’ve only had them a couple of weeks. And most everything that’s not new, is still in boxes, because the furniture we need for unpacking those things is still at the Gainesville house. So being in your home that doesn’t feel like you’re home  yet.. it’s… disconcerting. It’s like staying in a hotel, with some of your stuff, but not all of it, and your pets are there (at least, they’re all there NOW; they weren’t all there until yesterday). And most of everything around you isn’t completed, so there’s no turndown or room service. And you have to cook your own food. (Speaking of which, Tim bought a new grill while the stove was out, and damn but can that man do a steak on a grill! I’d eat that every night… except he probably can’t do his macaroni and cheese on the grill, and I’d miss that. He does appear to have gotten the stove fixed, though, as of an hour ago, so, HURRAH!)

I realize it sounds like I’m saying I’m not happy, and that’s not true; I’m in a much better headspace than I was the day I moved out there and thought I’d made the biggest, most fucked-up mistake of my life (I think 99% of THAT particular stress was coming from Comcast, in retrospect.). Overall this is just stressful, in little ways. The stove not working. Nothing feeling familiar yet. Not having all the cats out there until yesterday. Until this morning we didn’t even have a towel rack to hang towels on after a shower! The back deck had to take a back seat (HAH!) to finishing the dye bar, and there’s still not a fenced-in area so we’re walking the dogs four or five (or six) times a day. Routine is out the window, and I have to admit that in spite of my dream of being foot-loose and fancy-free, I am at heart a creature of habit. I can handle little changes, and there have been – I’ve been loosening the grip on my routine steadily since the beginning of April. But I think at this point the only routine I have left is that when I get up, I have coffee, and then I do stuff…. and eventually I get tired and I fall asleep. Was it just a couple of months ago I was bored out of my mind? I must have been crazy. I’d pay good money for an evening spent sitting on the couch, knitting, watching The Blacklist and having cats argue over who gets my lap.

But, as I’ve been saying, eyes on the prize. There’s a goal we have, and we’re getting there, we’re just fighting for it every step of the way. It’s a hard fight, and this place will be amazing when the fight for getting things right is over. And most importantly, we’re still looking in the same direction. 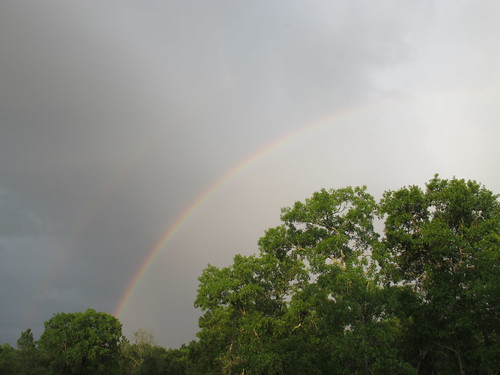 *Holy mother of Gawd, let there not be a “next time”. Unless we hire Strapping Young Things and the shit all gets done in one day.