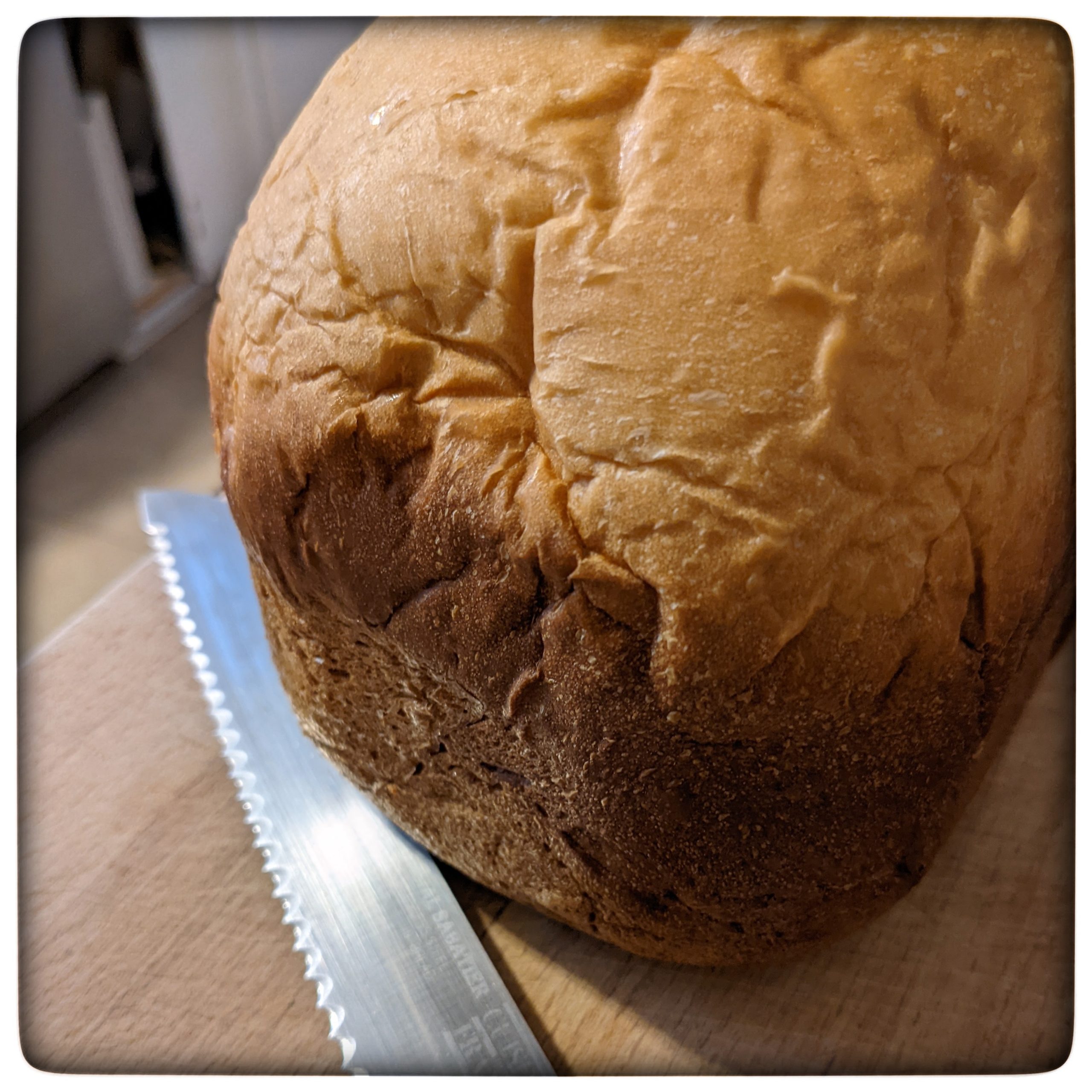 I took a day off! I didn’t write anything to family (although I have a vague feeling that I may have talked to them on the phone that day), so there’s just what I wrote on Caring Bridge. This was, I think, one of the only posts I wrote that was pretty much entirely about me, until after he died. I tried to put something about him every day, even the bad days, but this day… I needed time off. I think the hospital might have called at least once to give me an update, but it wasn’t monumental news so I didn’t update anyone (bad Lore!). 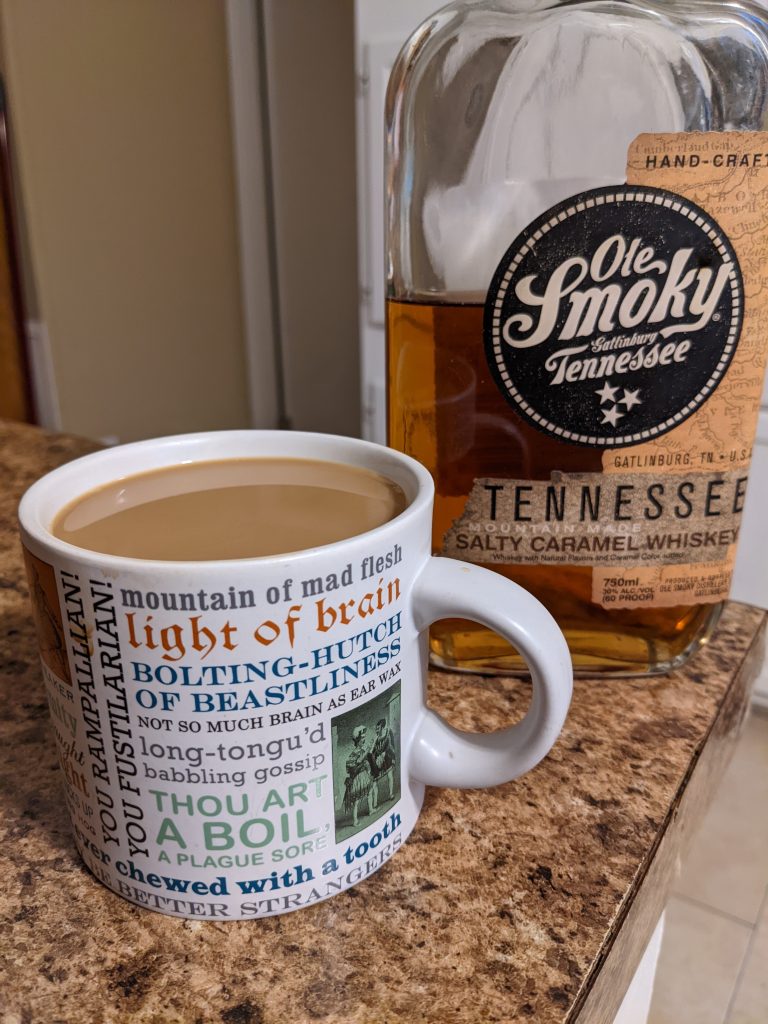 I lied, no real update right now. I’m making myself take a day off, and I honestly can not tell if I’m okay with it because I do really need to step back and breathe, or if I feel like an asshole coward who’s letting today’s constant rain be my excuse for not driving into Gainesville.

To be fair, all I really did for the four hours I was there yesterday was stare at Tim and cry, and, well, I can cry at home and not have to drive through the rain to do it. OK, I’m trying to be snarky/funny and I’m totally failing. 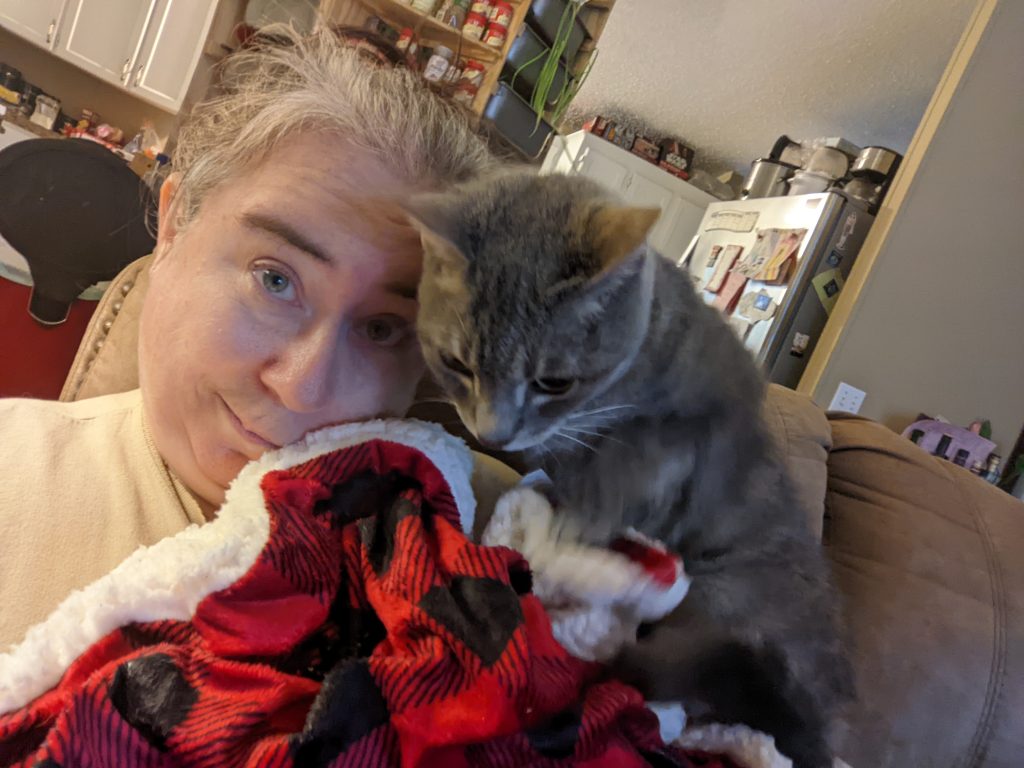 Well, not my literal cup, which I just added some whiskey to, in my coffee. That cup is full. But my emotional heart-cup is bone dry today. Not even dry husky tea leaves in this here heart-cup. Just a layer of dust. Perhaps if I stay home today, and go from the couch in the house to the couch in the studio, making a warm lap for various kitties who are feeling slighted and ignored, maybe that will fill my heart-cup back up and give me renewed energy. 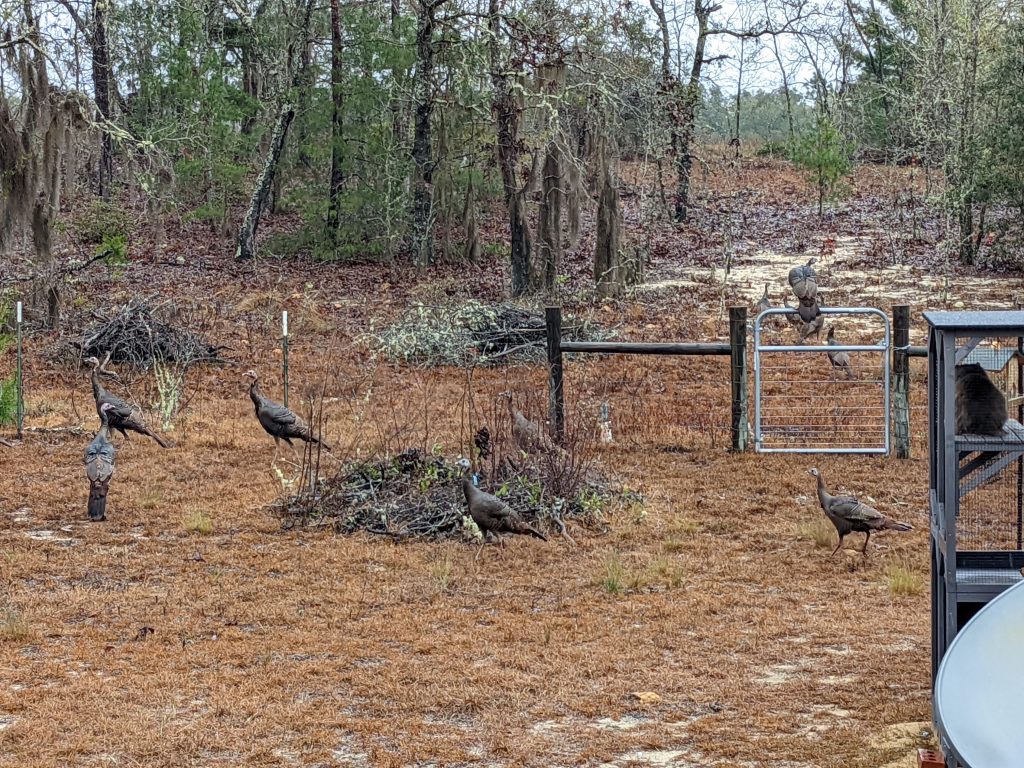 Trades her soul as skin and bones
Sells the only thing she owns, oh oh
Woman in chains
Men of stone

I do have to wonder if part of me being so upset yesterday and today is that I see there’s going to be a Spring GLAM, and I so very much want to apply for it, but I haven’t even restocked from everything I sold at GLAM in December, and the last two months have been such chaos, I don’t know that I can guarantee enough time in the studio to make things for another show at the end of April. I feel like I shouldn’t apply to this one. Even if I did just… I don’t know, pull everything offline that’s online, and bring all of that, I’d still need a couple of days before the show to pack, I wouldn’t have Tim to set up and take down my tent, and I’d need at least a day after to rest and unpack. That would be either, say, four days that I wouldn’t have time to go see Tim, or four days when I wouldn’t sleep. I don’t like either of those choices. But it hurts me in my heart to miss a GLAM. But it would also hurt to apply, get in, and need to back out if things get worse, or to not do have quality stock because I don’t have time to make new things. I feel like I’m having to choose between a shit sandwich on rye bread, or a shit sandwich on wheat. Either one I choose, I’m still getting a shit sandwich. 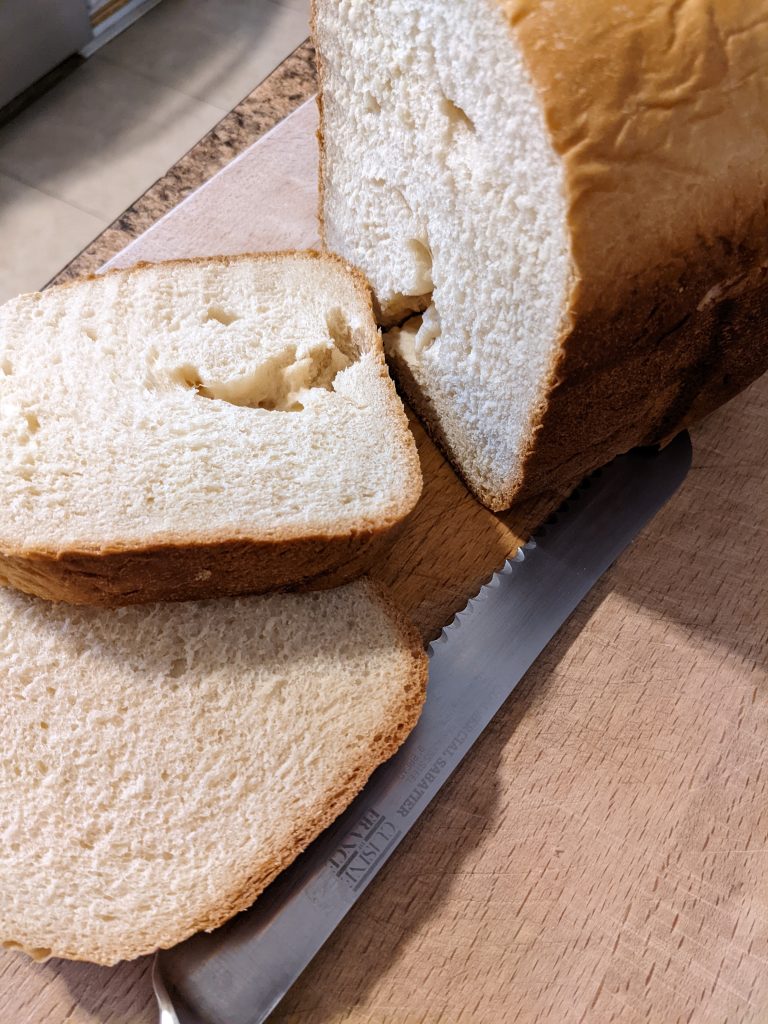 How about some other news? Chewy came through with some canned cat food (I haven’t been able to find boxes of canned food anywhere, just singles, mostly of those small little “who even feeds their cat something this small, what do you do, like, open three of them at once?” sizes. So both the house and studio cats, who have all-access to dried crunchies, but used to get two cans per day (one in the morning, one at night, one can for the house cats, one can for the studio) are being rationed down to one can per day… but they’re lucky they’re even getting that. Now they can CONTINUE to get that, because I was down to about a week’s worth and now I have seven weeks worth. Nobody will starve, although they won’t be spoiled. ….. I got some yarn dyed yesterday for the February Patreon yarn club (I actually chose the fairy tale a week or so ago, set the dye pots up on Saturday, soaked the yarn overnight on Sunday, and dyed it on Monday) ….. Santa loves me …. and we don’t have a new cat, but this Chonkster keeps showing up anyway.

That’s it for me today, y’all, unless I update later with any late-breaking Tim news if I call to talk to the nurse after the doctors usually finish with rounds.

Be kind to yourselves. xoxo 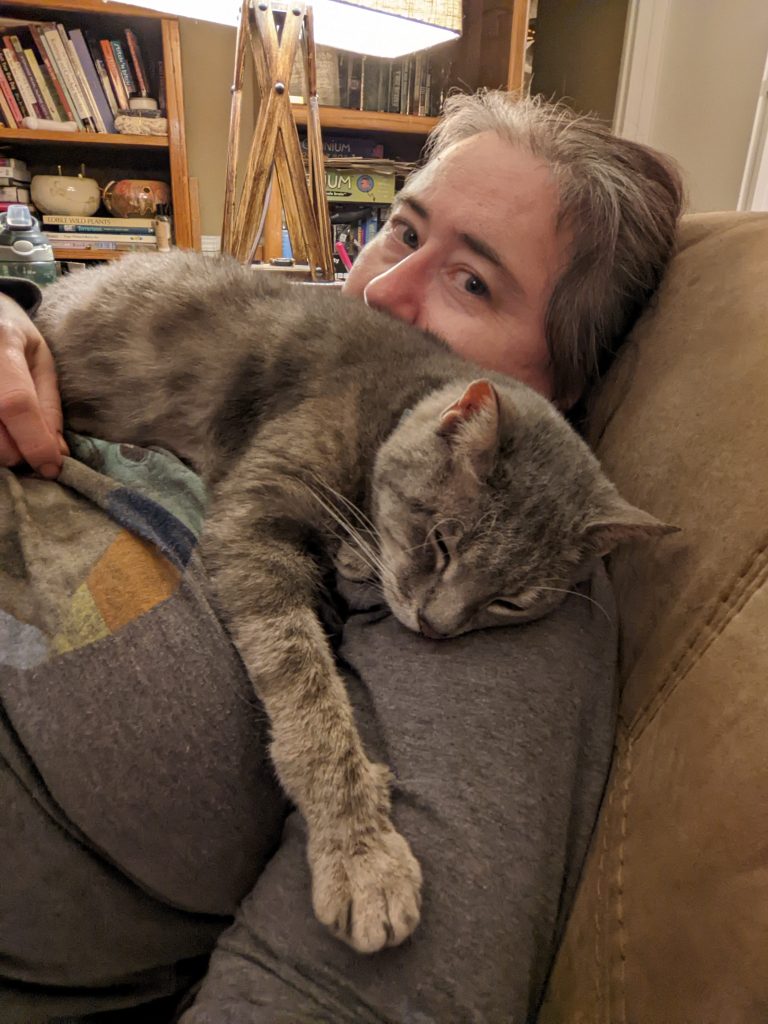 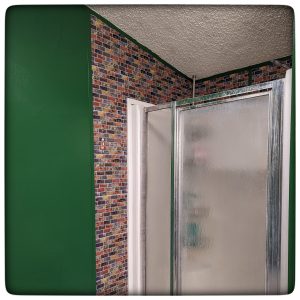 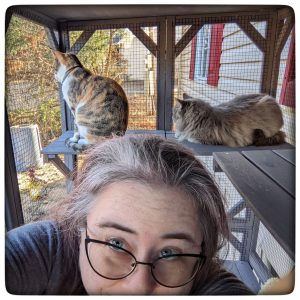