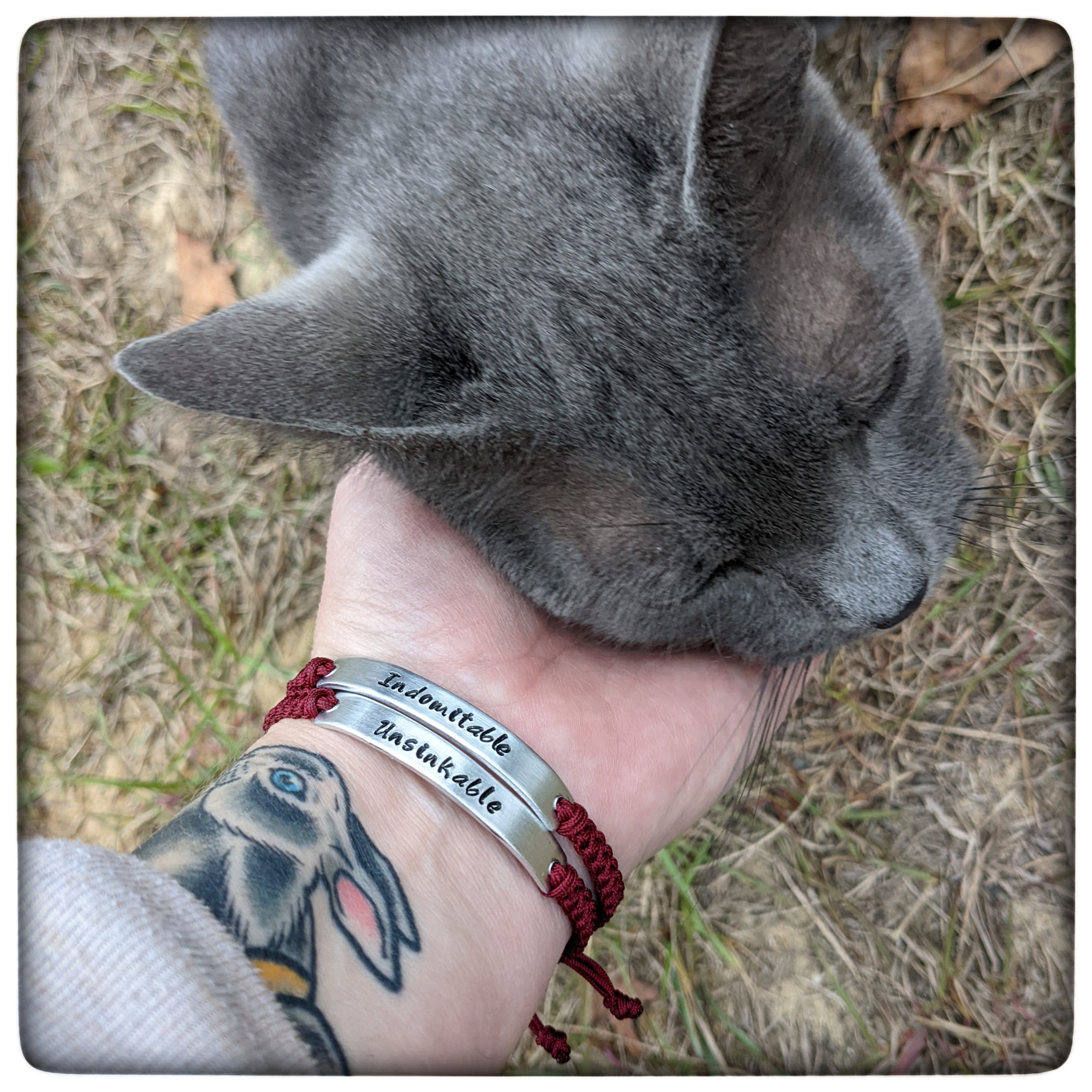 This was the kind of day that was just long, and frustrating, after the day before also being long and frustrating, and when I compare what I told family vs what I told everyone else… I think that if I had not already started writing daily posts I would have just skipped this day, I was that tired. But even if all I did was get online and say “this was a long day” I would do that, because I suspected not saying anything would land me a thousand “OMG IS EVERYTHING OK” texts. So. 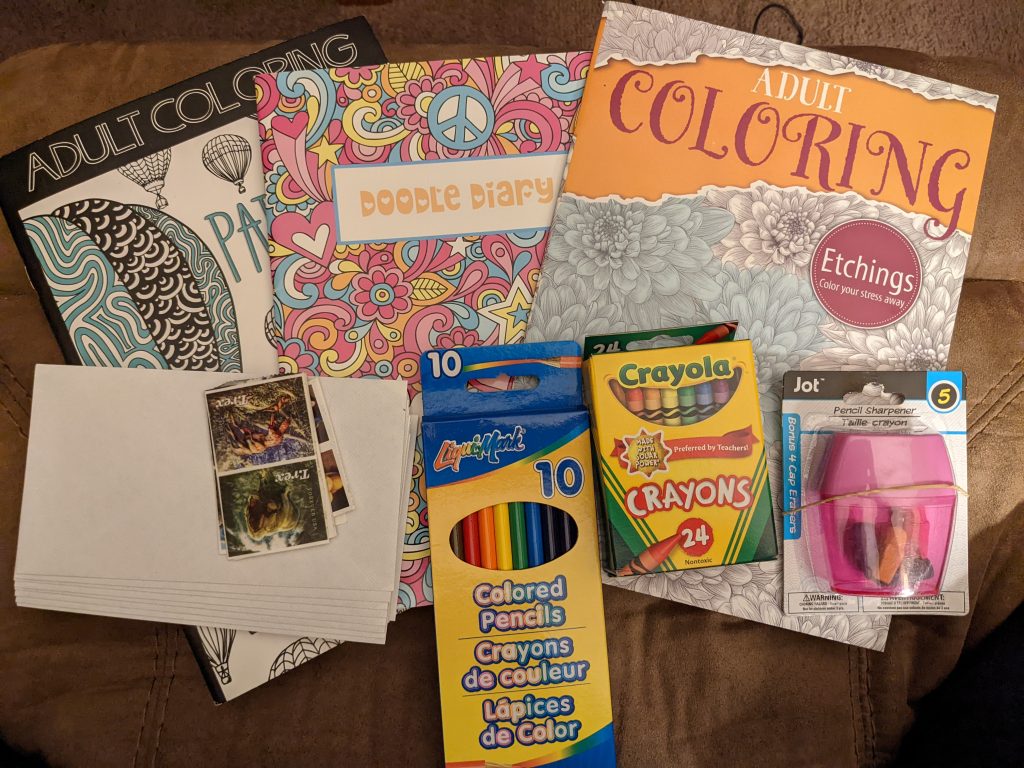 In this proud land we grew up strong
We were wanted all along
I was taught to fight, taught to win
I never thought I could fail
No fight left or so it seems
I am a man whose dreams have all deserted
I’ve changed my face, I’ve changed my name
But no one wants you when you lose

I jinxed it yesterday by saying we were gonna have a slow day — it wasn’t BAD, it was just frustrating and stressful. I could go through the whole recap but honestly I just don’t have the spoons… suffice to say it was a few hours of Tim’s body not being happy about something but he’s barely conscious and isn’t verbal so he can’t tell us what’s wrong, we have to guess what’s wrong by going down a checklist of “what about this” and after some number of hours and some number of scans it seems like maybe he was just dehydrated.

So now this morning! They’re going to keep trying, or try again, rather, to wean him off something they tried to wean him off yesterday that he had a BIG MAD about being weaned off of so they let him have his way for another day. A couple more ultrasounds (I’m telling you, they need a Sweet Dreams punch card thing for those and the CTs), some tube feeding, some teeth cleaning, some occasional turning in the bed, and I don’t know which nurse changed the station to all football, but boy howdy that’s not a nurse that knows Tim. Changing it to the cooking channel as soon as I post this.

Let’s see, anything else? I am loved. I’m tired, but I’m fed, I’m loved, I’m taken care of. I have good people. Give me a sec and I’ll add a couple pictures to this post. 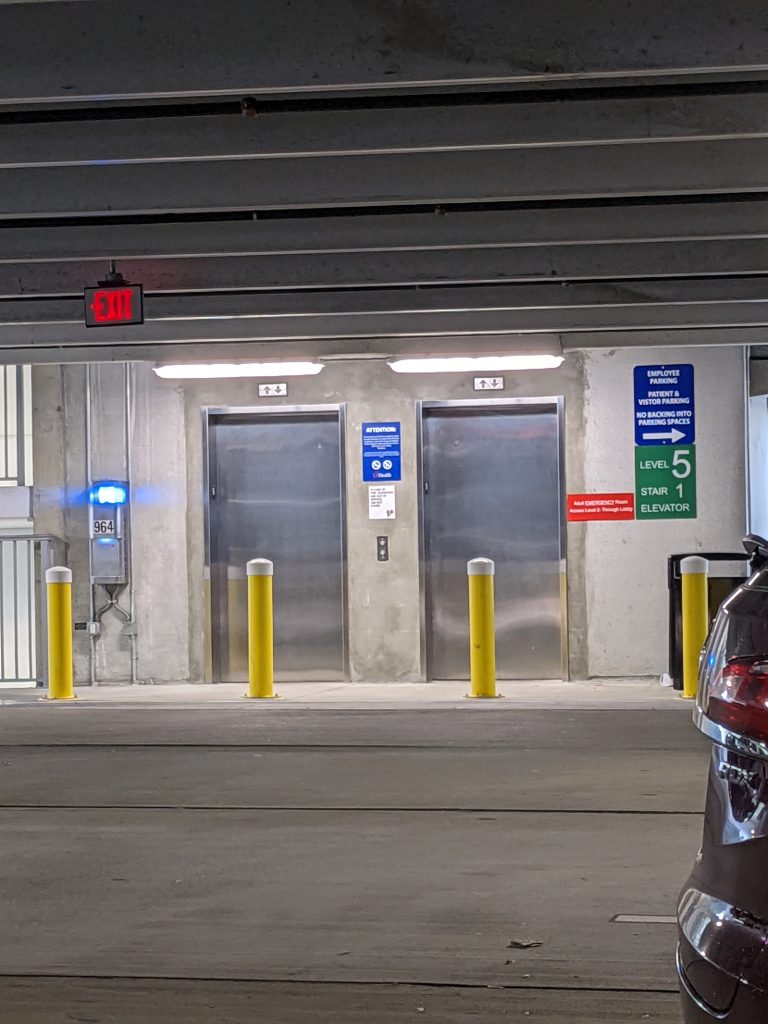 Today in “where did I park?”

Though I saw it all around
Never thought I could be affected
Thought that we’d be the last to go
It is so strange the way things turn
Drove the night toward my home
The place that I was born, on the lakeside
As daylight broke, I saw the earth
The trees had burned down to the ground

This is what I wrote to family –

Did I say a slow day yesterday? How about a slow day today, instead????

Got here just in time for rounds again, but it was crowded — the cardiology team was in here both assessing Tim for an internal pacemaker (they said he doesn’t need one) and teaching a new student how to set the external pacer for backup pace, which is what Tim’s on — basically, his heart is doing all the work right now (81-83 bpm) but if it gets below about 78, the external pacer will kick in and boot him back up to above 80. He’s actually had this external pacer attached for … I don’t know, maybe since the day of the heart surgery? A while, anyway. Sometimes they keep it unplugged and next to him just if he needs it, and sometimes they have it on like this. It’s attached to leads on his chest, it’s not internal at all.

Today he’s just on the Fent, but still a lot of it. They’re going to start weaning him down again, but more slowly than the did the other day in case part of yesterday’s issue was his body having grown too dependent on it. Last night, Nurse Taylor said they tried him on …. ah, I can’t remember the name already but it’s basically like a high-dose melatonin, and he slept really well on it; so they’re going to give him a little of that today as they wean him off the Fent — so I don’t expect a lot of response from him today.

They also don’t have anything planned for him today other than trying to wean off the Fent. They put him back on the feeding tube (they suspended it for a few hours yesterday just in case that was the issue) after I left yesterday, and he’s had another couple of BMs, so they’re happy with that.

Oh, and when I came in they were doing an ultrasound of his liver (which reminds me I think they’re going to do another heart ultrasound either today or tomorrow, just to check on how his new valve is doing – they like to do that once a week for the first few weeks after surgery). What seems like a million years ago but was probably just like three weeks ago, they told me after one of his CTs or MRIs that they saw a small spot on the right side of his liver. It wasn’t big, they weren’t worried, they didn’t do anything else with it. But yesterday they noticed that now he has another spot on the left side, so they did a formal ultrasound of that this morning so they can try to determine if it’s a cyst, or if he threw a small clot there, or what. They just finished a little while ago and so I’m guessing results will be in a few hours.

Uh…. I think that’s everything? I hesitate to say that though because I said that yesterday and then Tim just wanted to play “pin the tail on the symptom” for the rest of the day…..! 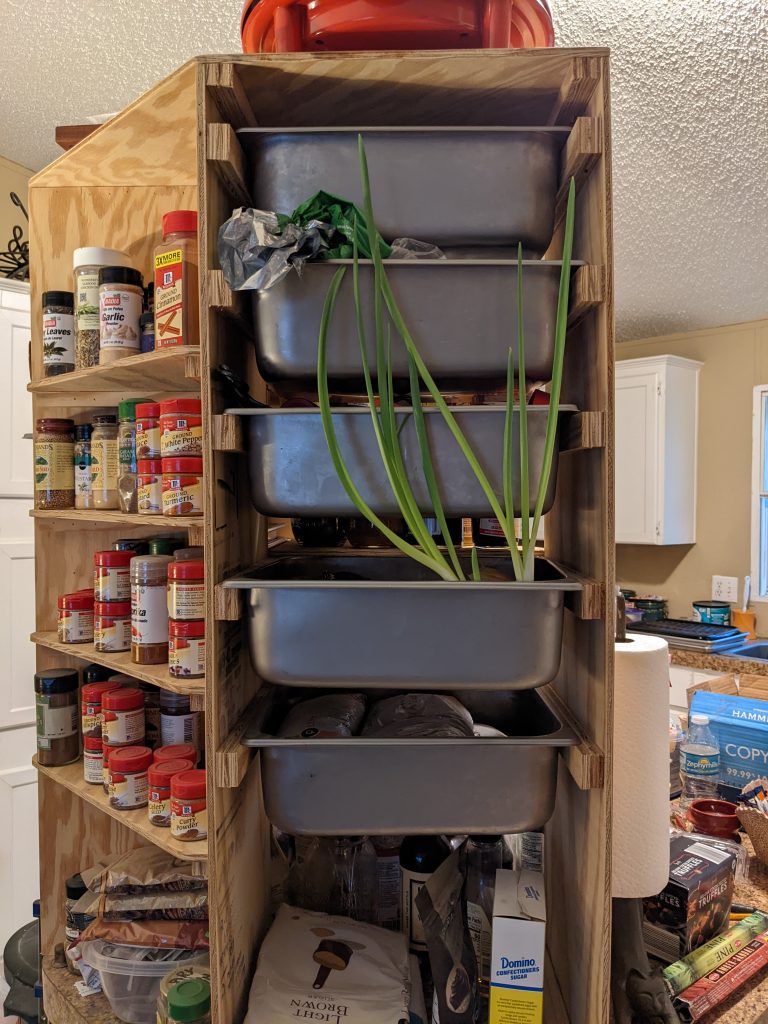 Tim had a habit of putting onions in the trays he’d use for certain recipes, and then never get around to that recipe and THIS IS HOW WE GROW ALIEN POD PEOPLE, Y’ALL.

And now, we finally get to Sarah, the Seagull Case Manager, who is also a Thing That Happened that day. I talked about her on Facebook and boy howdy, did people have Thoughts!

I just had a completely confusing and frustrating conversation with our new case worker, Sarah, who seriously, SERIOUSLY needs some conversational skills. I’m glad Nurse Taylor was in the room and could interpret after she left. Good lord. Case Worker Sarah had the skills of what we used to call when I worked at Jones Edmunds, “seagull management” — as in, she flew in, screamed a lot, shit all over everything, and flew out again before we could even figure out what was going on.

I’m not even going to get into how Sarah said what she said (mostly because my side of the conversation consisted of “what?” about sixteen times while she rephrased the completely inarticulate thing she’d already said), but what Taylor explained after is that the entire conversation was just so that I know that Sarah is working on it behind the scenes. What is “it”? Getting Tim into a rehab facility. The good? Dr. Jeng says that as soon as Tim is off pretty much everything except the trach vent, he can be moved to a care facility. The incomprehensible? He will still need a level of care higher than what most short term care facilities can handle (like the UF Health/Shands facility we were talking about a couple of weeks ago), and according to Sarah, our insurance company is notoriously bad about refusing to pay for long term care facilities (that is the type of facility Tim will need while he has the trach). But all the worry Sarah was causing me was for naught, because (a) turned out she wasn’t talking about this happening three hours from now like she was making it sound (it may actually be a week or more) and (b) the exact facility type that we need that our insurance might not argue about is on the fifth floor of the Shands tower across the street. It is this one (https://www.selectspecialtyhospitals.com/locations-and-tours/fl/gainesville/gainesville/) if you want to check it out.

ANYWAY. To take a quote from the seminal classic, Airplane, “I picked the wrong week to quit sniffing glue.”

Here is the thing that I did not understand at the time about case workers. You get a new one every time you change floors. You don’t get one at the start of your stay and then they see you through everything (although how fucking smart would THAT be?). No. We had a case worker when we first came in. Then we moved to a different floor and I never heard from her again, and I thought she was just super shitty at her job. No, apparently we were assigned another case worker when we moved to the other floor, but we weren’t there long enough for her to get around to us, and then we moved back to the original floor where we got ANOTHER case worker who also never got around to us. Then we came to THIS floor, and we got… what we got.

And what we got was someone who… apparently started that day? Because she didn’t have a business card she could leave with me, she was “Just Sarah,” no last name, like Cher, and she didn’t have an email or phone number. I genuinely wondered if she was some sort of psycho who stole someone’s badge and walked around pretending to work there. She was abrupt, she didn’t have answers to any of my questions, she was busy and noisy, she made it sound like everything she was doing was happening in the next few minutes, and overall, she was a giant drain on what little spare energy I had.

Moved on to another town
Tried hard to settle down
For every job, so many men
So many men no-one needs

Lyrics by Peter Gabriel
Don’t Give Up 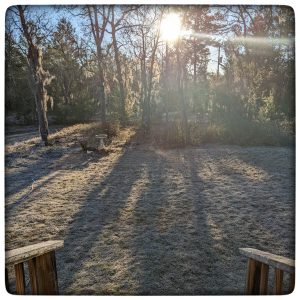 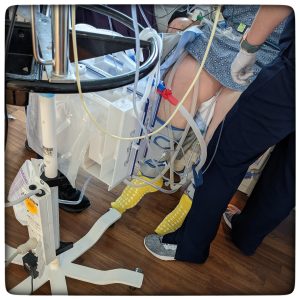