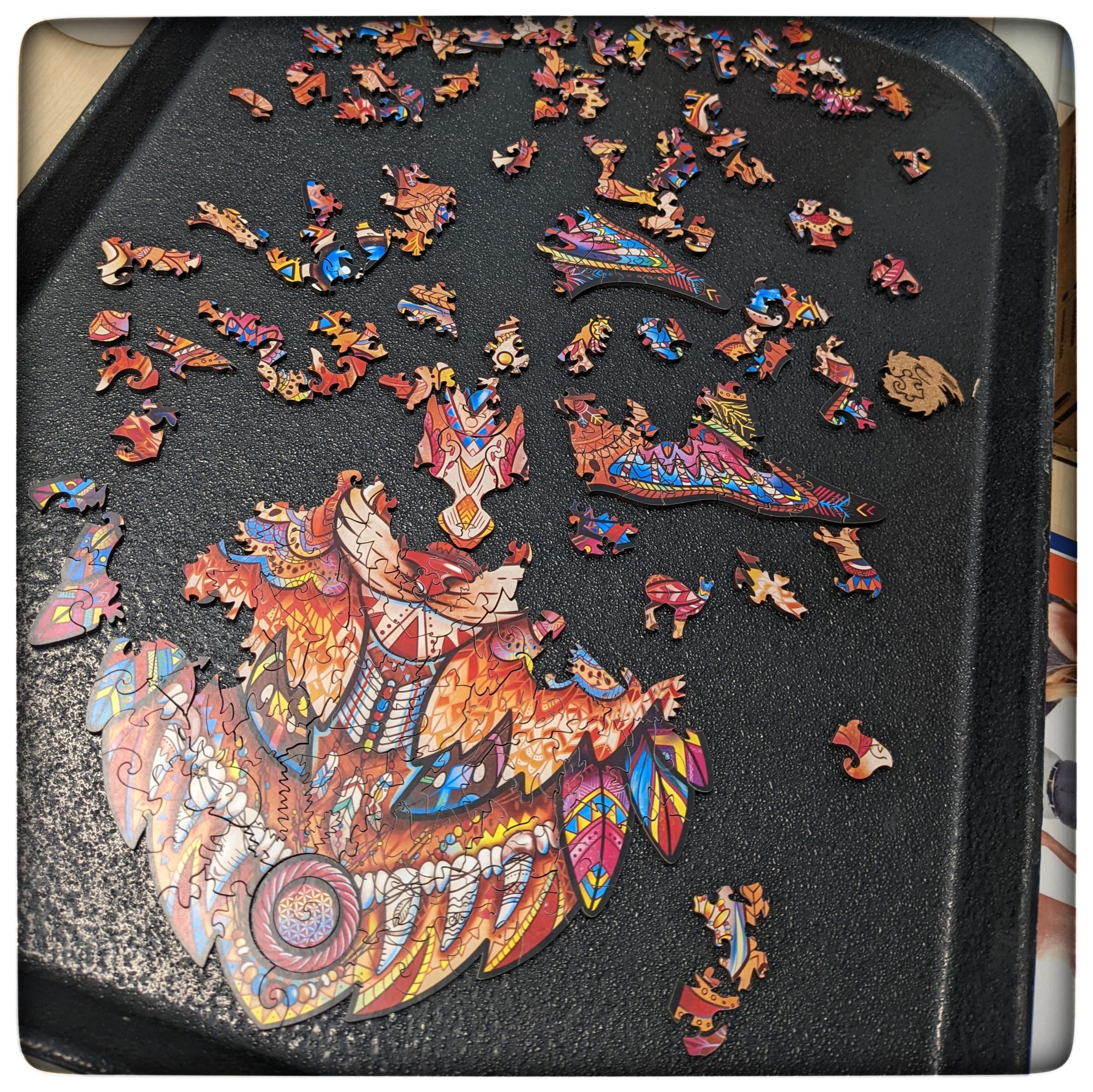 Y’all, I’m sorry, I can’t figure out why this new theme is stripping my text formatting. I can’t find anything in the theme settings or the CSS. After I finish writing this post I’m going to go theme hunting again, I guess. Poop. I really liked the look of this one (other than not being able to put things in italics or bold or anything….).

This, Monday the 27th, was the start of an insane week. A lot changed – we learned a lot, struggled with a lot – but also, Tim’s family came down at the end of the week and made a lot of things better for me. But meanwhile??? A lot of tears were shed this week, y’all. A lot of stress was had. And some of this will be new for a few of you to read, because it doesn’t look like I posted any of this on the 27th or the 28th; it looks like I skipped a couple of days from the 26th through the 29th. Or maybe, at that point – I don’t even really remember – I was thinking Facebook wouldn’t be interested? Or that we’d be home soon enough and this nightmare would all be over? And so I wouldn’t have to write all this up, Tim would be around to tell people? I don’t even remember any more.

They are talking about sending us home today, and I can’t decide if I’m thrilled or petrified. A case manager just came by to ask a lot of questions about what sort of house we live in, how many stairs, will I be home because he needs 24/hr supervison for a few days. I’m like, supervision? SUPERVISION? Do you think I’m even LETTING HIM OUT OF MY SIGHT?????? Dude’s gonna have to get used to me sitting on a chair in the bathroom, reading a book while he’s in the shower. 😉 If he’s sleeping on the couch, I’m sleeping on the couch. I may move my slabroller into the living room, haha.

I’ve been here a few hours already today, and it’s been non-stop. When I got here, they were starting his halo ultrasound of his brain – I did take a picture which I promised I wouldn’t put on Facebook, but you know I probably will anyway. He looked like he was joining the Borg Collective. 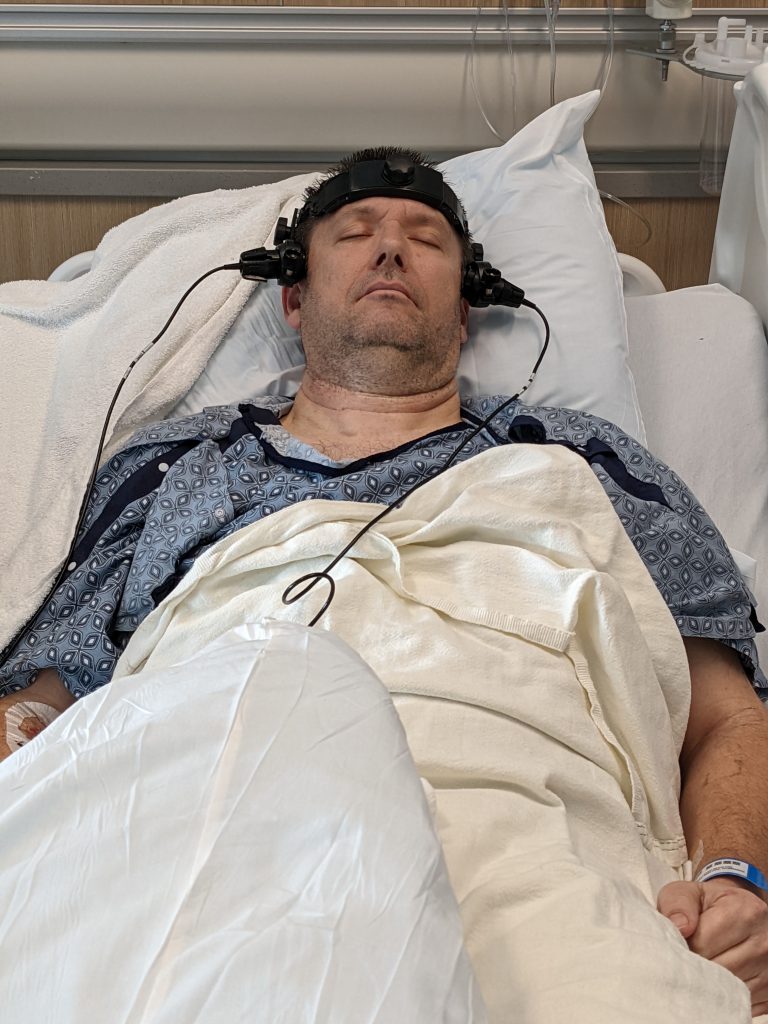 At the tail end of the halo ultrasound, X-ray came in to take more pictures of his heart. Then we had a brief moment where I could eat something and he could work on his puzzle, then the case manager came in, then I had a second to start these notes, and now soemone else just came in here to do an ultrasound of his heart (possibly also an EKG after?). About two minutes after she came in, the docotors all came in as well, so it’s getting pretty confusing in here.

Now I woke up in the middle of a dream
Scared the world was too much for me
Sejarez said, “Don’t let go, just plant the seeds
And watch them grow.”
I’ve slept in rainy canyon lands
Cold drenched to my skin
I always wake to find a face
Calm these troubled lands

Ah, this world falls on me
With dreams of immortality
Everywhere I turn all the beauty
Just keeps shaking me

The doctor said they want to do some other test (I’m sorry I already can’t remember what) that needs contrast (possibly another brain thing, this one with ultrasound contrast instead of saline contrast, like they did with the halo thing?) (And let me tell you, the bubbles of that one sound like a Super Mario game — I asked the tech if he was tired of people telling him he sounded like a plumber jumping on mushrooms and he could not stop laughing). She (the vascular doctor) said that they don’t like to do contrast twice in the same day, so that one might have to wait until tomorrow since they really wanted to do contrast with what they’re picturing with the heart right now. So just in the time I’ve been trying to type up these notes, it sounds like we might have at least one more night here. That’s fine with me, I mean, I know I’m going to have to sell my remaining kidney for all of this, but I don’t care — I’d rather have him under observation (and by “observation” I do NOT mean “me finding him on the bathroom floor”). 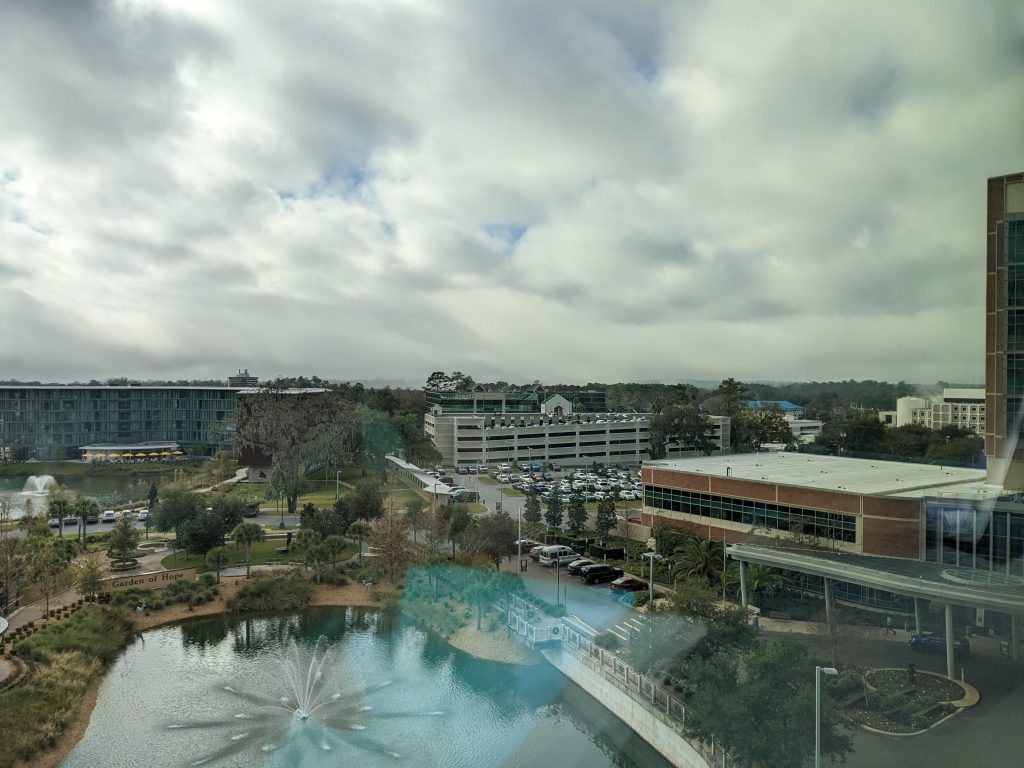 Whew. What a morning.

Now I’m running to the end of the earth
And I’m swimming to the edge of the sea
And I’m laughing, I’m under a starry sky
This world was meant for me (ah ah)
Don’t bury me (ah ah ah ah, carry me)

Our friend, his supervisor at work, Suzi, came by, with paperwork for me/us to read and fill out about trying to get him on short term medical leave, or whatever. Anyone who has done that and could talk to me in very small words about this in a few days? I haven’t even started reading the paperwork yet, because my eyes glazed over at Suzi’s “HR says we need a doctor’s note”… like, the fuck is this, Ferris Bueller’s Day Off? Does Ed Rooney need to see the dead body?!

This is one of those things that in retrospect, I really regretted making a decision on. As much as I didn’t want him to come home – seriously, y’all, I was FUCKED UP from finding him on the bathroom floor, and I can still hardly articulate how traumatizing that was. I mean… so, finding someone dead, there’s really only one way to go with that. But finding someone incapacitated? That could go a thousand ways, most of them not good ways, and I’m not good with having so many open roads ahead of my already anxious brain. Like I said, I can still hardly articulate this. ANYWAY. As much as I didn’t want him to come home yet, they were still talking about sending him home. He was allowed four visitors the entire time. Four people, for his entire visit, one of them was me, and I asked that one of the other remaining three could be Jenn, so that she could bring me things and/or come hold my hand. That meant we had two others. I thought we’d be home by the time his parents and sister came down at the end of the week. So when Suzi wanted to come up to bring paperwork? Heck yeah! Let Suzi be one of the people! I adore Suzi (we were friends when I used to work there, centuries before she was Tim’s boss). And she and Tim really liked each other. So of course it made sense for her to visit as both a boss bringing paperwork, and as a friend.

24 hours later, Suzi was visiting one of her own family members on the very same floor, who had had a medical crisis. So if we had waited? I would have seen her anyway! And 24 hours after that, we finally knew what was going on with Tim, and we knew we wouldn’t be going home for a long time. Weeks. Which meant we only had one space, one visitor, who could come and see him. So I was going to have to choose between which of his parents, or which of his siblings, could come in to visit. Y’all. We’ll get to me having to actually voice that decision in a couple of days, and I swear having to make it shaved a couple of years off my life. 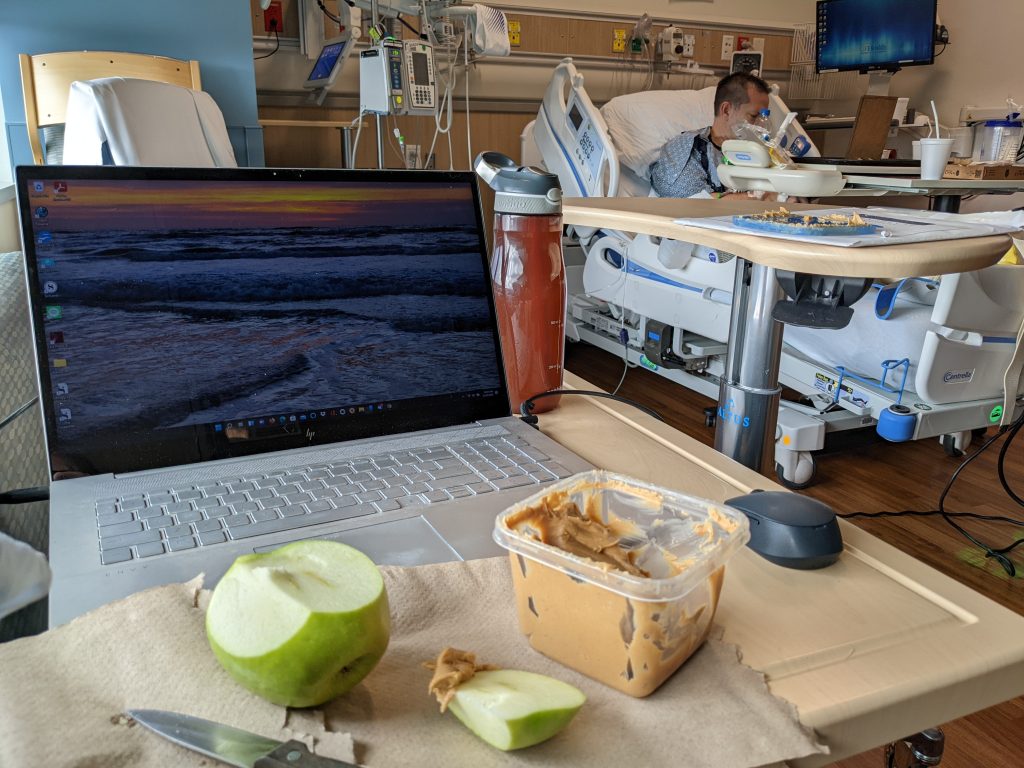 I keep getting interrupted going to post this… someone else came in while Suzi was here, and took about four vials of blood. Then the brought him lunch while she was doing that, but he coudln’t eat until she was done… then as soon as he started to eat, they ran in telling him not to eat, that they had to check his blood sugar before he could eat (Narrator’s voice: He ignored them, and kept eating.). Then they took his temperature which was crazy high… because he was eating hot food. Hahahaha. Sigh.

Now he is getting to the end of his lunch, and he’s looking crankier by the second. That there is a boy what needs (a) more flavorful food and (b) a nap. He has had time this morning, a little, to work on the puzzle. I’ll try to get another picture.

Side note: those “four vials of blood” are like… the shotgun above the fireplace in the first act of the play. You see them there, you hear about them. but you have no idea how important those four vials are going to be in a few days. 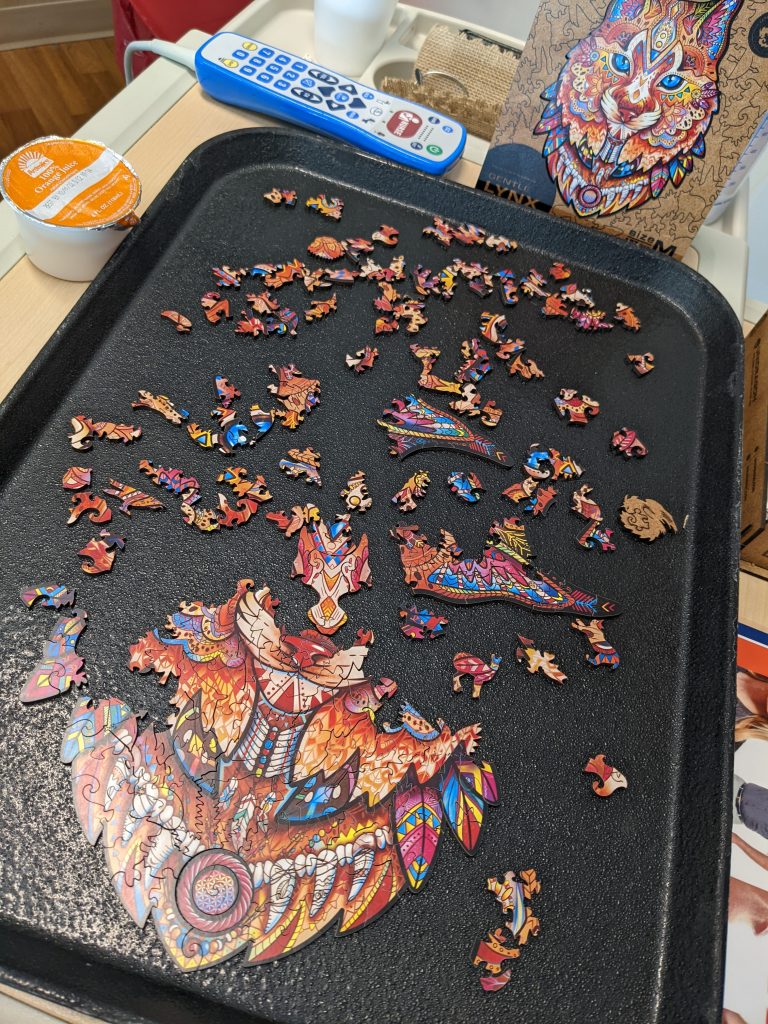 Now they’re here fixing his IV, he has two, and in all the shuffling things around with all the tests, one came loose, and he’s bleeding through the tape (nothing major, just drips, it’s just messy is all). In fixing that one, the nurse didn’t like the look of the other one, it looked like it was coming loose, so now she’s redoing them all. Meanwhile, NO SURPRISE, but guess who’s still trying to eat his lunch???? lol

Oh my gosh, can I post this now? Is something else about to happen or will we have an hour or so of uninterrupted boredom???

Why is there a picture of a quilt here? 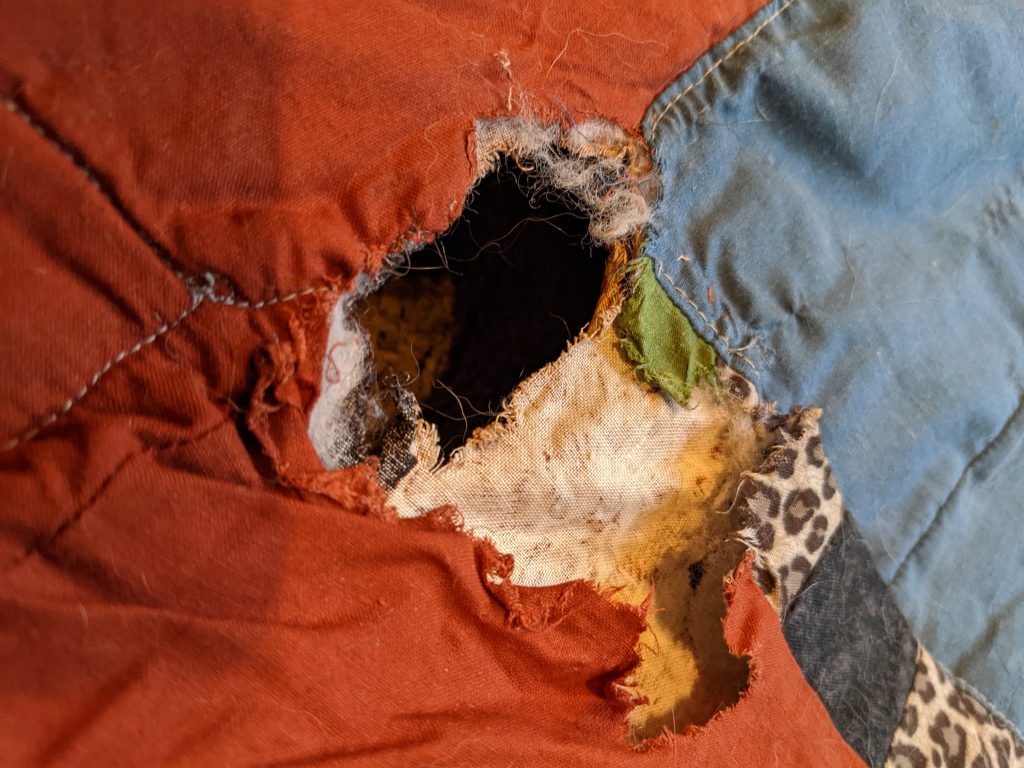 Because. A couple of years ago, Jenny made me this amazing quilt. And one day Lindy, sitting under my side of the couch and hiding from a thunderstorm, chewed a hole in it. I was devastated. Well, where Jenny goes, Jenny sews, and that meant she could repair my quilt while I was down here! I just had to take a picture of the damage for her, so that she could get an idea of what she was facing. I’ll show the fix in a few days.

And that’s about it for this day, y’all. Even though I feel like the 27th through about the 1st were one very, very, very long day… 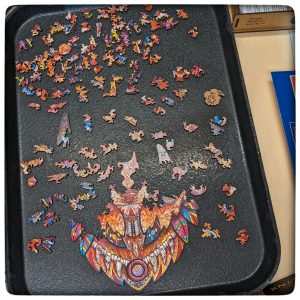 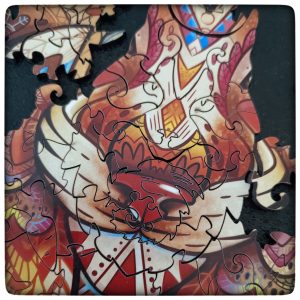