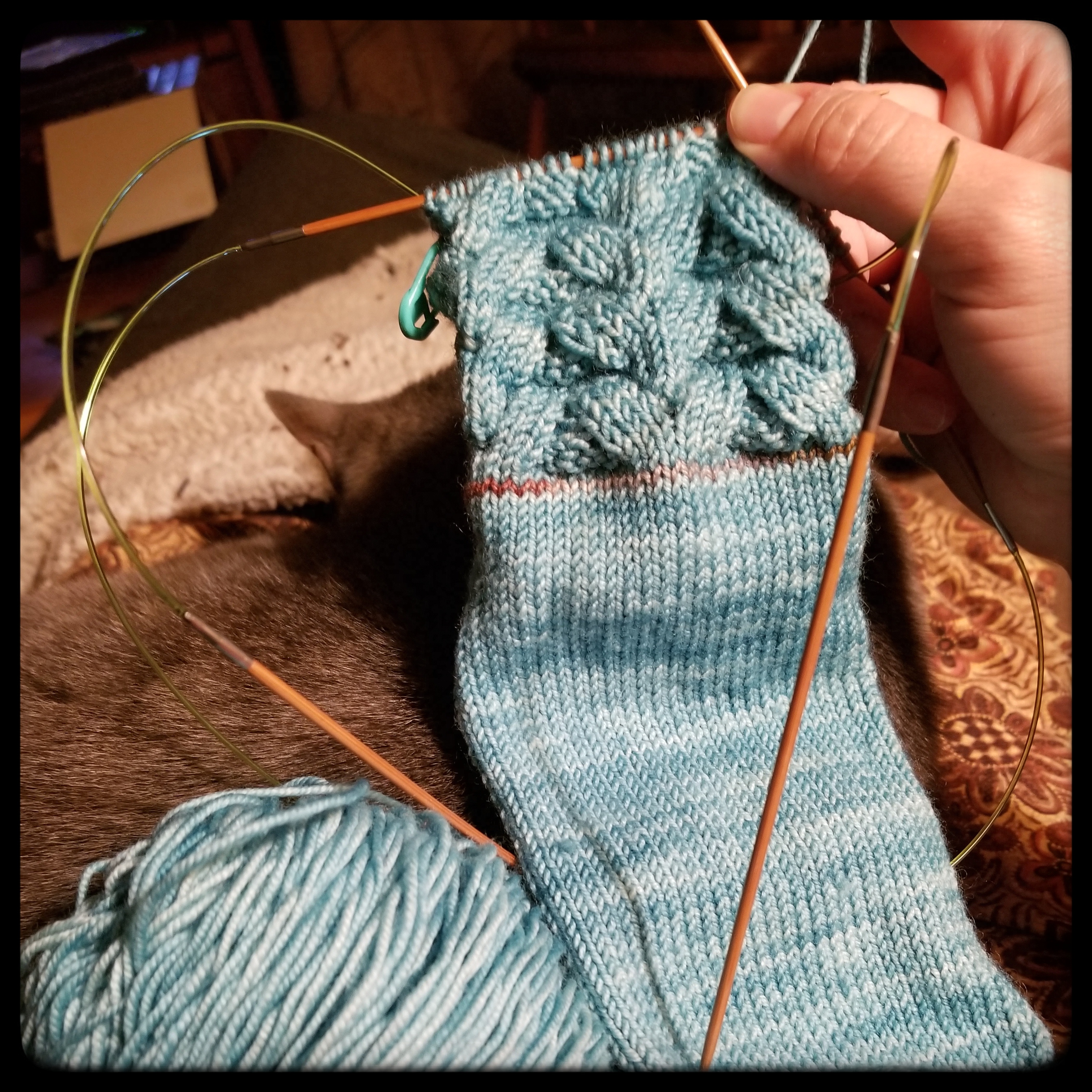 I have… four pairs of socks on the needles right now. And yet I’m contemplating buying more needles, so I can start on another new pair of socks. Maybe dial the startitus back a bit, eh?

But then that does kind of describe most things I do. I am really, really, REALLY good at starting. Not so good at not letting myself start other things while I’m still doing those first things.

I mean, I’ve been doing a lot of drive-time knitting (where I’m the passenger in the car) lately, some of it at night in the dark (so simple stockinette socks) and also some TV/movie knitting, so again, stockinette socks. But I also have two different pairs of patterned socks – well, one of them I did in stockinette up to the heel turn (while watching the last two episodes of Game of Thrones) and then I started a pattern so I could have something a little more exciting to work on. Then I was going to be doing some night-time passenger-in-the-car knitting, so I needed to start another stockinette pair. And I have a complicated cable pattern I’m working on and I love it, but I need mental energy to work on and I haven’t had that in the evenings lately. And I’m almost done with another simple pair – one sock is finished and I need to do the heel and cuff on the second.

The other night… night before last? Two nights ago? I was reading in bed before falling asleep (re-reading the Vatta’s War series by Elizabeth Moon) and there was a crack-shiver-thunk. Lindy shot straight up and got a look like “fetch? Are we playing fetch now?!?!?!?!” and sure enough, the next morning, this was on the ground in the back yard outside of the bedroom. The picture doesn’t really do it justice, as far as how long that branch is.

Sometimes I am sad that our house was put in the middle of a field with no trees close to it… and then, sometimes, I am not.

Last but not least today, before I head off to work… does anyone have any good resources for speech and/or physical therapy that a non-therapist can easily do with a person recovering from a stroke? Or that they could do on their own? A friend of ours is in a rehab center and while as far as those places go, it’s not too horrifying, but… he could use more actual rehab. He’s interested in maybe some shows on Netflix or some other streaming channel that he can watch that would help him improve his speech, and also he would like to get some exercise or movement when we go to see him. He is primarily confined to bed or wheelchair, so it would have to be pretty stationary stuff – arm movements, or something. He’s very self-motivated to work on things himself, if he can, even when we’re not around to assist. Any thoughts, leads, anything….?

InKnitting, my cool friends, our house is a very very very fine house 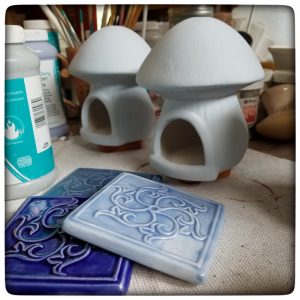 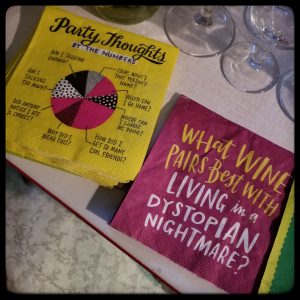