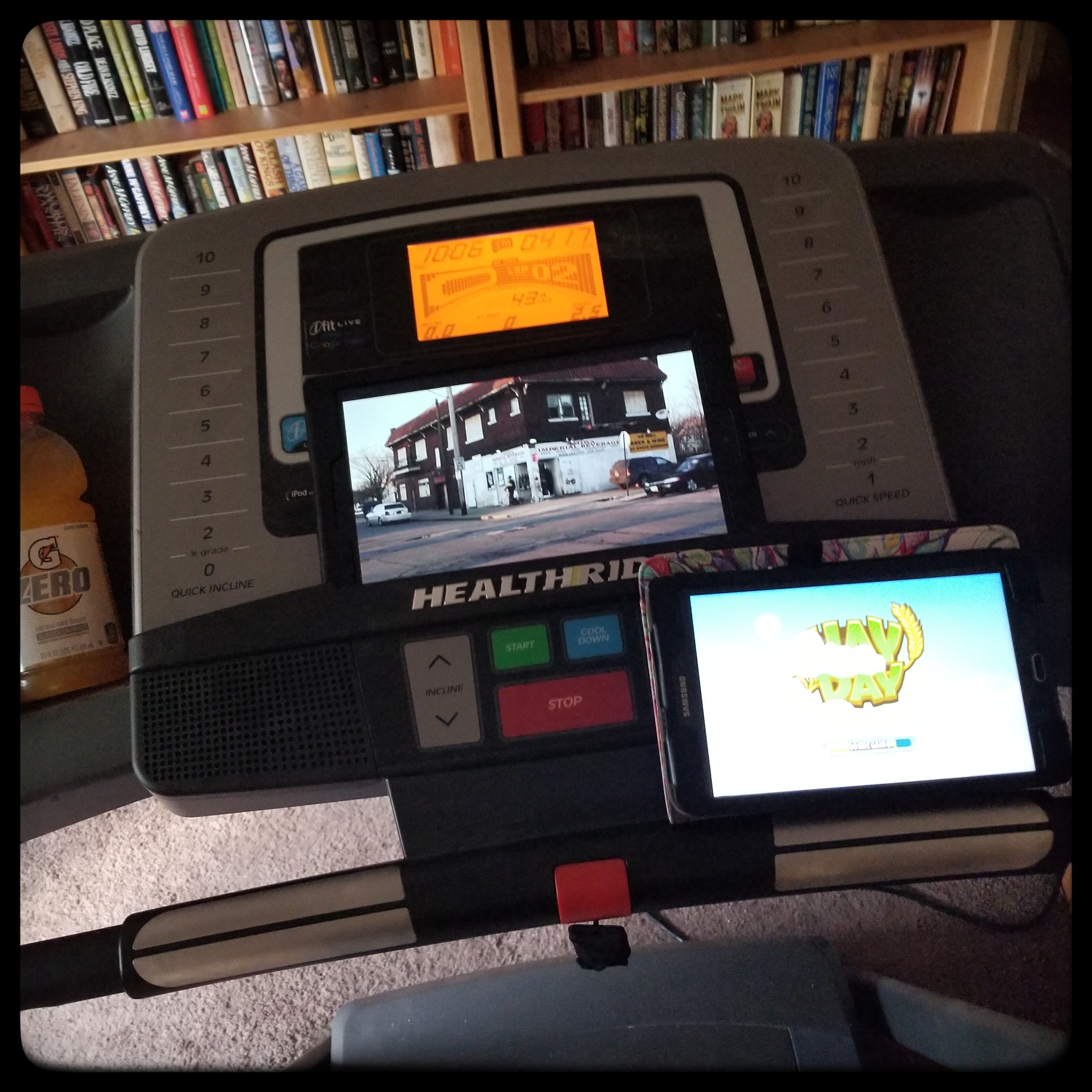 I call it multitasking. Here’s a typical example… I’m on the treadmill, I’m watching a documentary (Unseen; about a serial killer in Cleveland who had previously spent time in prison as a sex offender and had been let out – deemed “low risk” – and then he went on to kill eleven women. The documentary interviews women who survived attacks from him and some children of the women murdered, and if you ever wanted a perfect example of how women slip through the cracks and how sex workers and addicts are marginalized and ignored by the system? This is it.), and I’m checking in on my stupid farm game because I know it’s about time to send my little farm boy on an errand.

You’d think I’d be at risk of tripping over my own feet, but I mean, it’s just treadmill walking. It’s like … the stockinette sock of the exercise world. Walking in the same place at the same pace is repetitive enough that I even kind of forget I’m doing it, when I get involved in what I’m watching.

So, I figured out (welcome to the current century, I know) that both Amazon and Netflix will let me download some things for “later offline viewing” – which means I can use some of our “bonus” internet hours to download something if I can get it downloaded before our internet switches over at 8 AM. Both Prime and Netflix keep trying to recommend series to me, though, and as much as I know there are a bunch of series I haven’t seen… I’m really more in the mood for movies or documentaries. Something I can watch and finish in two days, not something that I have to commit the next three months of daily walks to.

So recommend me something! Any good mysteries/science fiction/true crime out there you think I might not have seen? Hit me up!

The other day I finally got around to hanging up one of my new birdfeeders, and y’all, it’s been a non-stop buffet since then. The cardinals and the tufted titmouse… titmouses? Titmice? Love it, and as I also filled up the other birdfeeders that are out there… the back yard had been crowded with friends. A Blue Jay, woodpeckers, doves, and something I think that might be a Chickadee. There are also crows and hawks, but they’re more interested in Joe’s fishpond then they are with my little feeders.

I’ve also been filling up the birdbaths, because I don’t know about y’all but it’s pretty close to the surface of the sun here in our part of Florida right now. It’s been in the 90s all three days of this long weekend, with no sign of rain, and almost no breeze. We could use a good afternoon thunderstorm to cool things off a bit. I am so so so so very grateful to be living in a house now that has air conditioning!

OK; so far this morning I’ve uploaded some social media, I’ve worked out, I’ve gone to the grocery store, I’ve showered, and eaten both breakfast and lunch. And written this blog post! Now it’s time to get to work – that chapter ain’t gonna write itself, and those llamas ain’t gonna dip themselves in the glaze. 🙂 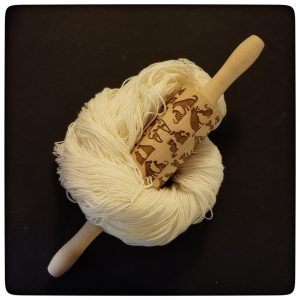