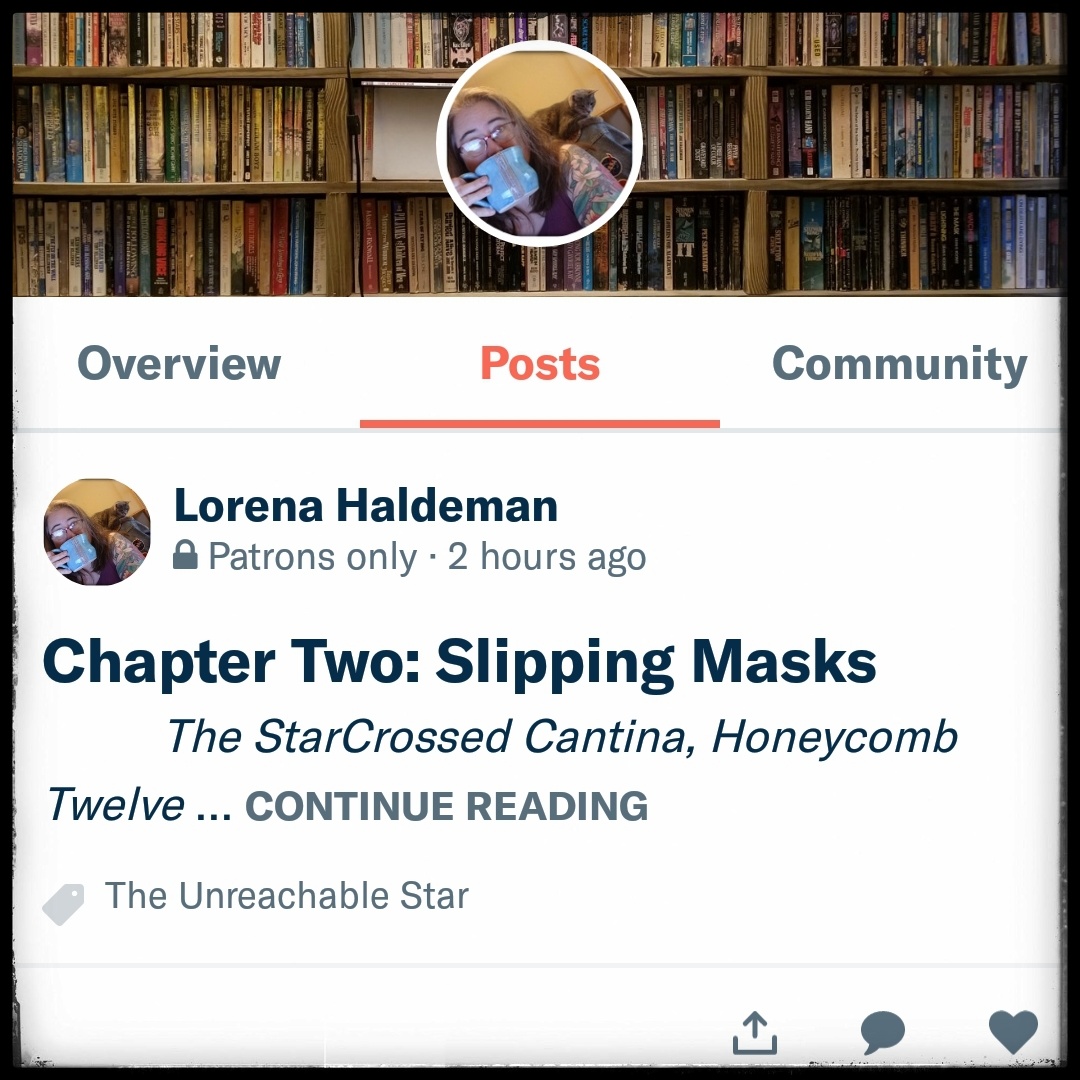 When I was younger, I’d get asked at science fiction conventions when I was going to start writing. “NEVER!” was the answer. Guess what? ::shifty eyes:: I lied. Never say never, I suppose…!

For about ten years now, I’ve had part of a story in my head. But I mean, doesn’t everyone? I even wrote a number of chapters of it years ago, when I was in a writer’s group with some friends. It would have been one book, or a book and a sequel, but nothing spectacular as far as word count goes. Average. Nothing ever came of it, however. Life got busy and I didn’t want to write it enough to make room and time for it. ……. Then about two years ago, I woke up one morning with an idea to add to that one, and all of a sudden that idea became practically a bottomless universe of ideas, hundreds of stories all entwined around each other. There wouldn’t be one main character with one story to tell, but many characters whose stories would weave in and out of each other’s lives, making a giant tapestry.

Which brings me to how and why I’m writing it on Patreon versus “traditional” publishing (and by “traditional” I mean everything from self-publishing through all the options up to selling to a big house who will market for me). When the story went from being one character/one story to many characters/many stories, I really struggled with how to write that. Which part should I write first? Should I go chronologically, with everyone’s stories, so that the reader follows along from A to Z, even though a storyline started in A might not actually resolve until N? Or should I go by storyline, regardless of chronology, so that the reader gets one complete story, then a second complete story that might contain a scene from the other book told from a different point of view? Or…..????? HELP ME OBI WAN.

This is my quest, to follow that star
No matter how hopeless, no matter how far
To fight for the right
Without question or pause
To be willing to march
Into hell for a heavenly cause

I had a long talk with a writer friend of mine, and she suggested Patreon, which I have to admit had (until that point) not been on my radar for myself. Sure, there were artists I supported, but never really thought about it in regards to myself. But the more we talked, the more I came around to… she’s not wrong. Patreon is actually kind of perfect for the way I want to tell this story. I want to do installments; short arcs that resolve (or not!) in six to eight months, but then maybe get brought back up a year later when those characters come around again. I want full control over my story. Because I know how things are going to end, I don’t want someone advising me to change this, that, or the other, because I have a trajectory and a plan. I don’t want future books to be turned down or a contract cancelled if a publishing house decides I’m not bringing in the money they’d like – and I don’t want to lose the rights to my characters and spend years trying to buy things back so that I can finish the story on my own. I’m not interested in winning awards; I don’t fear not being eligible to win an award if I’m not doing things traditionally. I just have a story, and I want to tell it to you. Patreon is perfect for that.

So I give you The Unreachable Star. I suppose the key-word elevator pitch would be something along the lines of “plucky crew of misfits forges family, trips over centuries-lost instantaneous drive, accidentally saves galaxy”. Uh, spoilers. Sheri Tepper’s sociological science fiction meets Elizabeth Moon’s space opera with a dash of C.J. Cherryh’s world-building. If serialized science fiction/space opera is your thing, I’ve already got two chapters and a bonus story over on my Patreon page.

How does supporting me on Patreon work?

You can read more about the tiers I offer for patronage and the goals I’m working towards, here on my Patreon page.