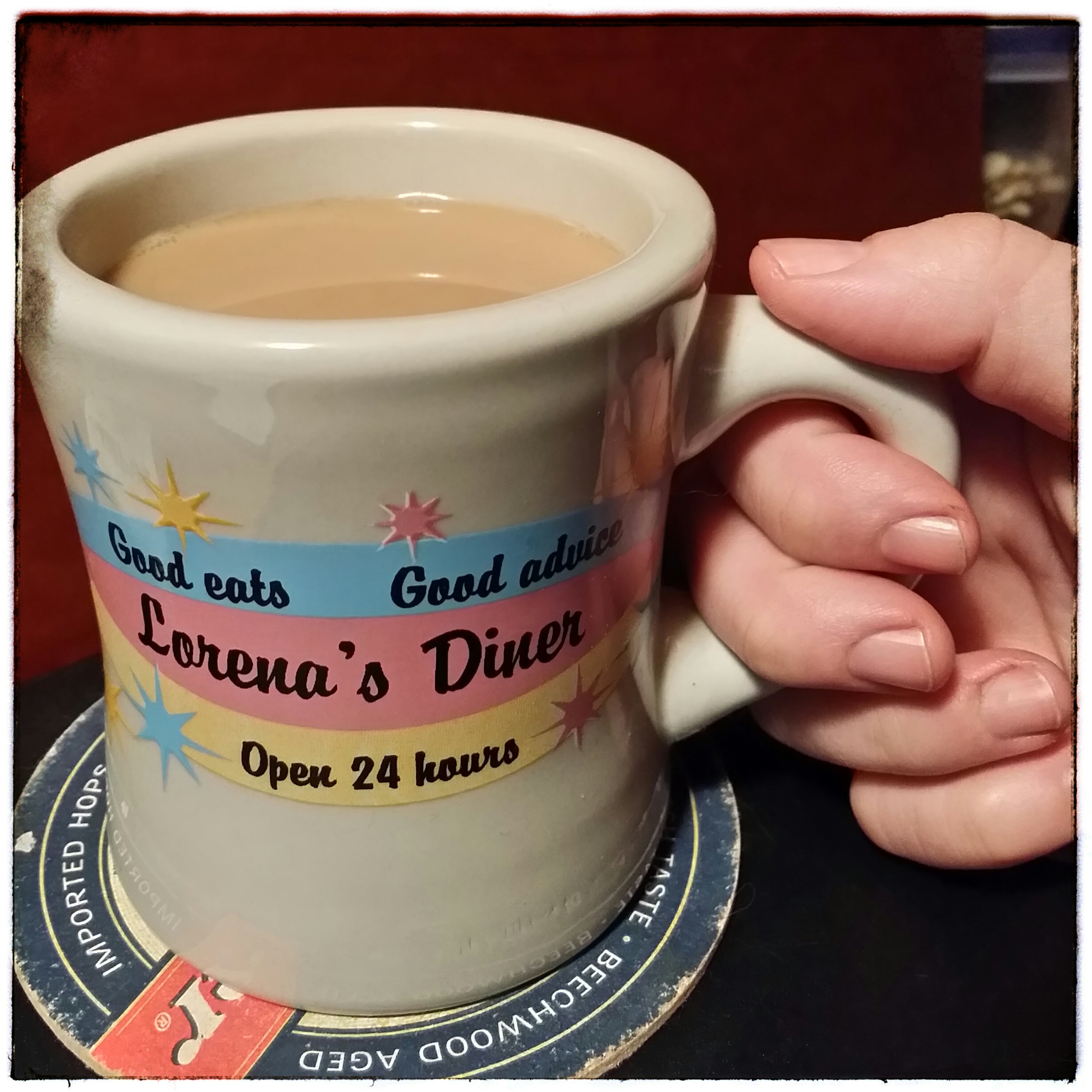 The lecture series I took earlier this year (even though it’s only March and I feel like “earlier this year” is too early to be a thing). Some of it was very interesting – the lecture with the guy who mostly sells just through Instagram, by posting and saying “DM me if you want it”… the lecture with the woman who is part of an online cooperative of ceramic artists spread throughout the country… the woman who makes thousands of pieces at a time for Anthroplogie. Some of it was not info I needed – but I may be the only person in the class who already knows how to sell a book and doesn’t need an interview with an agent or an editor. Overall I’m glad I took the class. It’s definitely got me thinking, but I’m still not sure which was more informative – the lectures themselves or talking to the other students. I think the thing I’m thinking about the most after the series is having lines as opposed to having products.

… which leads me to business strategies. When I first started out, I had kind of a scattershot approach. “I’ll just throw this plate of spaghetti against the wall and see what sticks!”. I hate to say it, but that craziness actually worked kind of better for me than the slow planning out of things. Now that I’m moving slower and with more deliberation, my sales are steadier and more predictable, but slower. How’s that work?! Gah. But, I also have less crap that hasn’t sold at the end of the year. So, there’s that.

ANYWAY. Now my brain, after this lecture series, is wondering if I want to switch more to specific lines of things. I already have that going with some of my doily ceramics, but… do I want to switch gears and make, say, instead of two or three things with a specific doily, ten or twelve different things with that doily, and then sets of each of those ten or twelve things with all the different doilies? Not sets as in “sold together” but sets as in “matchy matchy things”. So, let’s say right now I have a mug, a bowl, a yarn bowl, and a butter dish in one design. Do I also want to add to that a tumbler, a different size mug, a plate, a soap dish, sauce bowls, a trivet, a serving platter, and a larger serving bowl? All in that same design? And then, do those same things again, in a different doily? And whereas now I offer one thing in three to five colors, make that specific line of doily objects, just one color? So I’d have ten things in this doily design in red… and ten things in this other doily design in yellow… and so on. (Have all of your eyes glazed over yet?)

The way some of the other people in the class work, and how many of the people interviewed work, that’s kind of what they do. And they release a line in the spring, and a line in the fall. Or if they don’t release a full line, they release a few new pieces that add on to a previous line. That sounds both limiting and freeing. If I came up with an idea (“hey, I just got this leaf sprig mold, I want to put leaves on ALL THE THINGS”) then I’d immediately have a line of ten things I know I could make using that leaf, and not have to sit around trying to think up things to use the leaf on. But then I’d have to spend six months making all the leaf things, not releasing anything I had made, until I released it all at once. Am I that kind of person….? ANYWAY. These are the things that I can’t get out of my own way, thinking about. So I’m still thinking.

Other things I’d blog about…

How it’s a bad year to be a cat at our house. In January, we lost Brindle. In February, we lost Tavi. Over this last weekend, we might have lost Bowie. We haven’t seen him since Saturday. Since he’s fixed, and not prone to wandering off to find girlfriends, plus he loves Troublesome to distraction and will come find me and cry at me if he can’t find Trouble… I’m inclined to think something got him. We did hear two cats fighting in the front yard last night, and we knew it wasn’t Trouble/Socks/Wilder since I’d put them in the studio to keep them out of the cold… we were hoping it was Bowie being chased home. We went out, though, and whomever it was ran off, still fighting through the woods and down the road. If it was Bowie, I hope he makes it home again.

My new doctor who is a tattooed knitter and NOT an asshole who doesn’t believe in food allergies. My last doctor kept asking me if I’d just tried ORGANIC chicken (“unless it’s made from fucking unicorns, I’m still allergic to it!”) and the doctor before that didn’t believe I had food allergies at all (“that’s just indigestion, chew your food slower”). This doctor is much more interested in finding out about the things I’m worried about as I get older (hypertension, anxiety, cholesterol, cancer… health things that run in my family and how they might be affecting me now or affect me in the future) and she’s interested in helping me take control of my health (as opposed to just telling me to take something, or stop taking something, without really discussing the reasons). She is a little worried about my kidneys, which according to my bloodwork don’t seem to be at 100%, so she’s sending me to a specialist for deeper tests. It’s probably just a little dehydration and stress, but she’d like to find out more and can’t do those kinds of deeper tests at her facility. Overall I’m very happy with her and am glad I finally started looking for a GP again!

How I can’t stop playing this stupid farming game I downloaded, but at least it’s got me off of Angry Birds. Seriously, y’all, do NOT download a game for your phone or tablet called “Harvest Time”. It’s frighteningly addictive and I’m losing a lot of my precious knitting time in the evening playing this stupid game. JUST SAY NO, Y’ALL!

OK. 1000+ words later, those are all things I’d blog about if I had the time to blog and could get out of my own head long enough to form a sentence!