Even though I was staying off social media last week, I was just not posting – I wasn’t not watching. And yesterday, I saw many of my friends talk about two things. One was that many of them said “begin as you mean to go on”, and the other was that more than a few of them talked about their word for the year.

Now, I remember the “word of the year” thing from last year, too, although I didn’t see too many of them check back in as the year went on. I wondered if I would choose a word, and while I seem to remember that words like “be” and “celebrate” appealed to me, I didn’t outright choose one. This year I’m seeing people choose words like “climb” and “joy” and “reach”, and I’m struggling to see if I can choose a word. Not that I’m … afraid, it’s more like, do I believe choosing a word and trying to live by that word for a year is a thing? Last year was the first time I’d heard of it, or at least become aware of it, and while January saw a lot of people saying “this is my word!” I didn’t see anyone, I think, check back in. So are they really living by that word? What if I choose a word and halfway through the year I think it’s a terrible word, the wrong word, why did I choose THAT word? Like how last year I was going to make pillows that represented the color of the sky and the daily temperature but some time around July or August when so many of my childhood heroes had died, I was like, there is not a single thing about this year I want to have in my house to remember it by… so I ditched the pillows. What if I ditch the word?

But you know what I do already kind of have a plan for….? Actually, I could restructure that sentence. Do you know what I have? A plan. There are things I intend to do this year. I have written them down on my giant calendar I use for spacing things out over the year, and I am putting them in the appropriate places in my bullet journal as I get to those spots, and I intend to stick to them. Other things can come up and surprise me, but I intend to keep at the things I have planned.

Intend. Intentional. in·ten·tion·al. inˈten(t)SH(ə)n(ə)l/. Adjective. Done on purpose; deliberate. Synonyms: deliberate, calculated, conscious, intended, planned, meant, studied, knowing, willful, purposeful, purposive, done on purpose, premeditated, preplanned, preconceived. Weirdly, when I look up “intentional”, the sentences included with the definition are all … negative. “Intentional contamination.” “Intentional insult.” “Intentional wrongdoing and harm.” “An intentional and premeditated murder.” Uhm. Leaning towards the word “intentional” is now making me feel like a budding criminal! Here I was thinking that choosing to do things with intention this year would be … choosing to walk through the path of my life with a map, even if I veer from it now and then. Silly me. SEE WHY IT’S HARD FOR ME TO CHOOSE A WORD?! Gah.

So then. Perhaps instead of choosing one single word and attempting to hold to that word throughout the year (because we all know I’d beat myself up if I let it fall to the wayside, anyway), perhaps instead I will begin as I mean to go on. I will start this year with questioning the status quo, weighing the options of doing what everyone else is doing, choose my own path, and go down it with gusto. 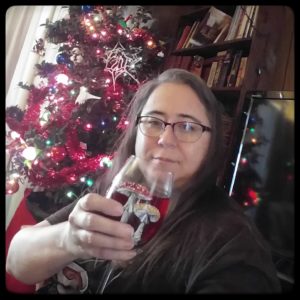 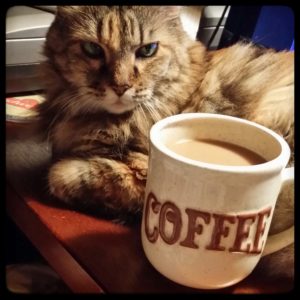