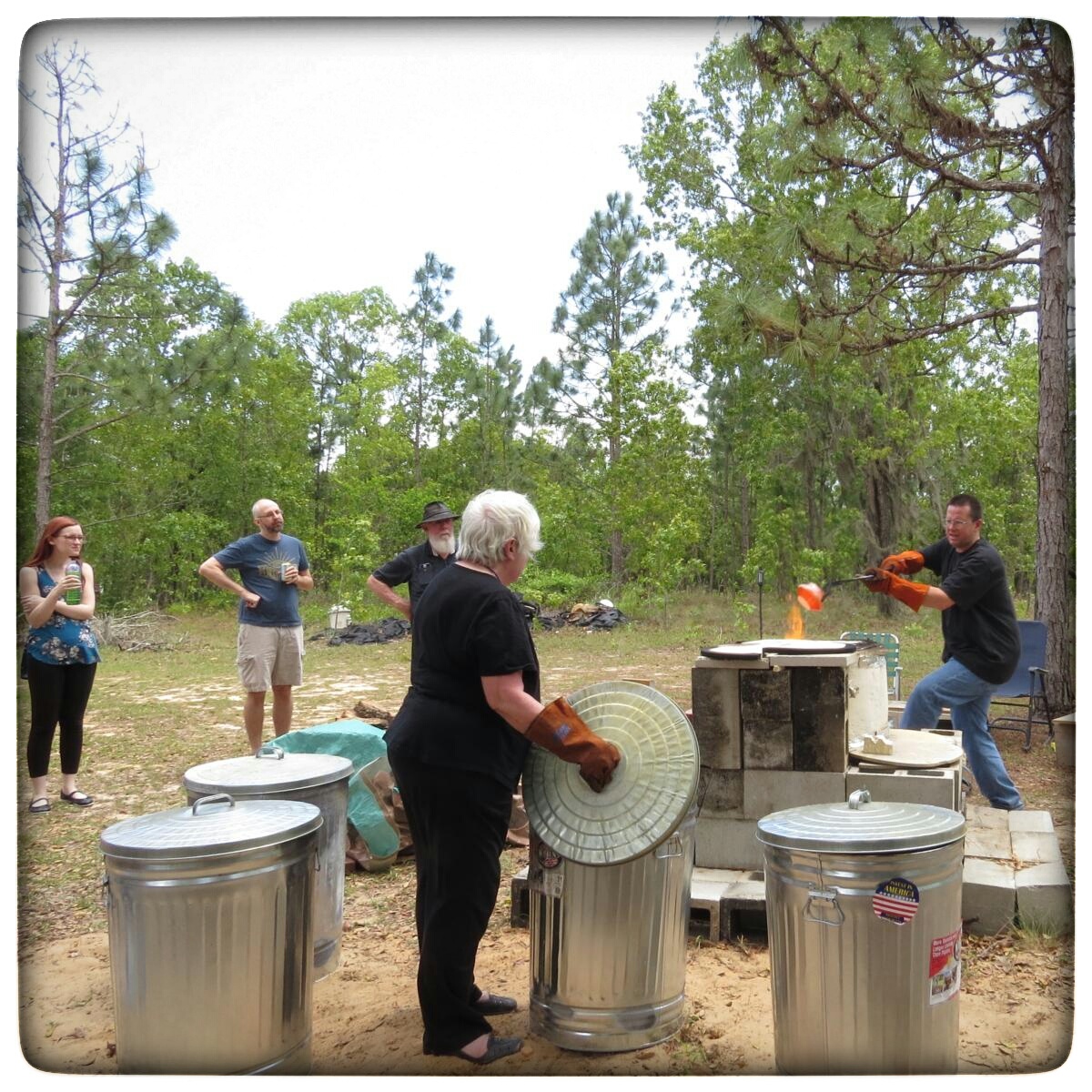 Did I mention I’m having a HaldeCraft open house on Saturday? I know, I feel like I just had one. I may need to rethink this four-times-a-year thing (although it’s the only time my studio gets a full sweep of the floor, so…).

So things I have to do this week include…

Winding the last two skeins of October yarn club (I had to dye more, because a couple of the skeins had so many knots in them it was embarrassing – I don’t want customers to think that’s my fault!). Also I have to write the dyers notes, compile everyone’s orders with correct weights of yarns and swag if they’re getting it, and mail out International club. Domestic will go out next Monday so I need to bag all of that, and I should do that before the open house so that it’s not sitting out and around in the way.

I need to finish wrapping an entire table of soap, so that we can use that table for food or display space. I’m wrapping five sets of guest soaps; well, five types of sets… twelve sets in a type… I’ve wrapped about three hours a day the last two days and I’d say I have nine hours left. And I can’t do it all at once or my wrist will complain about all the weird bending and reaching for tape. So I do about three hours a day. I should be done Wednesday?

I still have some ceramics sitting around that I need to photograph and list and put on shelves, so they’re not in the way on the floor or piled up around the studio.

My office is still a mess from moving the shelves in, and I need to do something with the piles of random crap that I tend to make with the thought of “going through them later”. I mean, the whole point of putting the shelves up was to give my finished ceramics a place on which to be displayed so that people could see them at an open house!

I need to list a new yarn, and I have restocks of my last new yarn (which I’m sold out of) that must be wound and listed – all of that, preferably, today.

I need to wedge some clay so that as soon as I get through the open house, I can start throwing.

I need to finalize the menu for the open house, and go shopping.

I need to clean the bathroom in the studio (including finding a different place, that day, for the cat box I’ve put in there for the studio cats – it’s not disgusting or anything but it’s big for such a small bathroom and I’d like it out of the way for guests).

And there are still a couple random piles of crap (read: unpacked boxes) from moving in. I’d like to go through those, in all my spare time, hahahahhahahaha, to get those out of the way as well.

And I have some shelves I bought to use at craft shows, to take the place of the shelves I’m now using in my studio for finished ceramics, and I want to get those unpacked and set up to use for display space for the open house — this is the last open house before Christmas so I wanted people to see what I have to offer.

I can’t tell, really, after writing all that out… if it seems like more than I thought, or less. Ugh. Either way, I’d best get started.