My laptop decided, this morning, it would be a grand time for an update that took – and I’m not even kidding – 90 minutes to install. Which means I was in the shower by 7:30 (letting it run while I got ready for my day) instead of at 8:15, and I’ve been here in the studio already since about 8, instead of closer to 9. So technically I’m running a bit early today? Except that out of habit I jumped right into work things instead of taking a few minutes to blog, and now that I’m making time for it, it seems like I’m running late, writing this at almost 9 instead of at almost 8. I wonder how this bodes for the rest of the day….?

Yesterday I got a shit ton of soap made – more than I’d planned; everything I had planned for yesterday and about half of what I had planned for today. So there’s less soap to make today, but a lot more that needs to be wrapped.

I took a look at my October-December schedule yesterday, and decided to switch it up a bit. One thing that I’ve planned for next year is sticking with the theme-per-week (one week yarn, one week soap, etc.) but whereas this year it was kind of all over the map, next year I’m thinking more like, the first full week of the month will be yarn. The second and third months of the week will be ceramics. The fourth week will be soap. When there’s a fifth week, that will be admin and/or catch-up. I looked over what I have planned for the last three months of the year, and being that I dropped two yarn colorways and a new soap, that’s freeing up my time as far as due-dates, so I went ahead and switched Oct-Dec so they’re in line with early 2017 now instead of what they were.

So, October, instead of being clay-yarn-admin-clay, will now be yarn-clay-clay-soap. November, instead of clay-clay-yarn-admin-soap will be admin-yarn-clay-clay-soap. I think this flows better, and will also help me explain to customers about custom order turnaround times if I can say things like, “yarn is always dyed the first full week of the month, so you can plan custom orders around that time frame.” This would probably be explained better with a photo of my calendar, but I’d have to juggle some cats to get a photo right now, so, that’ll just have to wait if anyone wants a further explanation.

Now, if you’ll excuse me, I need to go wrap some soap!

Previous post The day will be what you make it 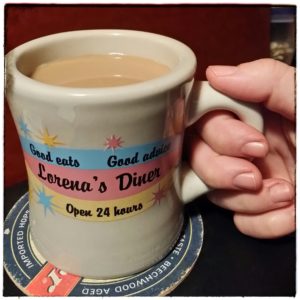