The UPS lady almost gave me a hug when she got out of her truck the other day. “I *love* your new driveway!” — she settled for a high five, a few minutes of conversation, and then Tim walked the girls past her and she had dog bones in her truck! So the girls got treats. And I got a whole-house surge protector that Cetty and Joe ordered to install at the post and keep what happened to our stove from happening to everything else. Sigh. 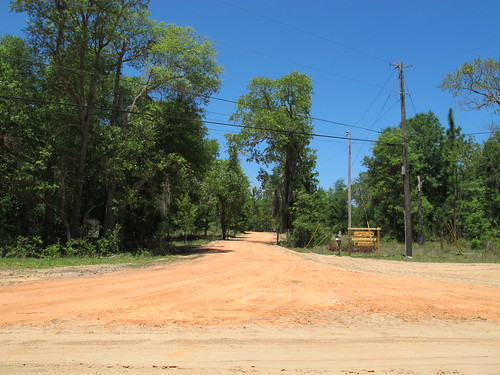 Corwin has a window seat again. Just until we get the dresser moved, but she’s so happy about it she sleeps there at night now. 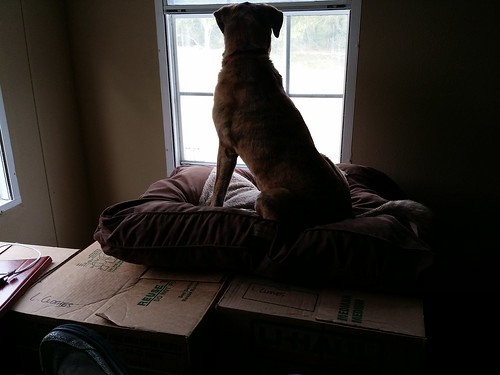 So far no birds like my birdfeeder… I’ve been told it can take a couple weeks, also it’s spring so food is abundant… but to give it time! Speaking of birds, there’s a tree outside our kitchen window (I took a picture but forgot to bring the camera with me when I had to run to the G’ville house) and it has at least two birds nests in it. Which is a shame, because we were going to cut it down to build a front porch! We’ll wait until we know for sure that whoever is living there has had babies and those babies have flown off…. (then we’ll probably build birdhouses and put them on the outside of the porch….!). 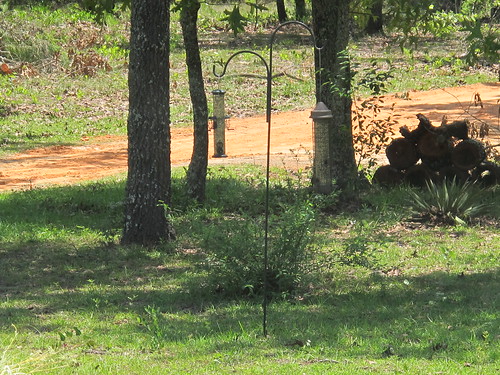 And I have to be honest, I’ve had more than a few times in the last 24 hours where I’ve though that we have made a drastic, huge, life-fucking mistake. I could cry at the drop of a hat, I’m not eating, I have to go to the bathroom about every ten minutes, and I’m wound as tight as a live wire. This was not a good week to cancel my chiropractic/massage visit, but I just didn’t have the time. Tim (and a few friends) keep reassuring me that it’s just exhaustion, we’re fine, we did the right thing, it’s just that this setup is really hard and we’ve had a bit of bad luck (enough bad luck, though, that I’m starting to think perhaps this property was an old burial ground?), and I’m upset about the Internet snafu and now have to fight with fucking Comcast to get them to let me out of the service they can’t give me… but that overall, this move, this is right. And I keep telling myself that I started off yesterday with a dentist appointment, for which I used to have to take Valium for (some day I have a long dentist story for you), and I didn’t take Valium, so I was unusually tense and shellshocked yesterday. Then I had to load the dogs in the car and drive them myself, convinced they were going to start fighting in the back seat. And I hadn’t slept well the night before (three whole hours) because I woke up at 2 AM trying to think of everything I had to do that involved the Internet in case something happens and I never get access to the internet again in my lifetime. One of the things I had to do was revamp my online shop, for it to be mobile responsive. Check out my new look! I’ll make a bigger deal of it after I officially return to work in the beginning of May. Check it out on a tablet or mobile phone, too; everything should automagically resize itself.

I’ll leave you with a picture of “Gramps” (we don’t actually know yet if he’s male or female). He looks to be old as dirt and as if he’s been in a fight or two. He gave not one fuck that I was standing there with my camera and could have cared less if I wanted to fight — he could take me. What a tough old guy. I think I’m in love. 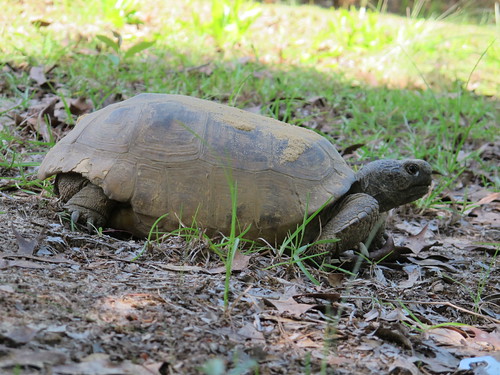