I love a good ghost story, especially haunted houses. But do I believe in ghosts? Hmm. Well, I’d have to believe in an afterlife in order to believe in ghosts, and since nobody has ever sent me a postcard from the afterlife, well… Well. So, what then? What are hauntings? I suspect that what we think of as being haunted by something is more (subconsciously) reading our own regrets/fears/memories into a place or event. Things like regrets bring up a lot of emotion, and not emotion that people are comfortable feeling, owning up to, accepting. 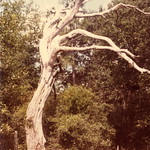 I try not to live life with a lot of regrets. Oh, I do have some, but for the most part I’d rather be embarrassed about doing something, or see the learning experience in making a choice, than later regret not doing it at all. I don’t regret going to theater school, even though I’m not doing fuck-all with theater. Going taught me that I’m not a team player, and also that it’s OK to reach for your dreams because only in reaching for them are you going to know if that dream is meant to be a reality. I don’t regret going to live outside of DC for almost a year, even though I came home with my tail between my legs, because I learned to be my own friend and that I’m not a big city girl (as much as I thought I should be). So, not a lot of regrets. But the farm? Tree Frog Farm? That, I have regrets about. 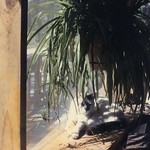 They start off as small regrets. I regret not clearing more time in my schedule for upkeep, even when I wasn’t living there any more. It was obviously too much for my dad – I swear to this day I don’t know why he bought that property in the first place, other than She wanted it. I regret that I hated living out there at first (until I learned to drive and got a car, and was no longer at the mercy of my Stepmonster for a way off the property). I wish I had done more to get to know the land when I lived there the first time, because after I moved away there wasn’t time, and when I moved back I told myself there would be all the time in the world and there wasn’t. Small regrets get bigger; if I had stayed on the farm the last time, if I hadn’t moved away, again, would my dad have not felt as overwhelmed? Could I have helped him more around the acreage? Could I have helped, financially? So that he could keep it? So that we could keep it? So that I’d still have access to something important to me that was left behind when he lost it? I’ll never know. Not knowing makes me crazy. 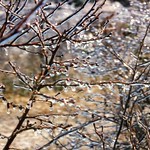 Because the biggest regret I have is one, I’m sorry to say, that my father bequeathed me, albeit not on purpose. When he sold the farm, it was in the tail end of his rather horrible divorce (is there ever a great one?) and he had to sell it for reasons involving some poor financial choices my Stepmonster chose to make. This is, at least, what I’ve heard – my father would never talk about this, or the thing I’ll get to. I asked him once and he just turned away and would never talk about it. So, he told me that he was having to sell the farm, and that he had to be off the property in two weeks. I’ve come to grok later that other people knew he was selling way before I did, and that they thought it unfair I didn’t know earlier. Because I was just a few weeks away from getting married the first time, and had one weekend where I could go out and get things I wanted to salvage. One weekend wasn’t enough; I got the kiln, and the ceramic molds, and a few things, but so much was left behind. Bookshelves Bill had built for me. My futon. Childhood clothes and toys and probably not a small number of books. Sure; I had moved, a number of times, since they purchased the property, and I had taken many of my things with me. But like every child I left God knows what behind that parents are just… supposed to keep. Stuff that stays in your childhood room, or in an attic, or whatever. So to say that I was furious at the suddenness of this was an understatement. I was livid. I was so mad at him that I couldn’t even talk to him about it for months. Other things, yes, but not the farm. In fact, that began my journey of getting to know my father as a person, not as a daddy whom I could rely on, and getting to know his ins and outs as a man, as a friend, made a lot of difference when he died a few years later. Still, I regret that, now; I wish I’d been more patient with him in his pain – it probably wasn’t any easier for him. Over 50, suddenly homeless, and I think I remember he lost his job the year before (although he found another, soon). I regret being impatient with him. I regret not having more time to get things off the farm. Especially one thing, that’s still out there. Something that my father, mired in all his pain and regret, didn’t get. My grandmother’s ashes. 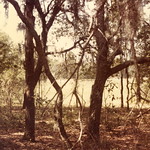 I still have dreams about the farm. They vary; sometimes it looks exactly the same, sometimes the house has changed a little, sometimes there are other people living there with me. Sometimes my father is still there, feeding chickens and irrigating the blueberries. Sometimes it’s the same house but it’s moved deeper into the property. Sometimes there is no house, and I’m camping in a cave, where in reality there was no cave. Sometimes the house is in better shape, sometimes worse. What do those dreams mean? That I’m not letting go? Or, because towards the end of the time that I lived there, and I began to see it as a refuge and a haven from this crazy world, are those dreams trying to heal my spirit? Give me just a little bit more time there, if only in my mind? 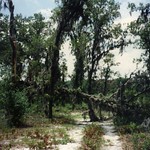 But do I really wish I still lived out there, or that he did? Yes and no. Parts of living out there were frustrating. 45 minutes from the nearest grocery store. Ice cream would melt on the way home. Electricity went of randomly, weekly. The one time we had to call an ambulance and Bill had to drive down the five mile limerock road to lead them in, because there was no way they’d find the place otherwise. Some small things could have been better, if care were constantly taken of the house (like the ants who made a next right at the base of the water pump, and they were constantly crowding and dying in the electrical unit of the pump, which would shut off the water… why didn’t my parents, the adults, do better at killing the ant pile? Why did they just clear out the dead ants and wait for it to happen again?). But parts of it were beautiful. I’ve never seen stars like I saw them out there, with no streetlights, no close neighbors. I’ve never heard dusk and nighttime animal life; owls, crickets, frogs, a cacophony of joyous animals. I’ve never had a garden so productive. I don’t talk much to my friends about living on the farm because while it wasn’t Grey Gardens, it was damn close. I don’t talk much to my friends about living on the farm because there are parts of living out there that I still miss with every fiber of my being. Both reasons hurt too much to examine deeply. 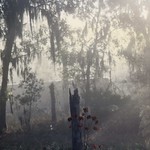 I’ve always wondered, what’s it like now? Little thoughts I can’t shake, probably because of my dreams. And because I don’t know, and my curious nature gets the better of me. I got what I could, but I don’t know what happened to everything else and my father never talked about it. I don’t know what happened to a dollhouse I built from a kit that Aunt Gay and Uncle Joe got me for Christmas one year (although I did save the dollhouse my mother built for me, that’s a model of the Bayport house). Numerous boxes of random things that fill a house. China and dishes. Photographs. Old books and pulp magazines. What happened to the animals? I know my dad took the remaining cats, and one dog, to Bill and Doris’s when he moved in with them. But what happened to the other dogs? What happened to the shed we bought when we moved in, where we stored the furniture and things that wouldn’t fit in the house? What happened to the things that got left behind? Did someone buy the place with all our crap … still there? I know from cleaning out my father’s office after he died that he saved many things, mostly photographs. Some processed fleece from the sheep. His music collection. But what did he do with everything else? These are things that do me no good to think about – this happened in, oh, 1994 or so, but… I can’t stop myself. I always wonder. The thoughts chase me bite at me. 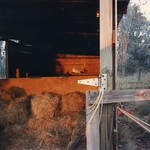 What happened? Who bought it? How did they find it? Did they keep the house? Did they keep the porch? Why did they want the land? What did they do? Did they love the place? Did they love blueberries? Did they make wine with the muscadine grapes? Did they love it in the spring, driving up the long, curved driveway lined with flowering Dogwoods? Or did they cut everything down, get rid of all the animals, build a new house? What about that thing I never talk about, that thing I’m still bitter about, that my grandmother’s ashes are still buried out there? And I wonder… if someone lives out there now, if the place is not abandoned, how would they feel about knowing that in addition to my dog Flats, a few sheep and chickens, that the ashes of a person are buried on the property? What is the person, what are the people, who bought the property… like? 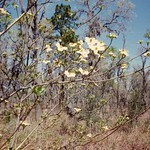 Last week, I found out who bought the place, how they found it, what they did with it. And it’s someone, a couple, that I’ve known casually for a dozen years or more.