Alas, the plans I had to start the year off by hitting the ground running…. were sort of derailed by this cold I’ve had for the last two weeks. Lots of sneezing, lots of feeling sorry for myself, and lots of not having the energy to do as much as I wanted. I’ve gotten some work done but I’m allowing myself to step back and not work a full schedule – something that’s hard to do when you are both self-employed and driven – and I’m really, deeply, truly hoping that by the end of this weekend I’ll be feeling closer to normal.

I think there’s a certain type of person (of which I am one) who is self-motivated enough to work at home and run one’s own business and make it work, a do-it-all-yourself type who is capable of wearing many different hats. But the same drive that makes that work, makes it hard to allow oneself to take time off (who’s going to make it/ship it/sell it/talk about it if I’m not doing it?).

So it’s important to let yourself. It’s OK to step back sometimes, take a sick day, rest and recharge. Give yourself permission. The sun will continue to set at night and rise in the morning if you take a day off to take care of yourself (and your health). Even though that little work-a-holic voice in the back of your head is whispering that things aren’t getting done! You have to be the boss that sends yourself home, or if you work at home, sends yourself to the couch with a good book or a season of some old television show, and the orders to take a day off now and then. 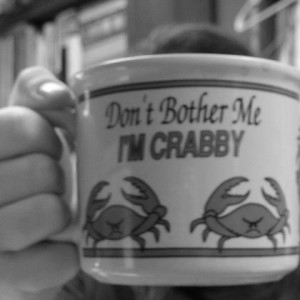