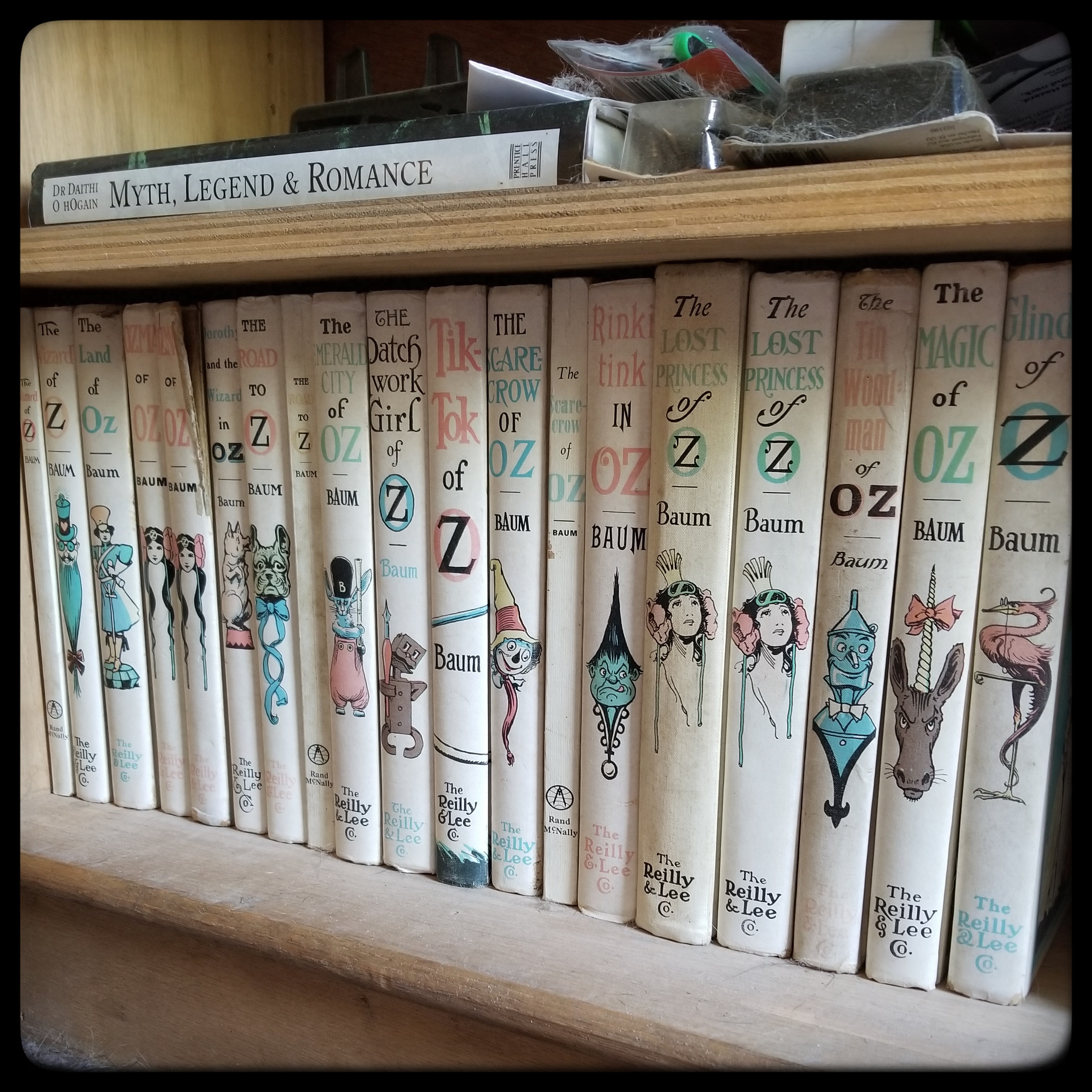 Who was I talking about the Oz books with?

Most people I mention the Oz books to only know about the first book, maybe the second one. There are actually… fourteen. I had a set when I was a child (mysteriously disappeared by The StepMonster (TM)) and managed to find a few here and there at used book stores. Then I lucked into an entire set of them and I have cherished them ever since then. They always get their own shelf on my bookcases, wherever I live, and I keep them in order and smile every time I see them.

I’ve even kept the duplicates I’ve found over time, because, you know, it never hurts to have a second copy of something. That way if a friend needs a copy, I have one to give. Yes, give. I don’t lend books. I can count on one hand the times I’ve lent someone a book and had it returned…. Roger Zelazny was right… “Nobody steals books but your friends.”

What was your favorite fictional land when you were a child? Oz? The Shire? Wonderland? Neverland? Amber?

Shop Elf tells me that my worries about people who loved the universe of Harry Potter losing their love for it because of Rowling’s recent comments are unfounded. That she’s been a laughingstock for a while, most of the fans around Shop Elf’s age are over in FanFic world and have been for a while, and they mostly just ignore her now other than to occasionally make fun of her when she does something else really boneheaded.

In discussing this we wound up in peals of laughter with the idea that one day, when Shop Elf is ready to move on from helping out in my studio, I’ll make it a mug that says “Shop Elf is FREEEEEEEEEEE” instead of giving it an article of clothing. Haha. OK, maybe that was funnier when we were talking about it in regards to me having seen the movies before I read the books and me not realizing until reading the books the level of slavery in which the House Elves were kept.

OK; that’s about it for me today… it’s early but the studio is already calling my name. Lots of things to cross off my list today!