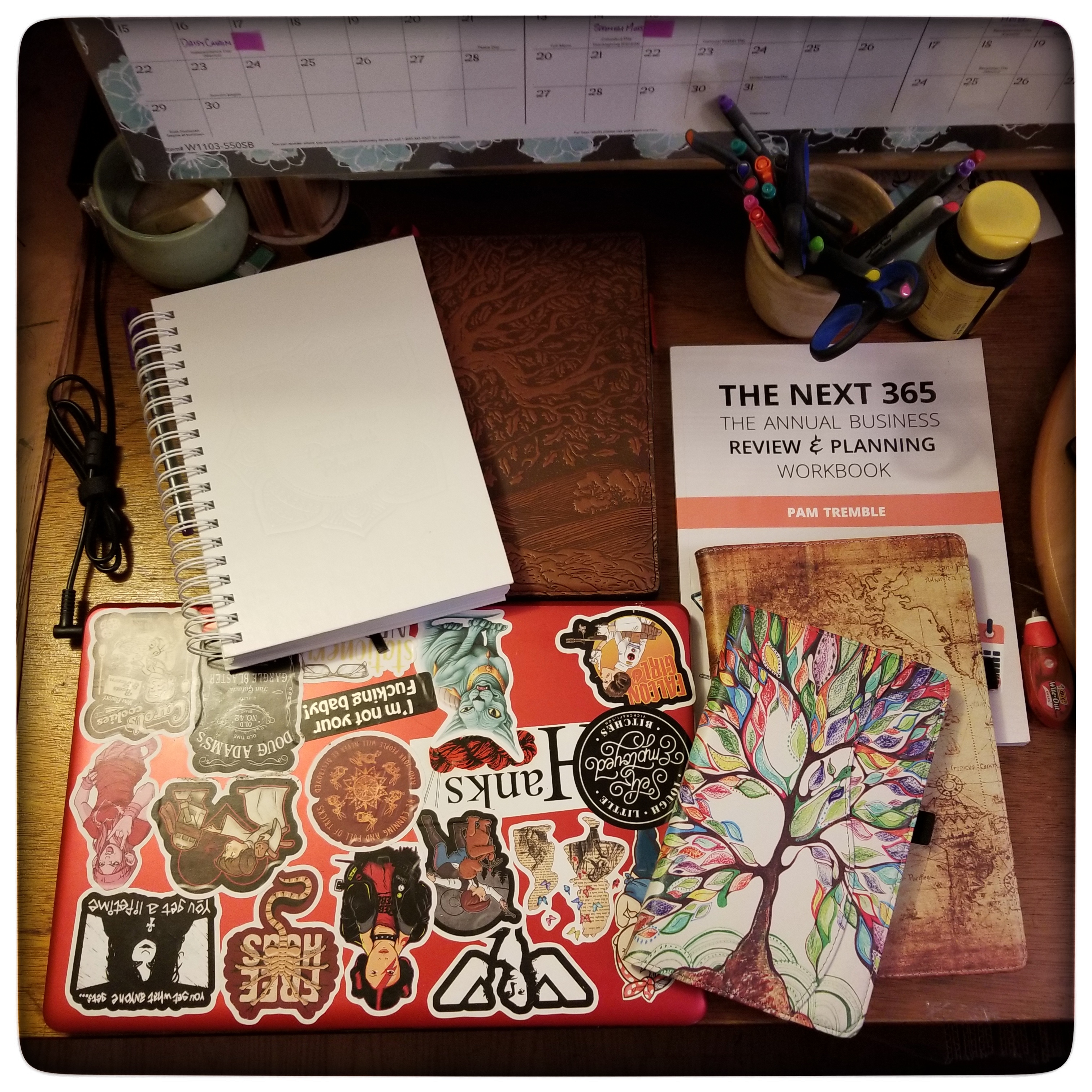 Here’s one thing about being self-employed… you’re never off work. Even on vacation. I mean, that’s OK, right, because if we didn’t want to live that way we wouldn’t, you know? We’d work for a company that we could walk away from a couple of weeks a year and not think about? But there are some of us, just the way that we’re wired, we can’t do that. So here are some things that I need to have a “come to Jesus” moment about, hopefully while I’m on vacation.

So, I just discovered that my soap distributor (the one whom I found out a couple of months ago is no longer making most of the molds I use, causing a deep thought process on soap molds and designs I use) just almost doubled the price of the soap base I buy from them. Do you know what I really don’t want to do? Double the price of the soap I make!

What are my options?
– I could stop making soap
This is not an option. I have no desire to *stop* making soap.
– I could raise my prices
I may have to do this. I have only raised my prices once in soap, in ten years, and I’ve taken on a lot of price increases on my end during that time. I probably should have raised my prices a little every three years, honestly, but I just didn’t want to. I may have to. Not double it, pff, I’d never sell any. But I may have to slowly raise my prices over the next year.
– I could reduce the amount of soap I make
This would mean I’d have to buy less base; I could stop doing the limited edition soap of the month and I could research what I haven’t had to make a lot of lately and cull those fragrances.
– I could research other distributors
I did actually do this already (I found out about the price raise about a month ago, I just haven’t wanted to talk about it) and even with the almost doubled price, this place still has the best price on goat’s milk soap base.
– I could research changing bases and/or making soap a different way
This isn’t really an option. I hear from so many people with sensitive skin that they can’t use a lot of other soaps but they can use my soap – I have no desire to let those people down. I could dive deeper into the soap-making process, coming in at a baser level and making things from scratch, but the reason I don’t do that now is because of time. Adding making the base from scratch to the amount of time I already spend on time would not be an effective choice for me. I’d have to give up something to clear the time to do that, and I’m not willing to give anything up right now.

This is a similar problem to what’s going on with the soap, in that my distributor made some changes and I just really haven’t wanted to deal with it. The reason I got into dyeing spinning fiber is because of a specific type of roving this distributor carried – pencil roving. If you’re not a spinner I’m not going to try to explain it, just trust me, it’s really fun. Well… they stopped making it. They carry the same type of fibers, but regular top, not pencil roving.

So do I want to keep dyeing it? I like spinning fiber, I’m a spinner! And I do a yearly fiber event – it would be stupid to not have some then. So maybe it’s something I want to do just once a year, dyeing fiber? Right before the event? And then any left can go up online after? Even though it would all be top, and not the pencil roving I originally wanted to get into?

Those are the questions I’ve been asking myself now, for, like, two years. I still don’t have the answer, and I’ve got a tub full of undyed fiber sitting on my shelves, staring at me, waiting for me to make a decision.

Oh, look, another one where someone else’s decision is causing me to have to make a decision! Yay! I have just NOT had enough of that this week! HAHAHAHAHAHAH sob

The short story is that in about six weeks, the client I’ve been using for my newsletter, is no longer going to integrate with my website host, Shopify. The “well that’s a pain” part of that is that it means I’ll no longer have an easy way to sign people up for my mailing list if I want to keep using Mailchimp.

Options?
– keep using Mailchimp and sign people up manually (meaning they tell me they want to be on my mailing list and I type in all their information)
Mailchimp has helpfully put up instructions on how to do this, and some other helpful information. However, that sounds like one more automated thing that works fine now but that would take me a lot of extra time to do by hand, if I even ever got around to it (y’all know how on top of newsletters I am now… imagine if I also had to enter in new people by hand!).
– keep using Mailchimp and use one of the now-recommended third-party options that will act as sort of a UN Negotiator between Mailchimp and Shopify
That just sounds like a recipe for disaster. What if I choose one of those third-party apps and then they close up shop soon, or raise prices, or make things even more difficult? Then I’m back to square one.
– ditch Mailchimp and use a new/different solution
Shopify has listed a bunch here. So I guess in all my free time, since this is the most likely option, I’ll read through each one and take notes comparing prices and what they offer and usage difficulties? Yay.

But! All of this will have to wait, because I also need to go write about another half-chapter for a Sunday chapter drop over on Patreon (the second half of Burgess’s backstory, and how he lost his arm). And this house is absolutely filled with family and I’d love to be a wee bit social at some point this week! Not everyone can say this, but my in-laws are a whole big lot of fun and I love them all dearly. I love coming up here to South Bend and spending whirlwind time here.