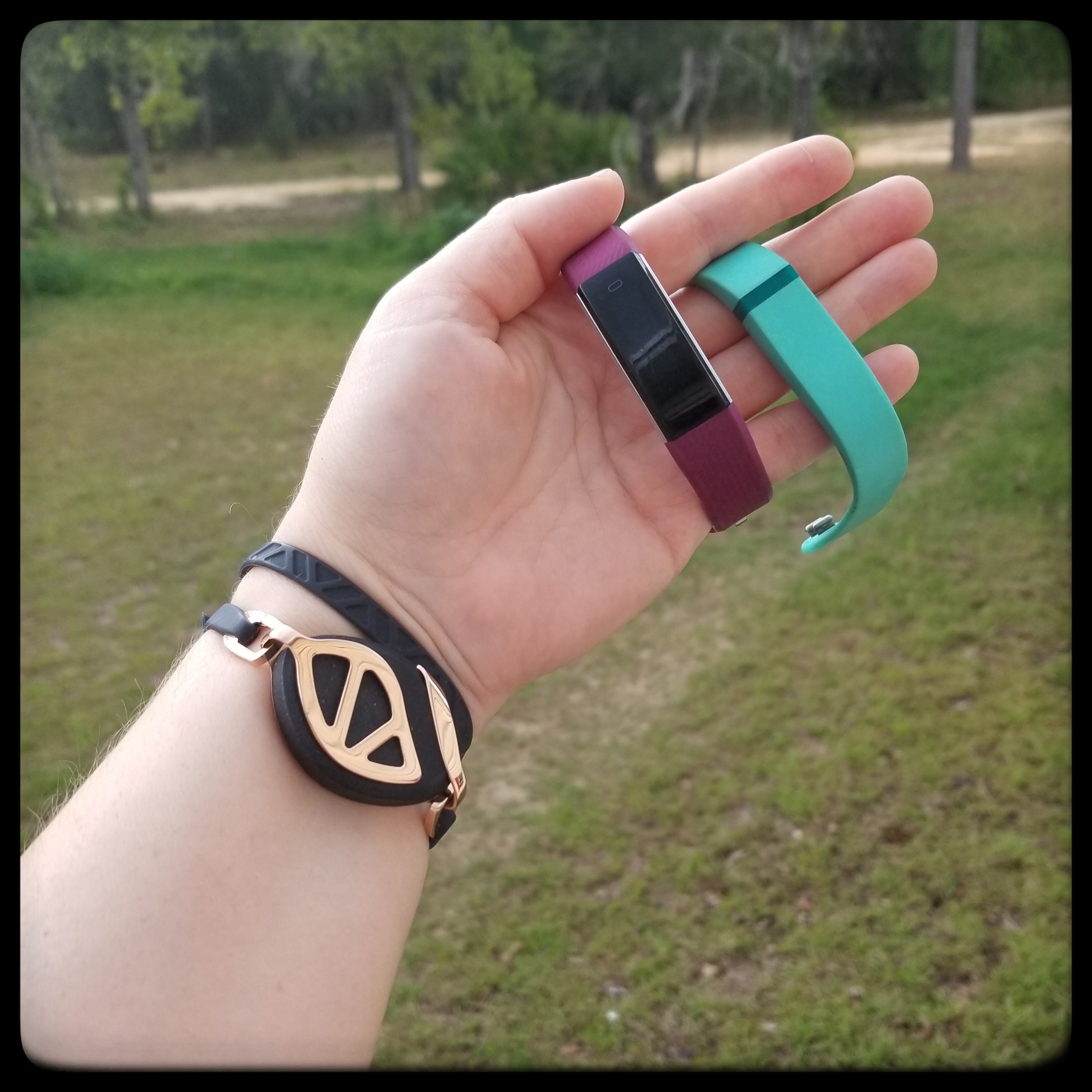 Hooooooo buddy, do I have a love/hate relationship with fitness trackers and apps. I mean, I’m prone to liking gadgets, anyway, and also technology… so when you can combine a gadget with an app? Sign me up! Having said that, they’re not for everyone (I can just see the look on my mother’s face right now as she’s rolling her eyes at me, thinking, “I don’t need electronics to tell me if I’m moving or drinking enough water during the day”). And if that’s you, too? Awesome!

But if you are like me, and you like tech, and toys, and things that talk to each other and track things…. you also might have gone through a few different ones before finding what you liked.

I always knew about your basic garden-variety pedometer… the kind that looks like an old-fashioned pager, and you clipped it to your belt or pocket (if you’re lucky enough to have pockets) or waistband, and if you were lucky it tracked one out of every three or four steps you took…. or didn’t add a bunch of steps for no reason other than, like, you leaned over or reached for something at your desk.

I think the first “gadgety” one I tried was from Nike; it was a thing that went in these special Nike shoes and would sync to your iPod. I didn’t have the shoes, but I knitted a little bag I could tie onto my shoelaces that worked just as well. I think I used that about … a year? Two years? Pros: it was awesome (for the time). Cons: if, like me, you didn’t want the fancy shoes, you had to figure out how to attach it to your shoes or multiple types of shoes if you were trying to wear it for the whole day and had different work shoes from workout shoes.

Then I tried an app for my phone, MapMyWalk. It took me a long time to find that one – there were so many out there for runners, of which I was not. Mostly I wanted to see how far I was walking the dog every day, and try to improve my step count. One thing I have learned about myself during all of this is that I do NOT take as many steps per day as I think I do – and having that count at the end of the day is a good motivator for me to move more. It was at this point, I think, too, that I found a website called “Walk to Mordor”… more on that in a bit, but essentially you’d type in how far you walked that day and it would tell you were you were compared to Frodo in the Lord of the Rings. Hashtag, Unapologetically Nerdy.

Overall I liked the MapMyWalk; I mean, it did exactly that. Told me how far I went while walking the dog. It had an online area where you could also have friends and encourage each other. But either my phone didn’t like it, or GPS wasn’t as advanced as it is now, and sometimes it would shut off if I stopped at a corner and waited to cross, or if there was heavy cloudcover, and after a while it just got so annoying I stopped using it. I think I’d gotten as far as Rivendell.

Then I kind of gave up for a while … and then FitBit came along. I got into the FitBit because some of my friends were into it, and I was at a point again where I thought my step count wasn’t as much as it should be even though I tried to tell myself it was (spoiler: IT WASN’T). Pros of the FitBit: again, it had a community aspect so friends could encourage friends, it was reasonably accurate (more on that in a second), and it had a neat interface that could tell you not just how many steps you took, but it also analyzed your sleep (spoiler: I thought I wasn’t sleeping well… I WASN’T… and I was a little depressed when I saw just how many times a night I was awake) and could be used as an alarm. But overall I was thrilled with what so far was the most accurate representation of my step count during the day (although it would count arm movements as steps, which meant that either I had to take it off while I was knitting or it would think I was exercising again).

Cons? When I first got it, you had to tap it when you went to sleep, and tap it when you woke up. A later update did away with that and it would automagically judge your sleep by your pulse and breathing patterns – which was good for me because often I’d forget to tap it before I went to sleep. And this is the point where a bunch of you can go ahead and laugh at me… it was ugly. I’d try to take pictures of myself holding products or working, and you could see the FitBit in the picture. I found myself holding things really oddly to crop it out of the picture, or I’d take it off to take a bunch of pictures and then forget to put it back on.

Another big check in the “con” column was that it was ridiculously hard to charge. The battery came out and you’d have to attach it to a dongle, and half the time it wouldn’t just charge. It would tell you it would, and then you’d take your hands off it and that would be juuuuuuuuuust enough to disconnect the connection, and it wouldn’t charge. So I’d take it off, charge it while I was in the shower, and then get out and find out it hadn’t charged at all. I tried tape. I tried sticking a paperclip in it, or other thin things, to hold it down. It got to the point where I hated Charging Day.

And the battery is only good for a couple of years; when mine died The True Death, I bought one off a friend, but it only lasted a few months and was even more finicky to charge than the first one. At that point, I said “screw it”. Oh – and either I was unusually tough on bands, or the bands were super, super cheap. I don’t think a band lasted me more than about four or five months before I’d have to buy a replacement. Now, the replacements were cheap, but… still.

Fast Forward about two years now, to last Fall…. October/November(ish). Now, y’all know the last few years have not been the best for me, health-wise… starting maybe with that breast biopsy scare at my first mammogram and going on through broken hand, broken and abscessed tooth, abscessed tonsil, at least three rounds of Bronchitis, the flu at least twice, and then that Shingles episode…..! Holy crap, y’all. I am NOT a healthy person. OH YEAH AND LET’S NOT FORGET DISCOVERING I ONLY HAVE ONE KIDNEY.

Now, sure; a lot of those things aren’t things I had a lot of control over… but still. I started thinking… I’m not young. I’m going to be 50 this year. Right now I’m the heaviest I’ve ever weighed, and more than a number on a scale (which really, I don’t care about the number, and I’ll get more into that in a bit)… I just don’t feel healthy. I don’t feel vibrant. I don’t feel good. My clothes are too tight and I don’t want to buy larger things and I feel like a slug and I don’t move around much and I’m anxious all the time and I don’t make the best food choices and my sleep patterns are crap… and, and, and. If you’re still reading this far, you can probably relate to some of that. If not all of that.

So I decided to make some changes. And I just realized that this is already close to 1400 words, and I’m only about halfway into what I wanted to say… so I’ll end here, on a cliffhanger (which I know y’all love) and next Monday or Tuesday I’ll finish up. 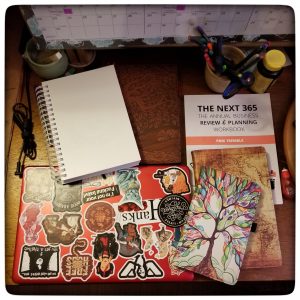 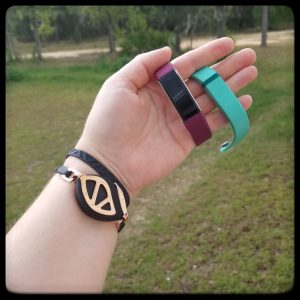