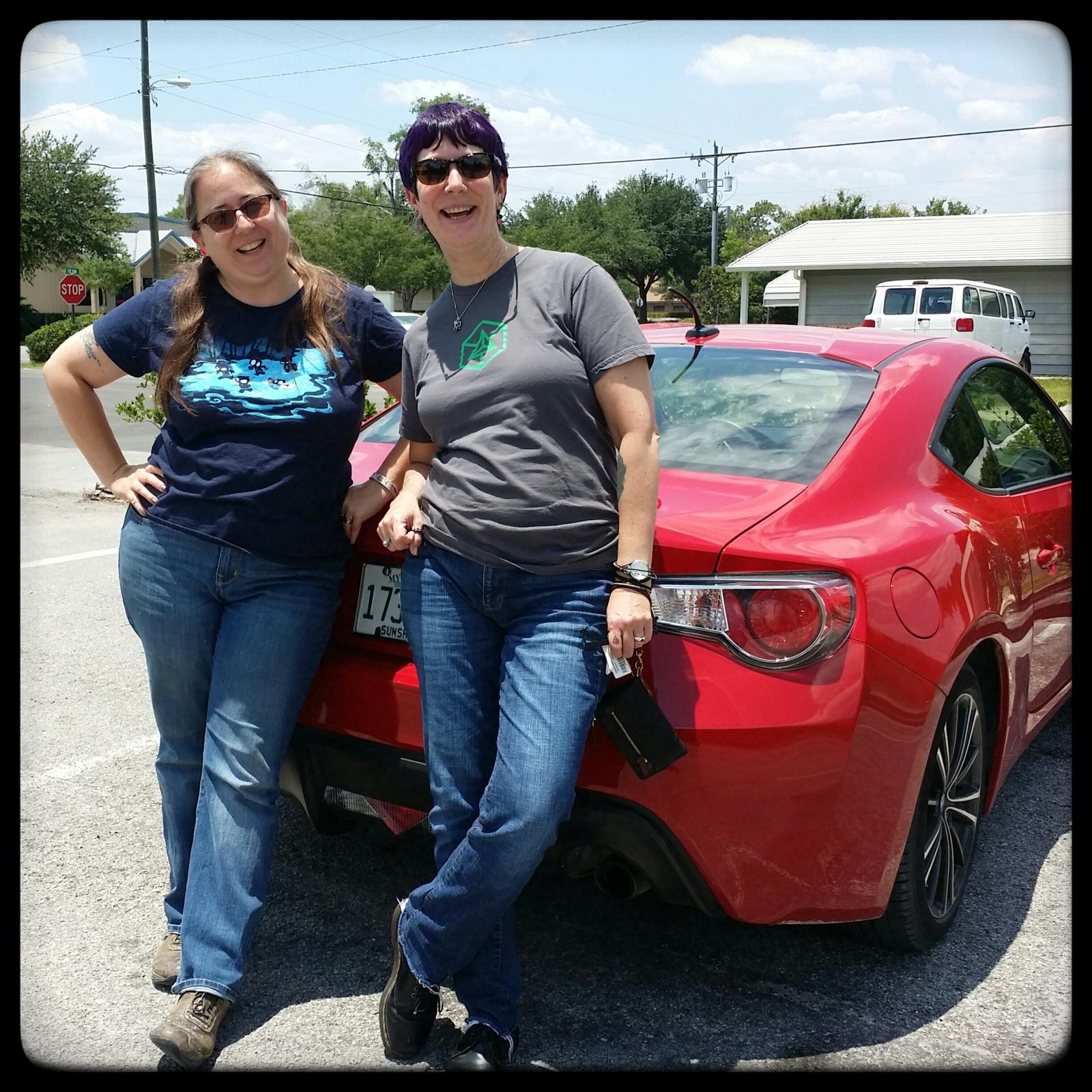 After a quick family breakfast, it was off to Baltimore.

Why Baltimore? Well, first off, it’s my hometown. I have ties… including much family in a cemetery, and y’all know by know this trip is all about the dead folks. Also, there’s Poe’s gravesite, which I have been to and Sharon has been to, and we both took pictures there of us on opposite sides of the marker and had a friend photoshop us together…. so if we’re only a couple of hours away, why not swing over there and get an actual photo together?!

Plus… it just so happened that this was BaltiCon weekend. BaltiCon is a science fiction convention that my dad was involved in way back in the day, and many of his friends still go — people who haven’t seen me since I moved away from Baltimore when I was a child. And friends I’ve made in the DC/Baltimore area go every year as well. And my aunt and uncle were going this year. So… with all that?! I mean, how could we NOT go to Baltimore!?

So, we did. We got there, checked into our hotel, walked over to Poe’s grave, walked around the harbor, we ate lunch with family and friends, went back to the con hotel and hung with friends for a few hours (including old family friends who hadn’t seen me in about 45 years) and then instead of living it up and having a wild night in the big city… we ordered pizza and chatted until we fell asleep.