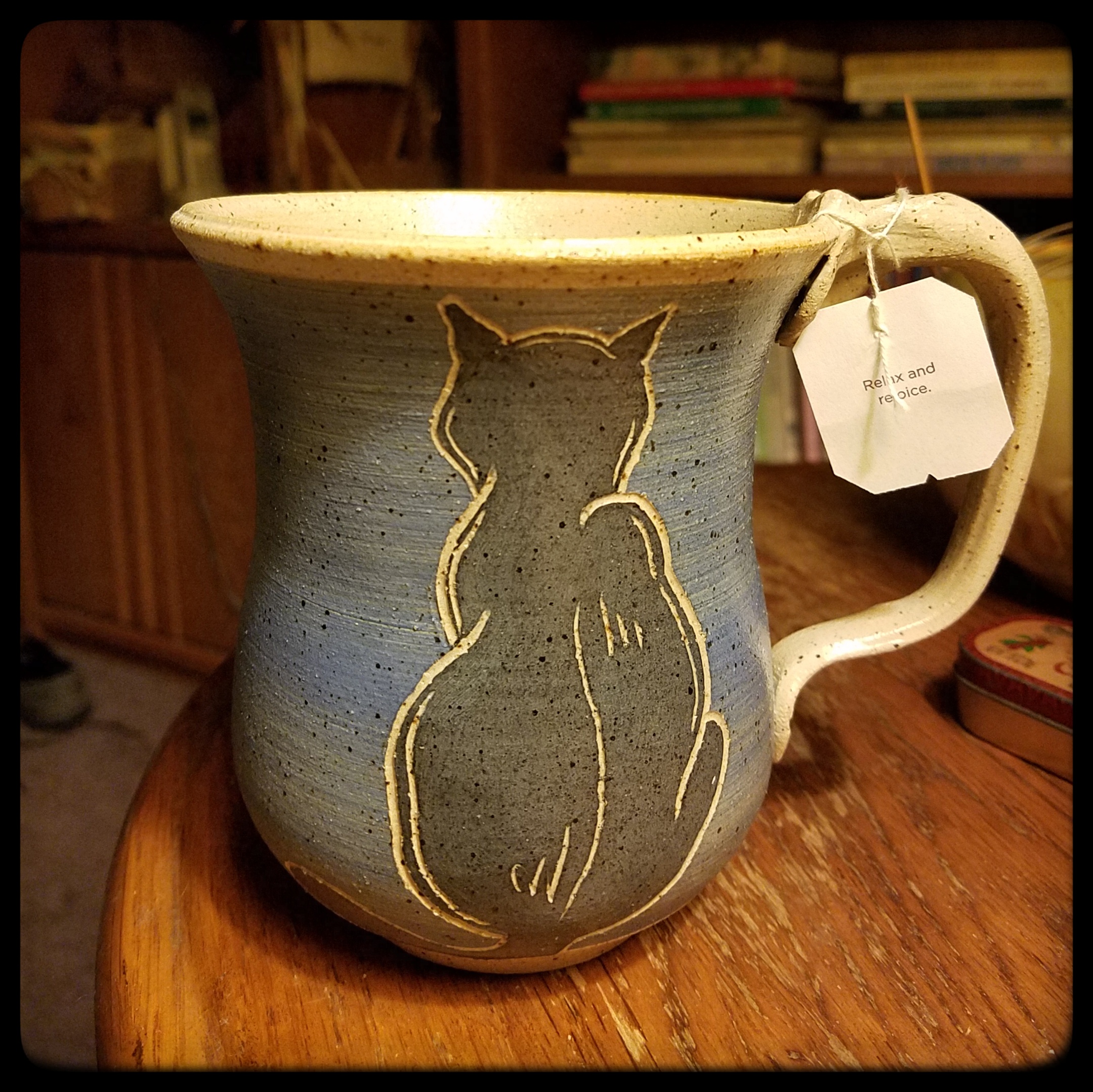 Being grateful to the universe that everything has lined up in such a way as to let you take time away from work to help take care of people you care about but at the same time being frustrated that you’re not getting things done at work that you needed to do… is a weird see-saw of gratitude and guilt, of love for others and self-recrimination.

When my dad was sick, those last few weeks of his life, I worked for The Enginerding Company. Things were looser there, back then, more like a family, and many people who worked above me donated hours to me – their own sick or vacation time that I was able to use, to work half-days. I would go to work in the morning, leave at lunch, and go to my dad’s for the rest of the day – but I’d get paid for a whole day. This was both wonderful and not; I’ll always be grateful for that time with my dad, but I also felt like I was letting down everyone at work because shit still needed to get done and only two other people worked in my department.

Now I work for myself and I don’t have to ask for time off when someone I love is sick and needs care, but I also don’t have anyone else at work donating me hours or covering for me and picking up my slack. If I’m not there, shit just… don’t get done. And I am so …. weird! I’ll drop everything in a heartbeat to help someone I love, but I will spend the whole day with them internally berating myself for not being responsible and working. WTH, brain. Brains are dumb.

February and March were a flurry of sickness and care. Tim’s uncle (long time readers know that they live with us – in their RV parked in back of my studio – that they sometimes travel but are currently with us) went into the hospital in early February, not feeling well. Ten days of transfusions and testing resulted in a grapefruit sized tumor being removed from his colon. While visiting him one day, Tim’s Aunt – who has macular degeneration – tripped over part of a chair she didn’t see, and tore her rotator cuff. Which meant that when he came home and would need health care, she wouldn’t be able to help him with much because she was immobilized herself. He would have home health wound care three days a week, but … someone (with the use of both arms) would have to clean his wound the other four days a week.

Of course I jumped at the chance to help them. I mean, that’s just what you do, when family needs help – you jump in, you do what you can, and you don’t embarrass or make them feel like shit about needing help because we are all in this boat together. I didn’t know how I’d do with wound care – I mean, sure, I set my own broken toe that one time, and I’ve read that “appendix removal with knitting needles and a steak knife” scene in Alas, Babylon, like fifty times. But would I pass out learning to unpack, clean, repack, and bandage a deep wound….? Nope! Turns out I’m fine with it. Oddly fascinating, actually! But it did have to be done once a day, and I found that taking the whole, like, six minutes to do it, right after lunch, fifty feet away from my studio, was weirdly time-and-brain eating compared to the small reality of it. I’d not want to start a big project before, because I didn’t want to forget to go over there… but then when I got back a mere ten minutes later I felt like I didn’t have time to start a big project because I only had half my day left. Have I mentioned that brains are dumb? Brains are dumb. Why didn’t I start something in the morning and just walk away for it for a mere ten minutes? Guh. Brains.

And then for about … I don’t know, ten days…? Someone else I care about was in the hospital, and for a while couldn’t be left alone. I mean, I suppose he could have been, but confusion and fear added up to ripped-out IVs and escape attempts… so he really shouldn’t have been alone. I would tag-team with another person (and hospital staff, who were as attentive as they could be for their own workloads) and go to the hospital in the mornings until lunch to be with this person so he wasn’t alone.

Then I’d get back home by after lunch, four days a week, for wound care here. I missed my calling, y’all! I shoulda been a nurse! Hahahaha, just kidding, I don’t like people, I just people I know. I’d be a terrible nurse.

Thank goodness one of Tim’s cousins has come down to help out twice; once for a few days right after Cetty tore her rotator cuff, and again for about a week when Cetty had surgery. One of Joe’s daughters was going to come up earlier than that and help, but she lives in South Florida and her son goes to That School and suddenly she had seventeen funerals to go to with her son. She came up for one day, but had to rush back, and … my heart broke for her. I can’t imagine having kids right now and sending them to school every day. I couldn’t do it. I want to wrap my nieces and nephews and goddaughters in giant bullet-proof bubbles and never let them leave the house. Gah. Anyway. My point is that it hasn’t ALL been on me, there has been help. For which I’m grateful, because for a while there before Katie came down the first time I was starting to flip out a little. I was too tired for dinner three nights in a row. I don’t just mean too tired to decide what to make, and to cook… I mean I was too tired to eat. If someone couldn’t pre-chew it and throw it up into my mouth like a baby bird, I didn’t have time or energy for it.

Oh! Side note, by the way – I’m not even getting into all the problems that have happened because of infected wounds, muscles that don’t work right, secondary infections, and yadda yadda yadda. I am deeply aware now of why my friends who are parents are so blase about getting peed on, and why it’s so easy to talk about poop at the dinner table. Sigh.

Anyway. Where was I…?

It did mean that I was faced with a decision (and this is where being on Prozac for a year comes in, because I don’t think I could have made this decision even just a year ago). I could do three of four things. I could take care of people out here, I could take care of people in town, I could take care of myself, or I could take care of things at work. For a change, I chose self-care over taking care of things at work. Hospital in the morning. Wound care and any errands or doctor’s appointments out here in the afternoon. After that, me time. Reading. Knitting (knitting chemo caps, for a dear, dear friend who doesn’t live close enough to me for me to get to him every day and tell him how wonderful he is, so instead I am knitting him ALL THE HATS – but of course, that meant that care and worry for him has also been in my heart and on my mind). Laundry. Soaking in the tub with whiskey and a book. Trying not to hate on myself for an ever-growing list of things not done at work. A year ago I would have scrambled and tried to do everything, and I would have exhausted myself. I think that’s why I’ve been sick myself, for so much of last year… years of overextending finally caught up with me.

Anyway. Is anyone still reading this? Good lord, this is a long one. Welcome, new followers!

My loved one in Gainesville is back home and recovering. My friend with cancer has an ever-shrinking tumor. Joe’s surgical wound is finally healing and has closed enough that he can just slap a bandage over it. And I’m (mostly) caught up on sleep (I can always use more sleep, y’all, I love me some good sleep). This weekend I got SO MUCH WORK DONE, y’all! So much work. I am starting to feel caught up with things I’ve been dropping. And I hope the people I care about do not feel as if they’ve been a burden, because they haven’t been. Y’all know me, I hate people. If I didn’t want to help, I wouldn’t. Heh. Seriously, though… one of the reasons I want to – no, that I have to work for myself is that I one hundred percent want the kind of life where I can stop everything I’m doing to help someone in need.

But for the moment, anyway, the people I was helping are good on their own feet, and that means I can get my groove back on my own stuff. Hello, Monday. Let’s do this! 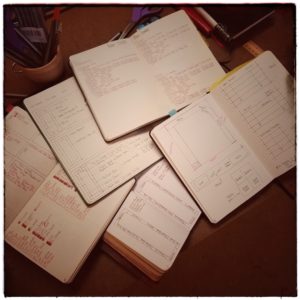 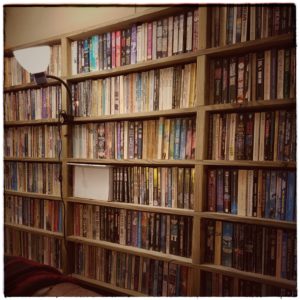