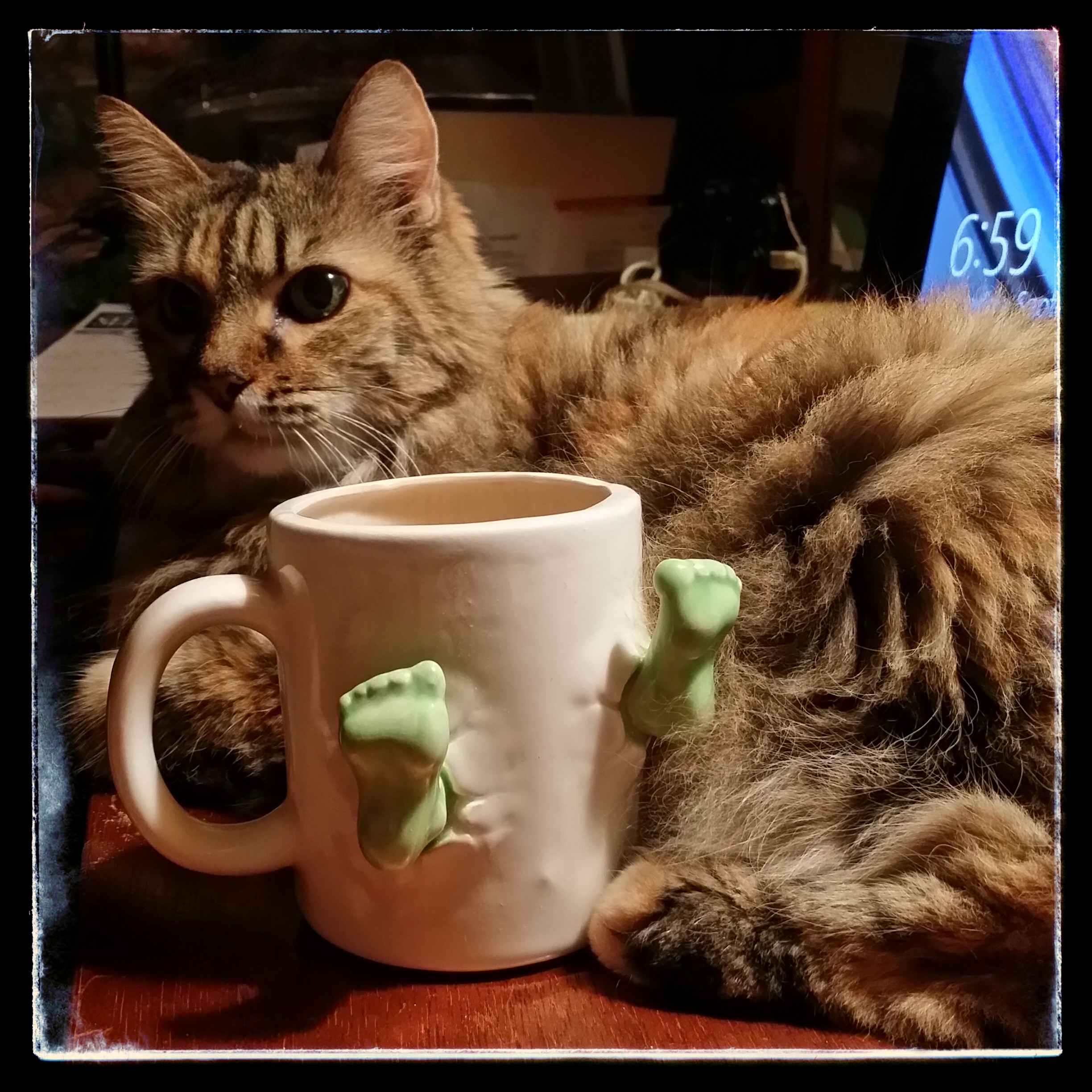 … I feel I should start each blog post with that this week, heh.

Tim and I had a long talk at dinner last night about cat end-of-life care, and whether it was necessary (morally or physically for the cat) to get vet intervention (to add to life), and we both were on the same page. It doesn’t seem like, compared to what we’ve seen with our other cats who have died, that this is just like… a bad cold, or something, that can be cured. And neither one of us want to be THAT PERSON, the one who the vet can buy a new car thanks to, the one who keeps a cat alive a lot longer than they should be. So we’re snuggling her as much as she wants, we’re putting wet cat food down in front of her every couple of hours (even though she’s not eating more than a bite or two, at this point), and did I mention the snuggles?

Huh. I don’t really have that much else to say. Yesterday I really wanted to throw some mugs (it was on my to-do list, even!) but I determined in thinking about what else needs to be done before Saturday, that I wouldn’t have time to make what I wanted to make *and* get the studio together and get the house together. So I opted for starting to clean the studio up. Today I’ll work a little more on that, get soap club out, and start on the house.

Yesterday while getting the studio ready, I had The Stand on TV in the background. I’d seen it was on a week or so ago and set the DVR to tape all four episodes, so I could have it on as background noise while cleaning and getting ready. I’ve seen it before, and read the book countless times – it’s probably my all-time favorite Stephen King book, and one of my top five favorite books. I’ve always kind of flip-flopped on who my favorite character is, though. For a long time it was Frannie, but then I also waffle back and forth on Stu and Nick – all three of them are really well-done characters (one of the things I love about that book so much is that just about every single character is distinct and well-rounded) but the more I had it on yesterday… I really think my favorite character is Tom Cullen. Laws, yes. M-O-O-N, that spells really sweet guy. 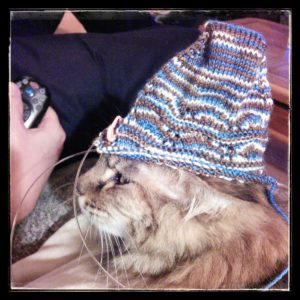 Previous post I think she thinks her name is “Brindle, Dammit”! 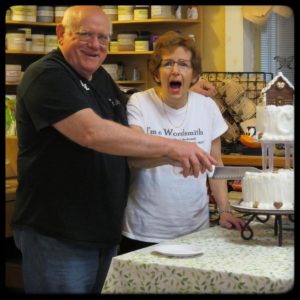