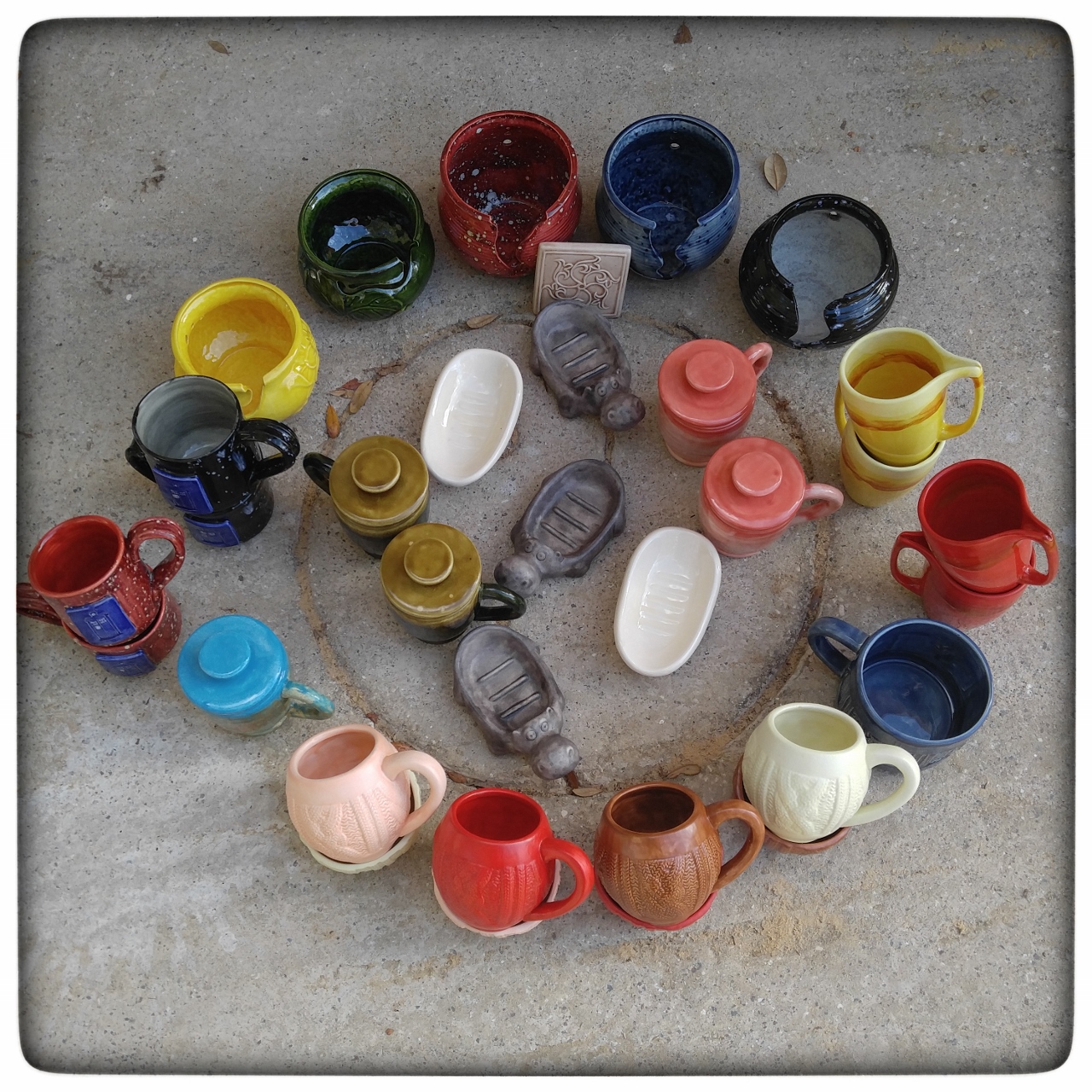 I got so much done yesterday I didn’t need to go back into the studio after dinner!

I started off by (well, after blogging, and showering, and having breakfast) by unloading the bisque kiln and immediately putting everything that I’d finished glazing yesterday in the kiln. Then I loaded up the glaze table with the bisque from the firing that was going to be glazed with Cone 06 glazes, and got to work.

In between rounds of glaze drying, I also wrapped soap. Which is just as dull and time-consuming as it sounds. I also got all of the soap I made Monday out of the molds and set it to drying … which it didn’t want to do because of the high humidity, so I wound up shutting the doors to the studio and turning the AC on, to try to dry out the air.

I did not get to winding any yarn, and I did not get to folding any laundry, but I did get a big hug from the Dominican FedEx guy, who laughed loudly when I came up and said, “no more flat tires, right?” “I love you, mami!” he kept saying. I wonder if there’s some sort of… strange Dominican Christmas treat or something I could make for him for the holidays. I am pretty sure he’s alone… he said his daughter is in the military and stationed in Africa, and when I asked about his wife, he just looked sad and shook his head. Which, when he said later that he moved from New York 16 years ago, made me wonder if she died in the Towers. NOW I AM SUPER SAD, THANK YOU, BRAIN THAT LIKES TO MAKE UP BACKSTORIES FOR STRANGERS. Sigh. Hashtag, writer’s child problems.

ANYWAY. Today will be wrapping more soap, glazing more ceramics, and winding the rest of that yarn by god.

But first, as always, MOAR COFFEE. 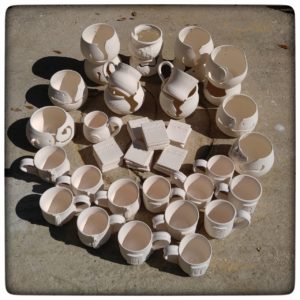 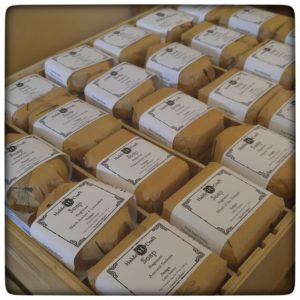