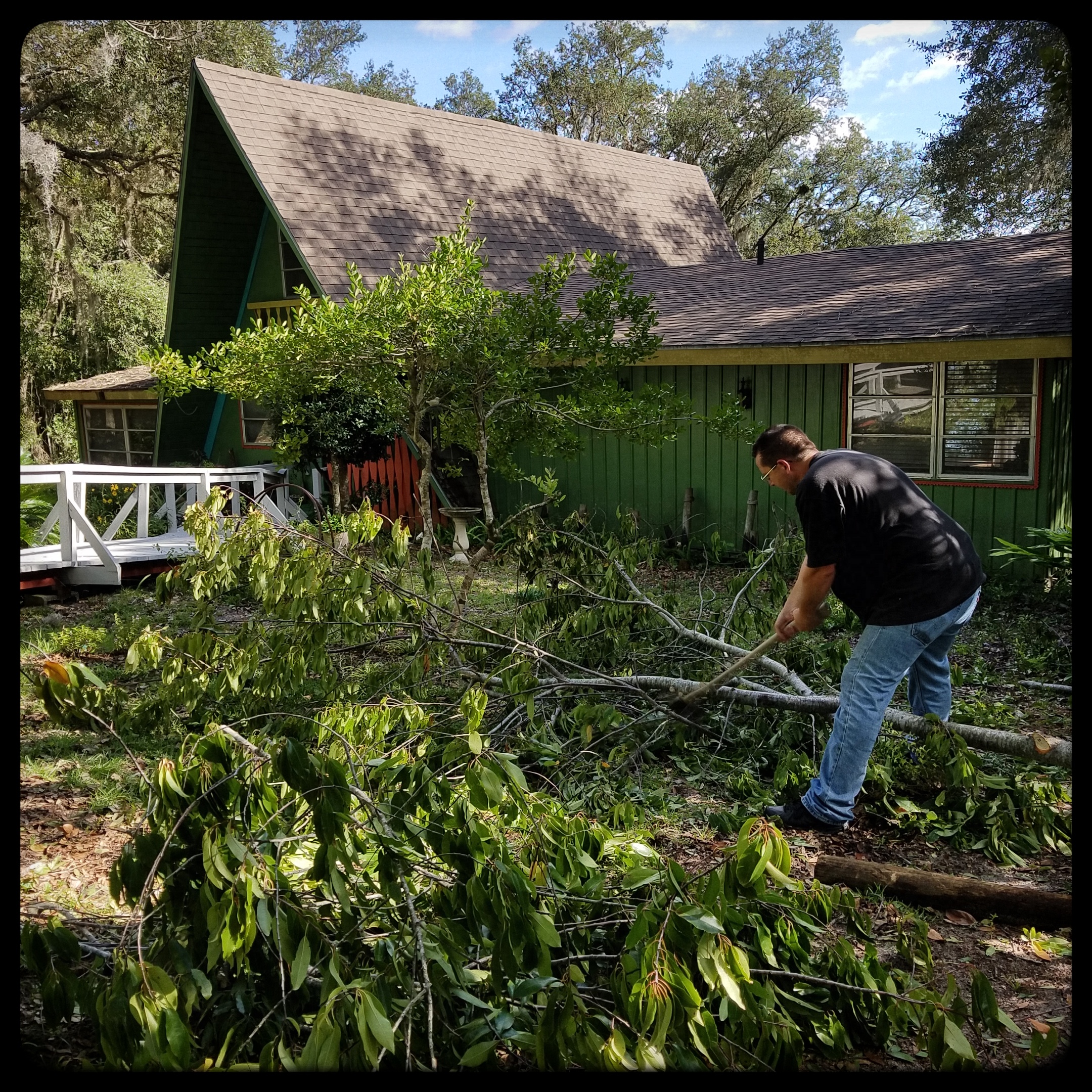 Most of the day yesterday I wrapped soap and watched TV while doing it, and Tim and Joe started pulling schmutz from around the yard and burning it. Tim already had a respectable burn pile going in a flat area across the driveway from the studio (where eventually he wants to put a metal and woodworking shop about the same size as the studio) and they added branches to that. It took a good portion of the late morning and early afternoon… things were so wet they took a while to catch and burn! 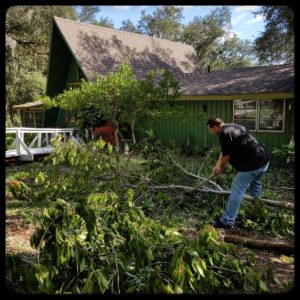 When it was done, we were able to go over to Doris’s and help her with a tree; the top third of it had blown off but then gotten tangled in the tree next to it on the way down. Tim was easily able to pull it and another broken branch down, and chop everything up. We took the smaller branches back with us to add to today’s burn pile (she said the trash pickup would take them, eventually, and we didn’t want them to just sit next to her driveway for a week) and the larger parts Tim chopped up and we added to her woodpile. Doris lives on a lake, and has a large floor-to-ceiling window on the back of the A-frame that looks out on the lake… so she boarded her cat at her vets, and she and another friend, June (and June’s two cats), went into Gainesville to stay with my stepmother Barbara. Doris has been like a bonus aunt for me most of my life (and the fact that she lives out here in Keystone was one of the reasons we considered property out this way) and I’m glad that Tim was able to help her out so easily and that she made it through the storm with nothing but worried calls from her sister. (I’m also glad nothing happened to her house, which is so cute I can hardly stand it! It’s like a little gingerbread house!)

Today will be more of the same. Tim’s torn between cutting up the one tree that fell and took out two others, more because it’s an eyesore than a danger to anything, but I know he also would like to get the roof on the kiln shed. We’re having an open house next weekend and it would be really great to have that finished.

So… what are your lazy Sunday plans….? 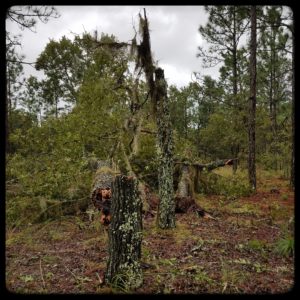