I was just telling a friend on the phone yesterday that I don’t remember, when buying a house 20 years ago, it being quite this time consuming. As such, I don’t really have a lot to show for this last week, work-wise! 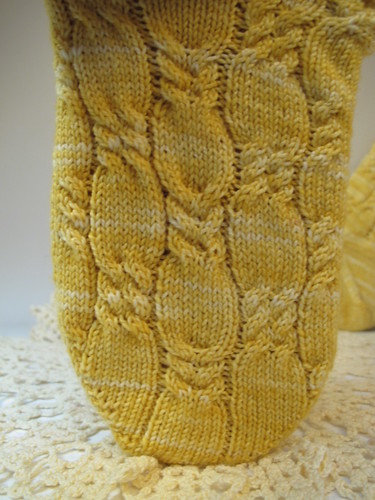 I finished a pattern I’ve had in my head for a while for a new pair of socks. Of course I don’t have time to type up the pattern, but you can expect this (and the fingerless gloves pattern I worked up earlier this year) to be released some time in 2015. Ideally early 2015, as I have hopes to be able to chart these up while we’re packing and moving, and I might have two weeks or so in there were I can’t make anything but will still be itching to be creative. Charting cables and typing up pattern instructions will be perfect to scratch that itch. 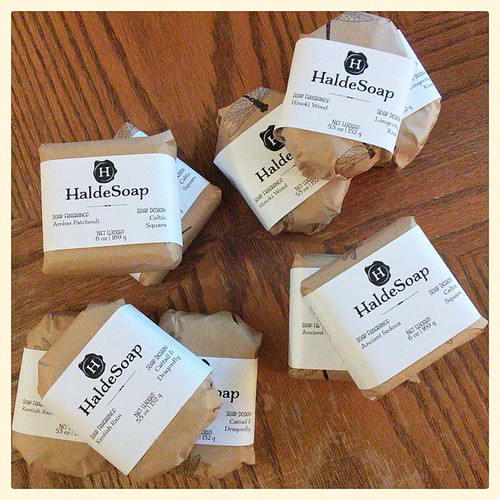 I made a little bit of soap, so had a small restock yesterday (soaps are here). I’ll have another small update late next week, too. 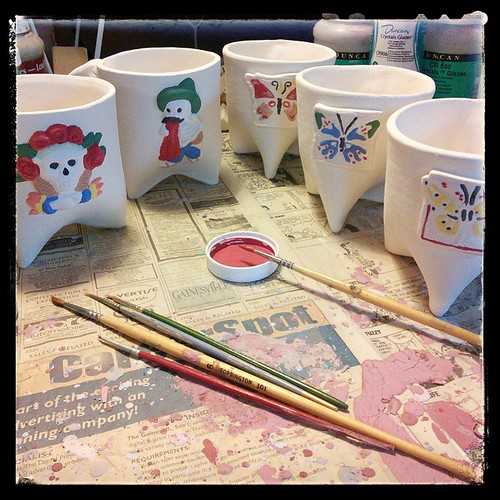 I got the second coat of paint on the mugs, and think I’m going to risk not putting a third on there. I’ve already got one coat of glaze on them as I write this, will get a second on tonight, a third tomorrow, and this should fill up the kiln. I should fire on Tuesday — first kiln firing since SEPTEMBER. ouch. 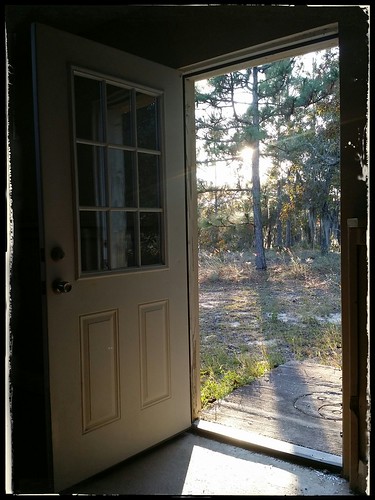 And twice last week we went out for half a day to look at the property we’ve put an offer on. Once to meet with the Realtor, look over the property more, and get dimensions of the rooms in the house (because we’re just nerdy enough to want to pre-block out where we want furniture)… and once to meet with the Inspector, so he could tell us if the roof was about to fall in or anything. Nothing was brought up that we didn’t expect… the house isn’t in great shape but That Poor Man and I are both pretty handy, so between us and our handy friends and family, there’s nothing that can’t be fixed.

From wild birds like eagles, hawks, crows, and rav

Oh, hey! It's Wednesday! I got my second Covid sho

Also thinking about making some more of these, now

These Deathly Hallows stitch marker sets have been

Who wants to come over and wind yarn for me while