When we first moved out there, it was into a mobile home we bought. There was no house there, although there was a large circular driveway that would place a house smack in the middle of the forty acres. They bought a double-wide. They had it moved out on a Friday but it took so long to get out there, there wasn’t time to put the pieces together. They sat, uncoupled, for the weekend, albeit covered. Apparently not enough to deter curious tree frogs, because the next week when the crew, supervised by my father, put the house together, on the walkthrough my father kept finding frogs. And for weeks, desiccated frog carcasses. My dad felt so bad he named the farm after all the treefrogs who gave their lives. 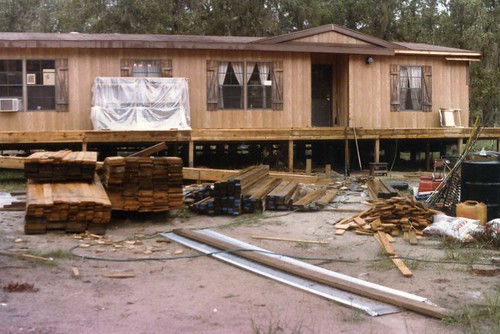 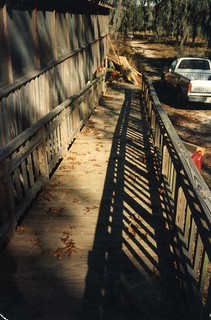 Two years later, after my grandfather died and we moved G-ma to Gainesville (half the year with us, half the year with Aunt Gay and Uncle Joe, who had also just moved to Gainesville), we bought her a single-wide, put it in line with the double-wide but about 20 or so feet apart, and then built a large connecting porch. THAT PORCH. I loved that porch more than anything else on the farm. The summer it was built, there was a hurricane. All but one of the crew took time off; the one guy who showed up had one arm and he’s the one who did most of the work. Faster than you’d think, methodical and with a lot of craftsmanship. I don’t remember exactly how long it took, and towards the end the double windows you see in the above picture were replaced with French doors. The set of windows closest to the door was the living room; the set with the window AC unit in it was my room. My parents room was the single window towards the end of the house – I think they got that replaced with a single French door, but I don’t remember 100%. “Her” end of the porch was somewhat off limits. Don’t ask, she had issues.

The porch had a long ramp, to accommodate G-ma’s wheelchair. It was uncovered and needed to have boards replaced now and then, but the wood, I seem to recall, was a different kind than the actual porch, which never needed a lot of work. Or maybe it was just because the porch was covered. The ramp started at the end of the porch near my parent’s room, and sloped up the entire length of the double-wide to meet at an open area that was next to the covered breezeway that connected the two porches. 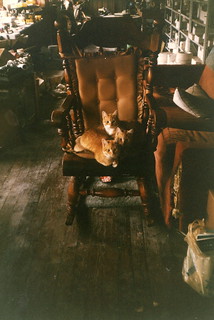 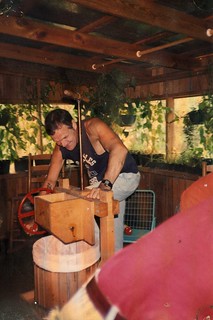 In the above two photos, you can see the different ends of the porch. The couch, rocking chair, and if you can distract yourself from the orange cats, my molds and kiln and ceramic supplies, were all at G-ma’s end of the porch. The wine press (which I think this may have been the only time they made wine), all the starter plants, and more rocking chairs were down by the other end near my parent’s room. And yes, that is a tin roof, and yes, it covered the entire porch, and yes, it was like heaven when it rained. And yes, I just got an ache in my heart from how much I miss that sound — the biggest disappointment of this house I live in now is that it doesn’t have a porch. Although, really, after THIS PORCH, what could compare? 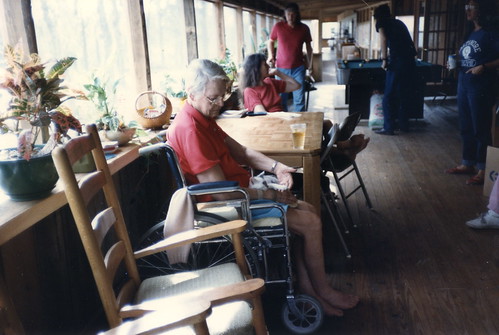 My room was near the other end of the first house, so, near the breezeway and where the ramp met the porch. My doors opened out to the pool table. In this picture you can see how wide the porch was — enough so that the pool table was never crowded. And you can see all the way down, to the end of G-ma’s side of it. There seemed to always be the perfect breeze, the ledges under all the screens were wide enough for plants (and cats), Good Times were always had on that porch. I don’t miss the mobile homes, I don’t miss the two acres of blueberries, I don’t miss the chickens, the sheep, the cows… but I sure as fuck miss that porch. 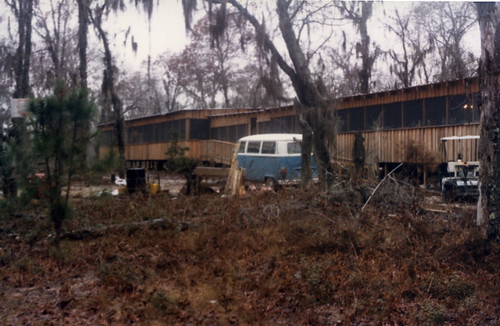 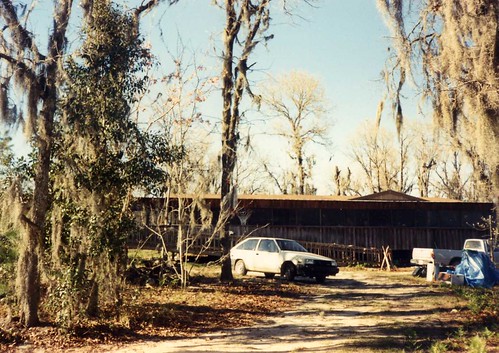 I still don’t want to say too much in public about the place Tim and I want to buy (I’m holding out until we go out there within the next few weeks and I can show you guys some pictures), but it has a porch. It’s not THIS PORCH, but it’s not nothing. I hope Tim doesn’t mind making me a shitload of rocking chairs, I want it to look like a goddamn Cracker Barrel all up in there. 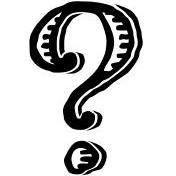