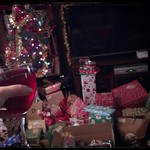 A couple of days before the mammogram, I cleaned out my little library, intending to craft a little – for personal reasons, not work – in the mornings. That worked until it started to get cold – I couldn’t plug in a space heater – but it worked great for the first few weeks I was going through this. Spinning in the morning did help to center me. Good thing, too, as I was supposed to be on vacation, HAHAHAHA, we all remember how THAT turned out. I may never take another vacation again, I worked so hard on that one. I started a knit/crochet-along on Ravelry, got questioned nearly to death on the exact meaning of “use 75% of the skein”, turned down oodles of last-minute custom order requests for personalized ceramics via Etsy that I never would have been able to finish in time, even if I wasn’t on vacation, and of course there was Christmas. 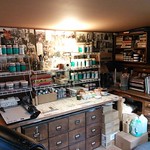 The day they called me to schedule the ultrasound, the day after Christmas, I cleaned my work surface in my office. Nothing helps me to clean like sublimating my worries and channeling that into cleanliness! I also spazzed out a little because I felt like at the time, I was being asked to pay really close attention to a few things that other people thought were really, super, universe-changing important, things that from my world view really didn’t matter all that much. I’m sure that if I had told these people “here’s what’s going on for me right now, could you put a leash on that drama llama?!” they would have laid off, but then again, it wasn’t like I was telling everyone about this, so I tried to keep my temper in check so I wouldn’t look like a TOTAL crazy lady.  I think I mentioned, too, that that was the weekend our friends Caitlin and Greg came into town for an afternoon, and we had a good time seeing them, eating ALL THE PIZZA at Satchel’s, and then going to Craig and Rhea’s for a little while for more social time. 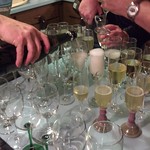 I had thought the ultrasound was on New Year’s Day, but I double-checked my calender and it was on the Monday, the 30th. That day was also the day our friend Antony came into town, so combined with that and New Year’s Eve there was a social whirlwind that allowed me to [somewhat] get my mind off things. I knew I had to decide between a biopsy and an MRI, but was told the MRI wouldn’t be until the middle/end of the month, and that I could change it to a biopsy if I wanted, even at the last minute. So I took a couple of days off from my brain, to not think about it, so I could approach researching differences between MRIs and biopsies and how to best choose the right one for you.

And did I mention I was sick for most of January? I’m pretty sure I mentioned that at the time; I wasn’t sick enough to completely stop working and take time off, but sick enough that I wanted to whine about it. Much Kleenex; such sneezing. So wow. So I had a lot on my mind, I was sick, and fussed, and it’s amazing I didn’t wind up punching random people in the face. But, I got through it! If you’re reading this because you found my blog searching for first mammogram results, or getting called back after a mammogram for an ultrasound, or having to choose between an MRI and a biopsy, let me just tell you that I have all the mental control of an spastic chicken, and I got through it. You can too. 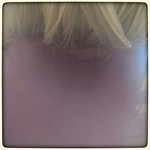 But I still had a ton of work to do. If I decided to get the biopsy I was going to be unable to lift my dye pots for anywhere from one to five days, depending on the research I was doing. And I had January yarn club to be mailed out by the 10th, and February and March to think about. If they did find something, and it turned out to be A THING, that was going to put me out of work commission a lot longer than a week, if I had to get surgery and/or any other sort of medical treatments.

Does it seem dark-minded, to you, to think about what you would do if you were diagnosed with and had to go through cancer treatments? Because here’s a thing about me; I fear the unknown a lot more than the known. I’ve had friends and family – so many I can’t count on two hands – go through cancer treatments. While I would be afraid of being told I had cancer, I would not be afraid of actually having it. There’s no unknown there. You live, or you don’t. My plan would be to live, or go out punching that motherfucker in the throat as I was leaving. Part of that means thinking about it, mentally preparing for the worst (while hoping for the best), and making plans for things around me (work life, home life, friends, knitting).

ANYWAY, while I was trying to research, choose between an MRI and a biopsy, I also got three months worth of yarn dyed, just in case.

This post is already at almost 1000 words, and I still have more, so I’m going to break it into two parts. So, stay tuned!