In the last couple of weeks (even when sick, that’s what DayQuil is for) I’ve been doing a lot of this – And what I haven’t been doing, is working myself too hard. WHO AM I? I’ve been doing the barest to get by: making the things I absolutely have to make because I’m sold out and people are asking about them; answering the most pressing of emails; ordering supplies. And that’s it. I’ve been keeping an eye on but not participating too much in online chatter (not that I don’t love everyone, but there’s only so much energy I have when sick). I’ve been slacking in my daily photo routine (sometimes four photos a day, sometimes none). But the biggest thing that I haven’t done, since New Year’s, is going back to my computer after I’m done watching TV after dinner. It used to be that after TV, maybe around 9 PM, I’d stop watching TV and come back to my laptop for about an hour – I’d answer work email, I’d check in on Facebook and Ravelry and see if anything needed my attention, I’d go over a few things for tomorrow or the coming week. I haven’t been doing that. And the only change I’ve really noticed is that my views on Facebook seem to be going down (on my HaldeCraft page)… and that’s it. Ravelry didn’t explode. People didn’t email me, angry that I hadn’t answered them right away. The moon didn’t fall out of orbit and careen into the Earth.

My tablet sits next to me while watching TV (primary use? “Hey, what have we seen that guy in before?” “Check IMDB!”) and I’ve been reading some ebooks on it in bed before going to sleep, so I can use that to check email/Facebook/Rav before bed. I try not to, but sometimes I do, but I’ve been trying hard not to answer any work questions in the evening, unless it seems like a legitimate issue (broken merchandise, something along those lines). I read it, then it goes into the back of my head, and I deal with it in the morning.

On one hand I feel like I’m not getting enough social media stuff done, but on the other hand, I got a lot of rest while I was sick. Some things I let fall by the wayside I’d really like to get back on track with – especially checking up on my friend’s blogs – but some things, like not answering work questions after dinner, I think I can live with. I feel like I should be available, after all, people with day jobs use the evening to shop/ask questions. But I was trying not to act all the time on those feelings… I was trying to – get this – take care of myself and not press myself too hard while I was sick! Of course, I was sick for almost three weeks, so I don’t know how well that worked. But I’m better now, still sneezing a bit, but my energy level is much better and the last few days I’ve really gotten a lot done in the ceramic studio (I’ve poured so many ceramics I can’t pour or make anything else until I get some cleaned and in the kiln – I’m out of drying space!). So over the next few days I’m looking forward to getting back on top of Ravlery, Facebook, daily photos, etc.

What have YOU been up to the last couple of weeks? 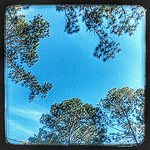