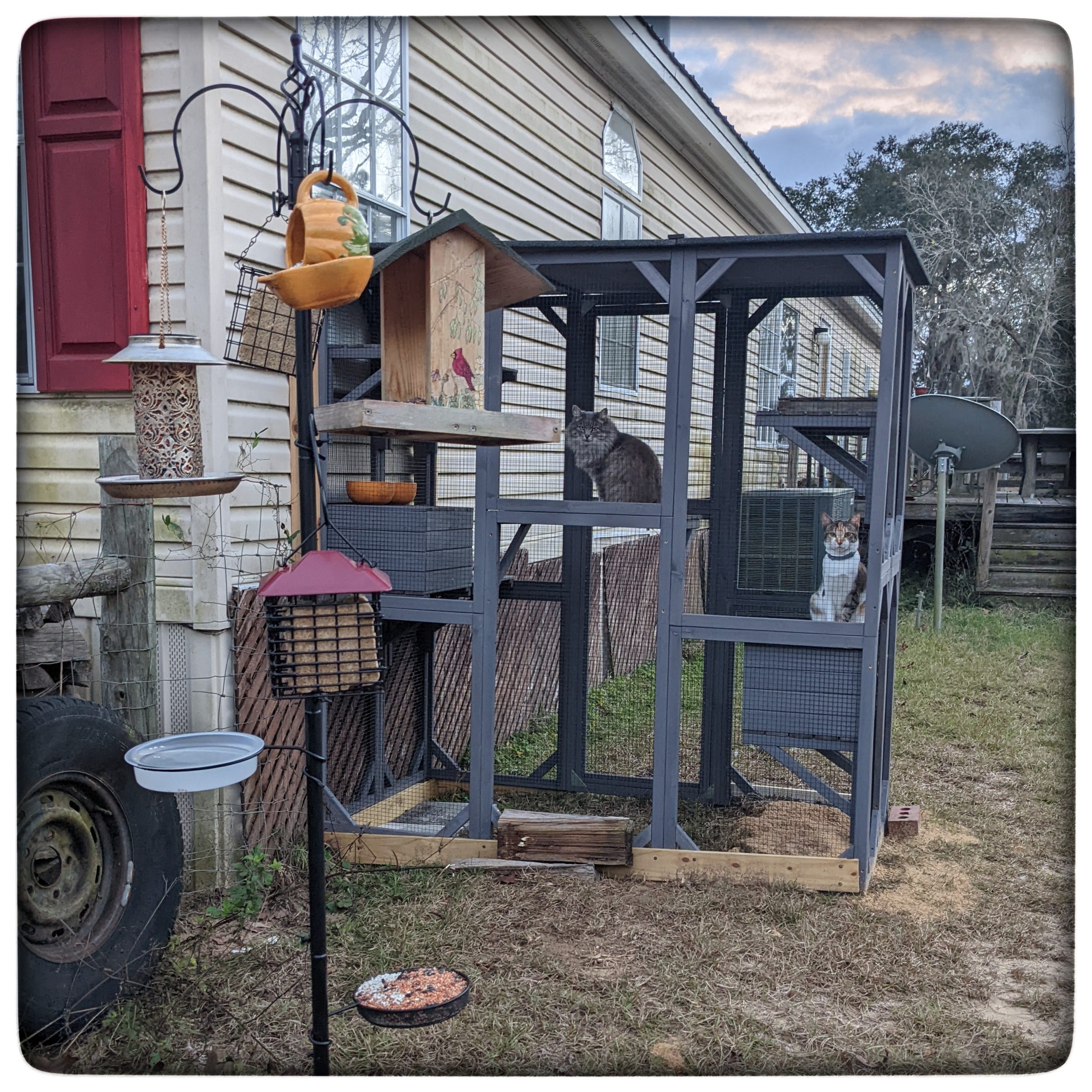 Huh. I don’t really remember much about this day, either. I must have been really stressed out and anxious, or something? For my memory to just blank it all out? Hahahah. Of course I was stressed an anxious, sorry, that was me trying to be funny. Anyway, nothing really happened that day, but I guess I wrote some things about it at the time anyway.

When you’re lonely, lost your way
And you’re in your darkest day
Don’t you know the sun’s going to shine again?
When your luck is running out, and your mind is full of doubt
Don’t ya know that everything will work out
Just fine

Good morning! This morning has been spent talking about the teensy tiny steps forward that our Timmy Sean is making. Baby steps, marathon not a race, and slow and steady wins the race are all phrases his doctors are using. The doctor we have the most interaction with, who I have been calling Doctor Small Face, is actually named Doctor Petit. I KNOW. There’s also Doctor Eyebrows/Doctor Big Eyes, and one day I’ll be able to catch her name. I’m so sorry, Doctors who will probably never see this, that I don’t have better (like, actual) names for you, but to be fair, all y’all wear a hundred things on your lanyards and usually your keys and stuff are covering your name badges. 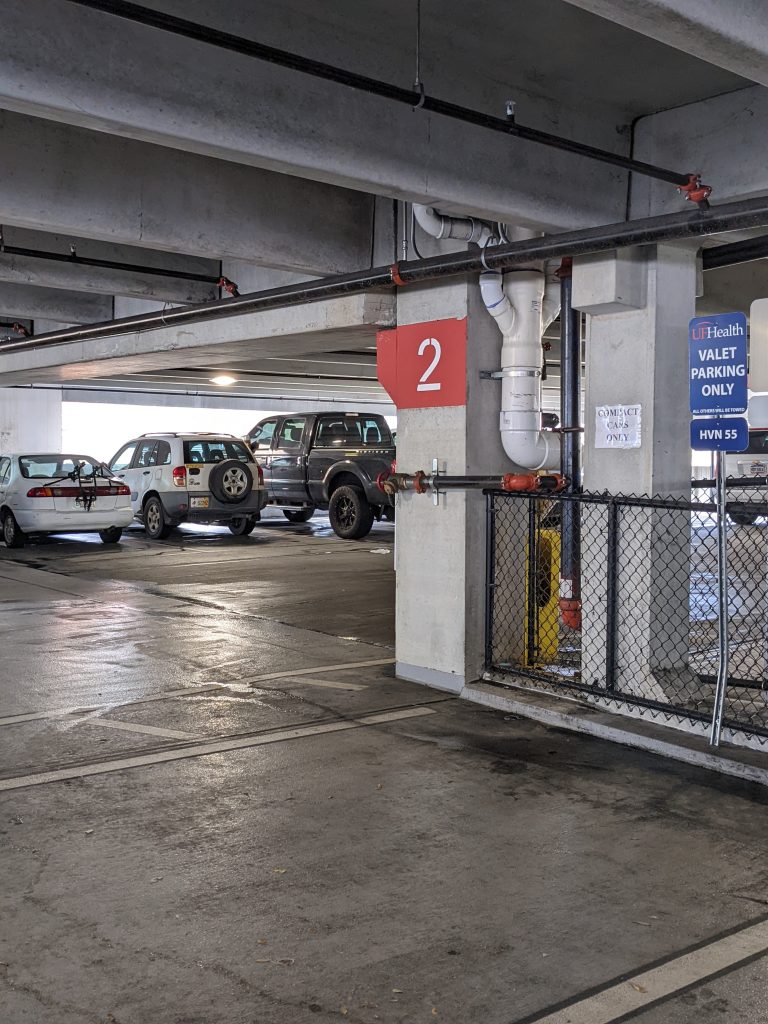 That day in “where the F did I park”

I don’t know where to start today; nothing is too terribly pressing, he didn’t backslide at all during the night, just behaved as expected and got better on a couple of tiny things.

He’s got a slight fever, but he’s off a couple of things now that could have been masking that fever the last two days, and also I know he tends to run hot usually, so nobody is overly worried about that. He’s also on two different broad-spectrum antibiotics (the Vancomycin he’s been on and something called maybe something similar to Zosomething. Zosyn?)

One of the goals today for our Doctor Petit is to get with the gastro surgery team about what’s going on with Tim’s duodenum, something his team has been keeping an eye on for a few days now. He’s just not digesting the tube food, which means there’s a blockage somewhere, and the suspicion is that lack of blood flow is holding up the small intestine being able to work correctly. So she wants to get with the gastric team to see if this is something they feel will resolve in a few days, or if they want to go in and remove part of his small intestine (they really don’t want to have to put him through another surgery unless it’s super necessary). Oh, speaking of surgery, they’re also keeping an eye on his spleen, which is also not getting a lot of blood flow and is compromised because of that. (What’s the spleen? According to Dr. Google, “The spleen is a fist-sized organ in the upper left side of your abdomen, next to your stomach and behind your left ribs. It’s an important part of your immune system, but you can survive without it. This is because the liver can take over many of the spleen’s functions.”) Many people have their spleens out all the time, so if they do have to go in and remove his because it’s no longer functioning, this is NOT a life-threatening procedure. He may, the doctor says, have to eat more vegetables, or take vitamins. 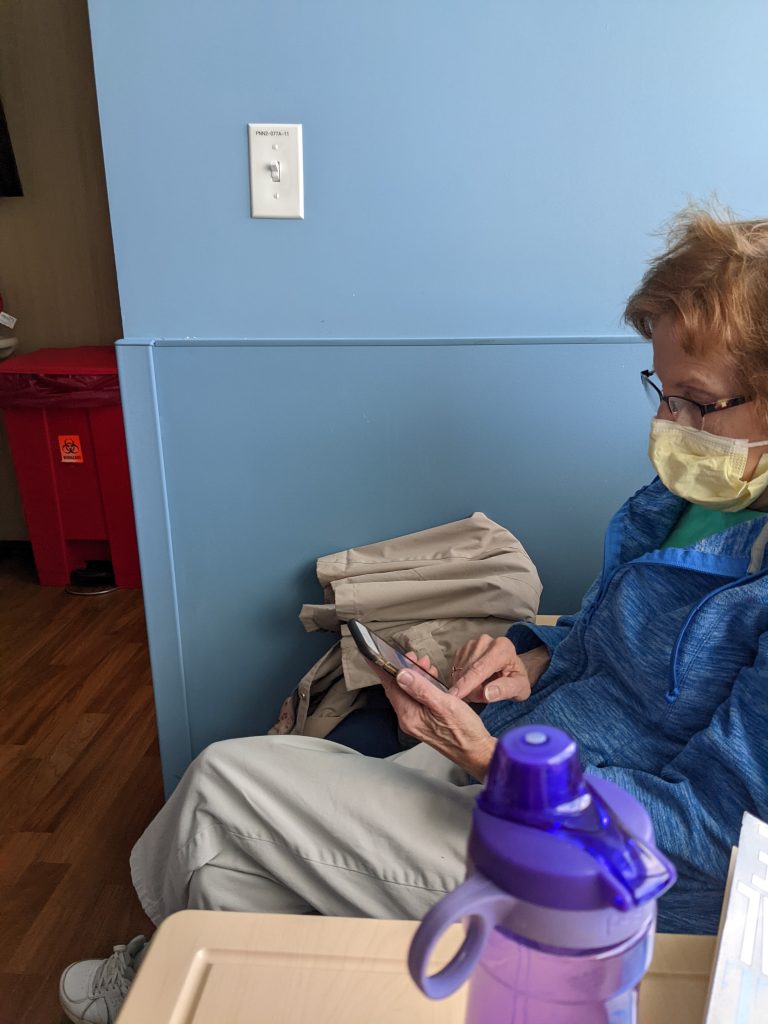 I stealth-took a picture of Linda! I felt so bad for her. She shouldn’t have been there, she shouldn’t have had to see her son like that for so long. But it was so healing to me to have her there. I really don’t know what I would have done that week without her. I was so afraid, when Tim was actively dying… what if this means I can’t be part of this family any more? (Spoiler, they took a vote to keep me!)

He is still on the ventilator, and two other machines. I keep forgetting about the third machine becasue it’s hidden behind the vent and the NoxBox so it’s hard to see. It’s a … ah, I’ve already forgotten, it’s giving him something that starts with F that’s similar to the NO, and one of the goals today is to wean him off either the No or the thing that starts with F; that his Oxygen levels are good enough that they can start taking him off stuff. Perhaps not the vent yet, though; he’s still producing a lot, LOT of gunk in his lungs (which are also red and inflamed), and they can use the vent to suction out his lungs. Not that this is a permanent solution; they are still talking about a tracheotomy (I mentioned that the other day). They may give him another Bronchoscopy later today. They don’t WANT to, as his lungs are already red and inflamed, and it will irritate them, and it will cause them to up his O2 flow levels for a few hours after – but it’s also a question of how much he can or can’t cough up while under sedation, and it may be better to clean his lungs out while he’s sedated, and give them time to heal before they wake him up.

Speaking of the machines, some of them make noise that sounds distressing but isn’t… turns out equipment in the hospital can be weird and persnickety just like stuff at home. Yesterday they switched out one machine that had a weird rattle to it, and today, one of them keeps beeping for seemingly no reason (I believe the Respiratory Therapist Guy, who’s name might be Ron, kicked it when our backs were turned because it’s stopped making that noise).

He is still sedated, on Fentanyl and some other relaxy drug that I didn’t catch the name of. Not Percocet, not Percodan, but something that starts with Perc. Percosomething.

What else? A goal for the next day or two is to get him either back on the feeding tube (the last bit of gunk is coming out of his stomach today; it’s a very small amount of gunk so there’s not much left in there that hasn’t been digested) or to discuss with the team some IV nutrition.

OK, I think that’s everything. I know this is a lot for a day where I started off saying that nothing much is happening, but my impression is that now that the other day’s crisis is over, we can get back to talking about a hundred little tiny things that we can think about rather than Just Internal Screaming. 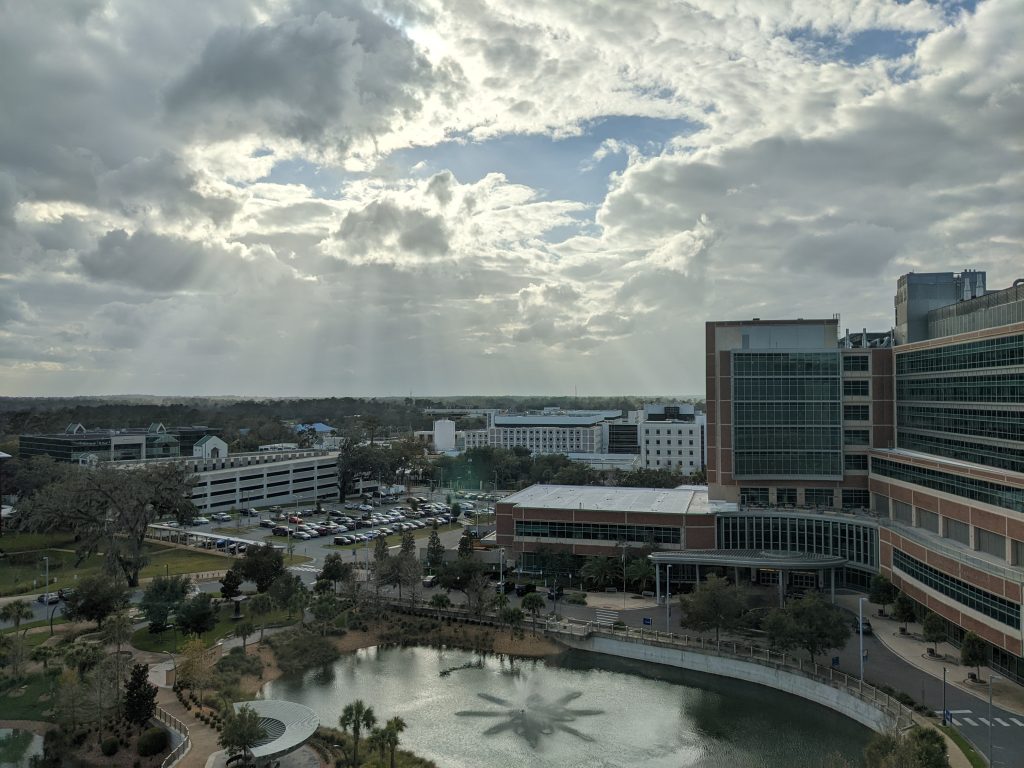 Well the world is just a stage
And we’re all players in the play
Wonder what’s behind those scenes anyway?
Like puppets we are led about, living lives but having doubts
Wonder what’s been pushing me around this town

PS. Hilariously, his right kidney is working a little slowly, there’s a bit of a blood flow issue there (I think I mentioned that yesterday) but when I asked, the doctor said it’s working just fine, so I’m a little jealous on that front. Normal people and their two kidneys, pff.

As I’m sitting here listening to the vent make new beeping noises, I’m learning that beeping that doesn’t bring anyone to the room is Unimportant Beeping, and beeping that brings EVERYONE to a room is Super Important Beeping. I’m also learning that the beeping from the bags on the Christmas Tree are either “you’re going to run low on this bag soon” beeping that actually happens about half an hour before it’s out, to give staff time, or “we didn’t know how long to set this for so we’ll just set it for a few hours and the only thing that needs to happen if it beeps is to set it for another few hours” beeping. Which is my long-winded way of saying that I’m not nearly as electrified by beeping as I was twenty days ago.

Twenty days. This was only the twenty day mark? Little did I know there’d be almost a hundred, and ultimately, none of what I talked about here with doctors even mattered. 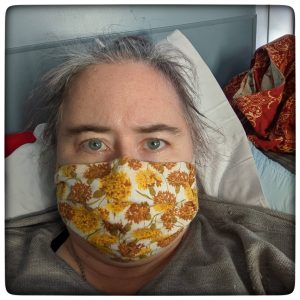 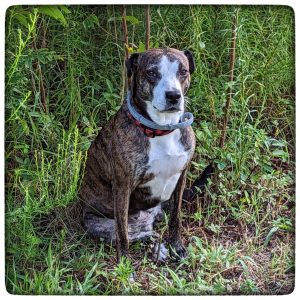