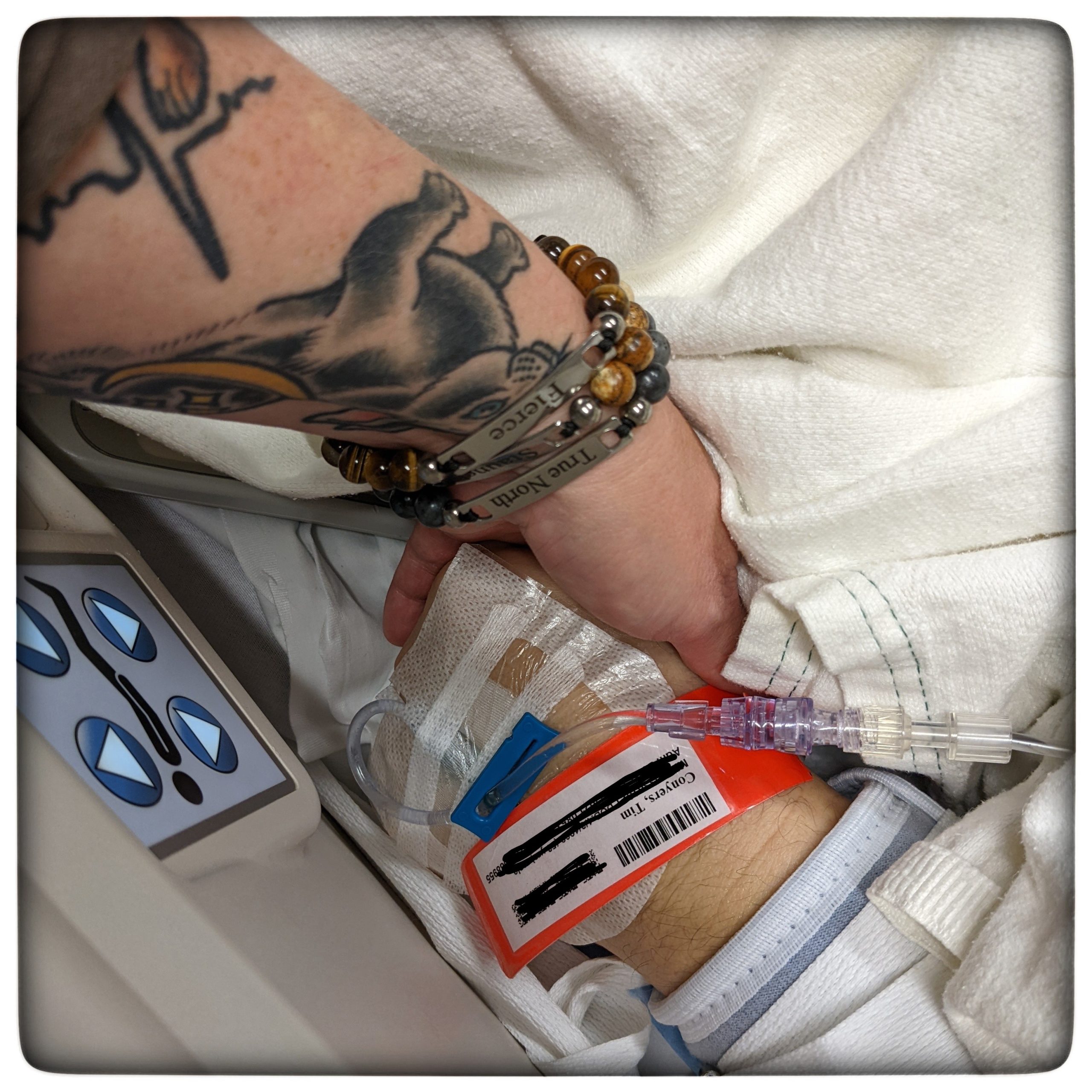 Open Heart Surgery Day. Was he afraid? I don’t know. Was I? Was Linda? I think if I was afraid, it was so big that I couldn’t even admit it to myself. I couldn’t even be worried – I just had to trust that whatever happened … would be what happened. And I’d carry it however I could, no matter what. I had to trust that he’d be fine, but also, I had to be prepared for the worst. I think this is when I really started to … I hate to say “fracture” because that makes it sound like I went a little crazy. It’s more like…. because of how my brain works, I had to entertain every option. I had to be prepared for every option. But it seemed like every day brought a hundred more options, and soon I felt like I was juggling a thousand different roads I might have to walk down. 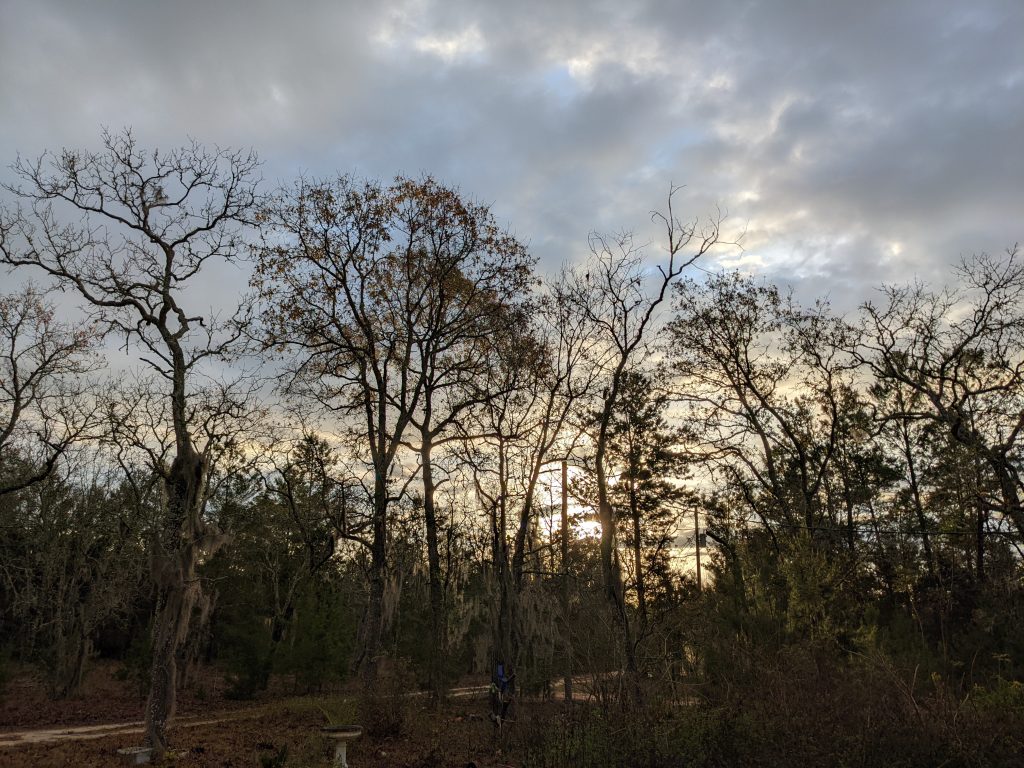 Nothing but good news here!

It was a very long day that could have been inordinatley stressful, made better by my friend Erin who came to hang with us in the waiting room and talk books and science fiction and art and kittens and Conyers antics. They let us in Tim’s room at about 4:30, just as I was posting on Facebook that we knew he was in there but they hadn’t called us back yet (and I had JUST said to Linda that if they didn’t call us by 4:55 I was going to start calling people before they all left work at 5…).

He was still very sedated, intubated, had a gazillion tubes here and there, and was being hooked up to an EEG to check brain stuff, but he was our Timmy, there, in one piece, in the bed. 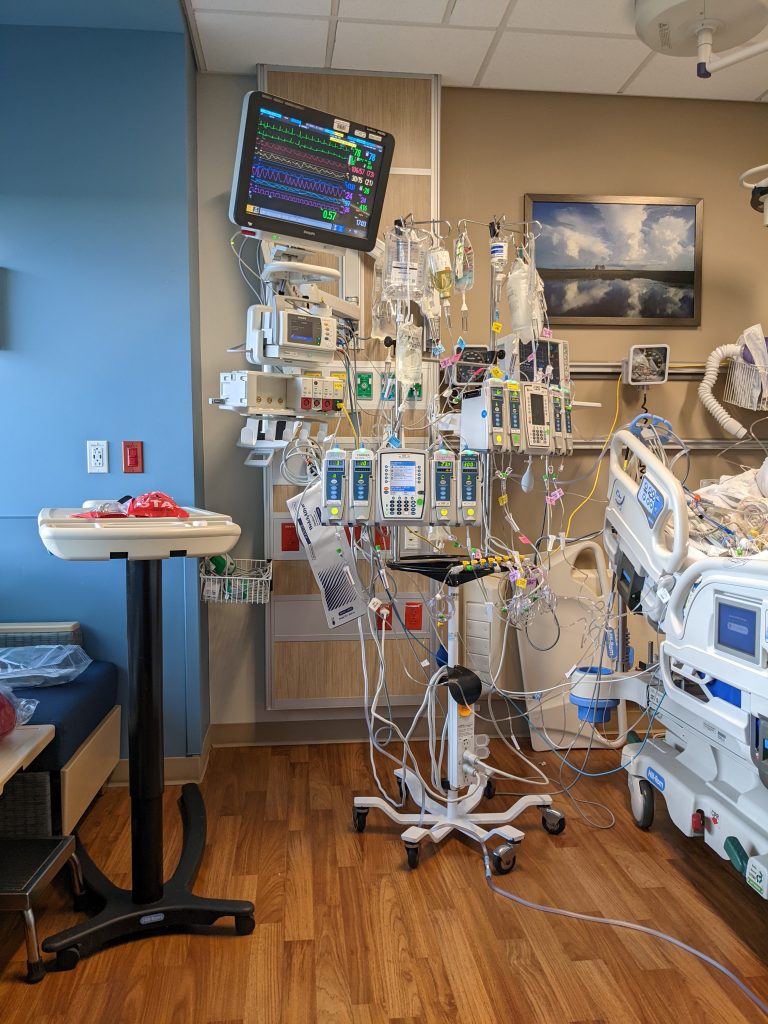 That? That is a lot on his tree. And that’s not even the most it became, although it was the most I’d seen at the time.

They told us he did really well in surgery; the surgeon was called into an emergency surgery almost as soon as he was done with Tim, but other doctors filled us in and said that if anything had gone wrong, we would have been told, so I’m not too concerned about Dr. Jeng running off to save someone else first. Tim had a little trouble breathing, so they’d put him on a lot of oxygen, and they don’t want to just pull him off of that so they were keeping him sedated and on the breathing machine with the idea of weaning him off it over the space of many hours tonight and into the morning. Oh, about the sedation – that’s more so he’s not bothered and pulling at the breathing tube. Before we got there, they took him off the sedation to assess him, and like earlier, his left side was a little weaker, but his right side was as strong as usual, and he’s responding to commands. The EEG tech was also very happy with the readings (she stresses that she’s not a doctor, but she is used to reading what she was looking at). 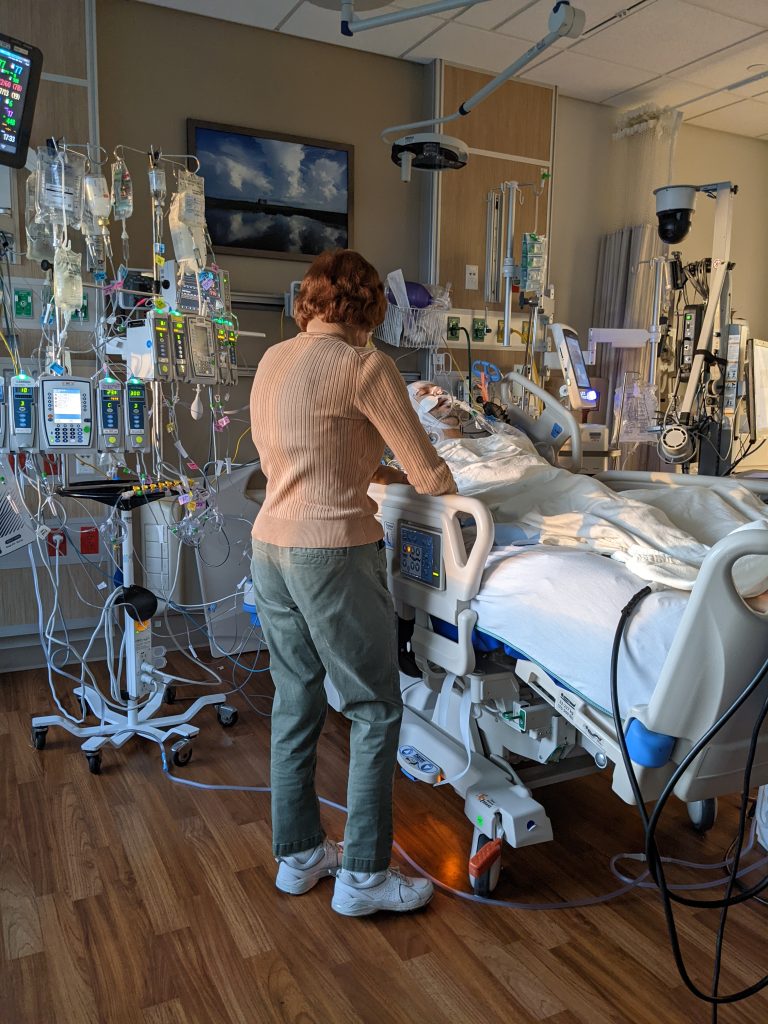 No mother should have to see her child like this, but I have a feeling that Linda would have only been pulled away from his side by wild horses. I think it was about this time that I thought Linda should be heading home soon… give her a couple of days, time to see Tim come out of this and that we’d be headed down the road to recovery, and then let her get home to Bill. She’d already stayed almost a week longer than everyone else… I couldn’t just keep her to myself the whole duration! Even as much as I’d want to!

I think that’s everything? Linda and I came home after spending a couple of hours in the room, since he’s sedated and on the breathing machine. If he’d been more awake, we would have stayed, but we thought it better to go ahead and come home, get some good sleep, and then get to the hosptial before rounds tomorrow morning and watch him wake up. 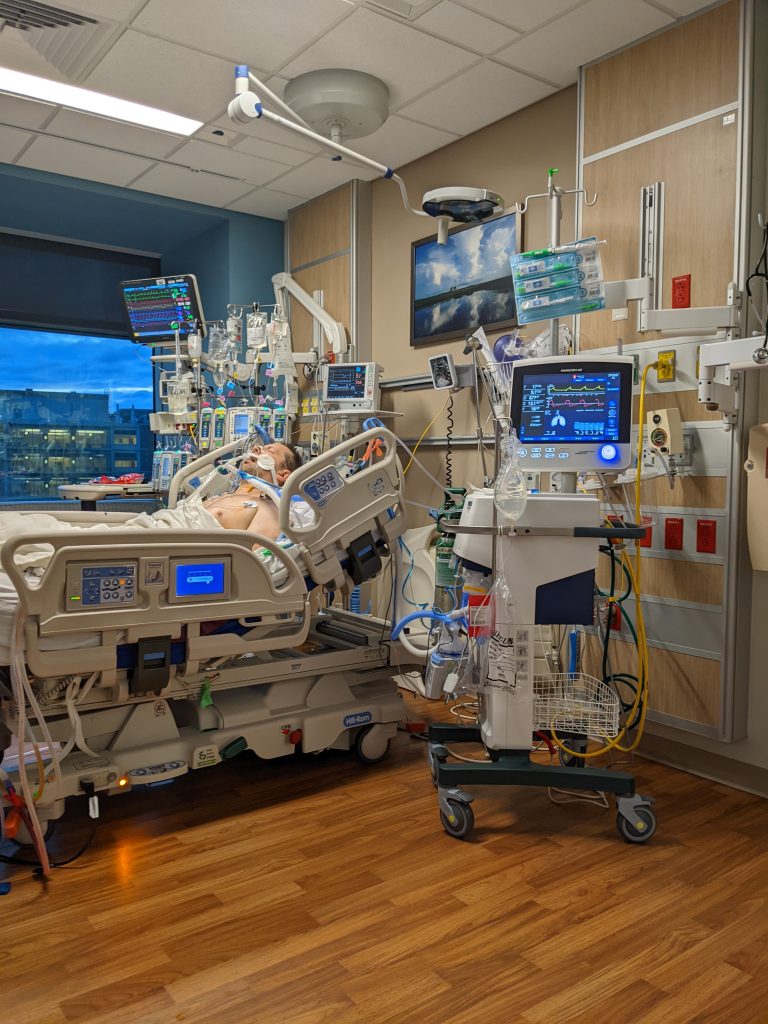 This is a day that could have been very, very hard, but wasn’t. That Erin came and sat with us in the waiting room, just chatting with Linda and I as if it were any normal day, was so kind, so generous. And another friend who works in the surgery unit would send me texts every now and then, saying that Tim was in surgery, that the surgery was going well, that he was out of surgery and looked good and was headed to recovery. Having someone with us to take our minds off it and having someone down there to keep in touch with us…? It made the whole thing so much easier than it could have been, and I can never thank them enough for that.

Anyone who knows me knows that my anxiety level is usually, on a scale of one to ten, solidly at eleven. But this…. this was too much to even be worried about. Like I said above, I just had to trust that I’d be able to handle whatever happened, whatever it was.

And it turns out, that with my friends, my support system, the people who held me up as things got worse… I could handle it. Some days barely, but… I got by with a little help from my friends. I hope they all know how much they mean to me. 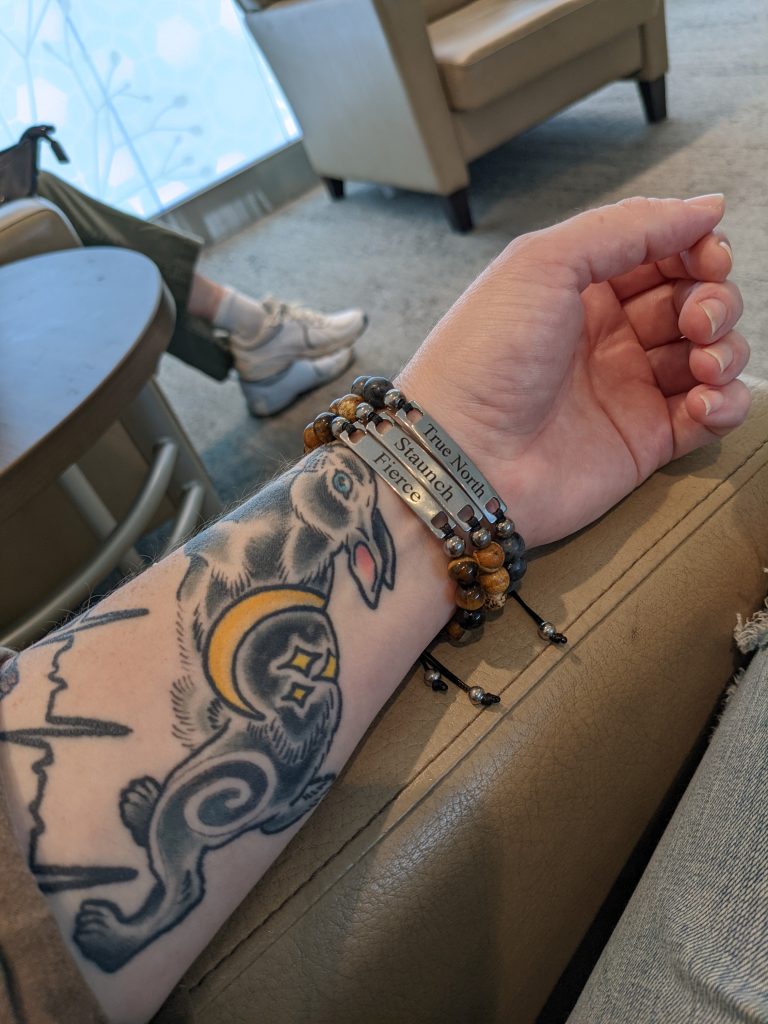 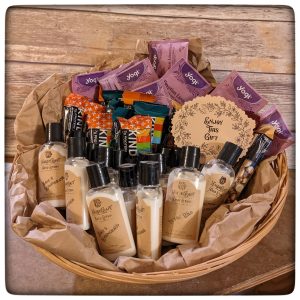 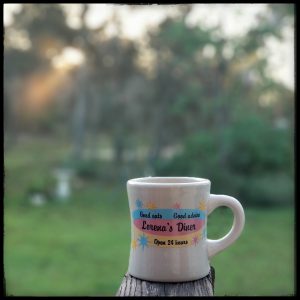