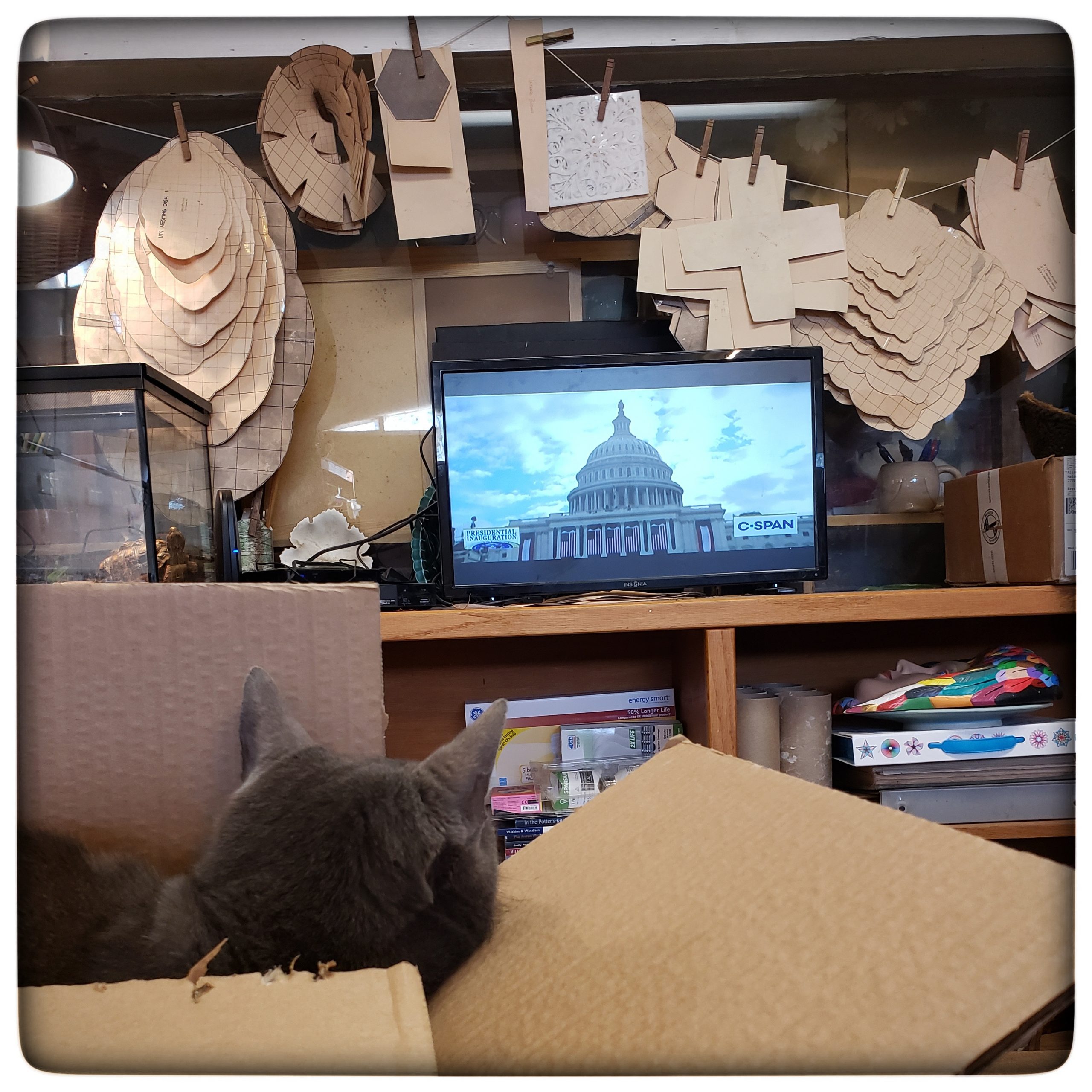 Y’all. Y’ALL. This is so crazy! I have these … I think they’re called … muscles? Maybe tendons? In my lower back? And they don’t feel like rock or rebar? They feel like actual muscles that have really been overused, stretched tight like the last rubber band on a large ball, and for about the last day now, they’ve been feeling…. well, feeling. Like, I can let them go, and I can feel them. It doesn’t feel as if my lower back is made out of a cement block.

So. How ’bout yesterday, yeah? I don’t even know what to say. “Thank Goodness”? “It’s good to have adults in charge again”? Probably a lot of the same things y’all are saying to yourselves.

My January so far has most likely been a lot like yours. After the “we just need to get through this weird Christmas” there was “we just need to get through this weird New Year” and then there were a few nice, calm days (I mean except for that whole pandemic thing) and then a couple people tuned in to see how that whole Electoral Certification thing was going because it feels like this election is never going to end and then holy shit, wait, what, insurrectionists, armed home-grown white-ass terrorists are storming and breaching the Capitol Building, that hasn’t seen fighting in its halls since 1814?! I mean, barbed conversation aside. Pretty soon we were all glued to the TV and I don’t think any of us has taken our eyes off the news since then. And then yesterday went from chewing our nails in fear that we’d see an assassination or bombing live on TV but unable to look away … to tears of joy as we saw such representation, such grown-up behavior, such emotional speeches and music. Talk of accountability and equality. And fashion! Those clothes, y’all! Yesterday wasn’t just a breath of fresh air, it was a sigh of relief, a letting go of stress, a looking around and seeing that there are allies. I’m almost daring to think that I have some hope for us.

Aside from the occasional trip to Publix about once every two months, I’m still ordering groceries online and doing curbside pickup. I suspect if I lived closer to a Publix, I’d do more in-person shopping… so maybe it’s safer that I don’t, haha. Stupid pandemic. I don’t miss shopping in person at all – the less I’m around people, the less I want to be around people! But I do miss some of the Publix-brands of things, I miss a grocery store that’s well-lighted, I miss a grocery store that has enough produce that if you see one thing with mold, you can just choose another, and not have the choice be between moldy strawberries and no strawberries. I miss seeing that you usually get a particular brand of something but on the shelf next to it you can see that a different brand of the same thing is BOGO, or some sort of other special. I still haven’t really figured out how to find things on sale at WalMart when ordering online or on the app. So there are some things I miss about being in the store….? But people aren’t one of those things.

What else was I going to say? I kind of feel like if I did forget to say something, I might actually have the energy and brain space to blog again in a day or two. I mean, now that I’m not trying to keep democracy steadfast and alive using the power of my mind? I mean, I’ve only had one day of waking up with my first thought not being “what the fuck went wrong while I was asleep” and I can already once again feel my lower back! Imagine what it will feel like after a few weeks of that?!

I’m not saying everything is perfect and grand and we can all let go, no. Not by a long shot. The war is not over and there are thousands of battles to still be won. But that doesn’t mean we can’t celebrate for a few days. We can rest. Recuperate. Plan our next step, and rejoice that we’re no longer fighting on two fronts. There are still so many wrongs to be made right.

But I have feeling in my lower back for the first time in I don’t even know how long, so that’s a good start. 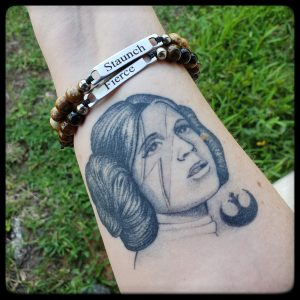 Previous post Louder, for the people in the back 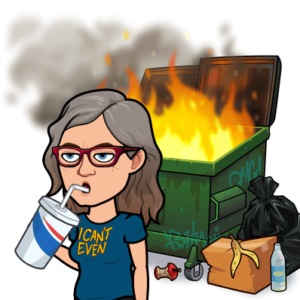