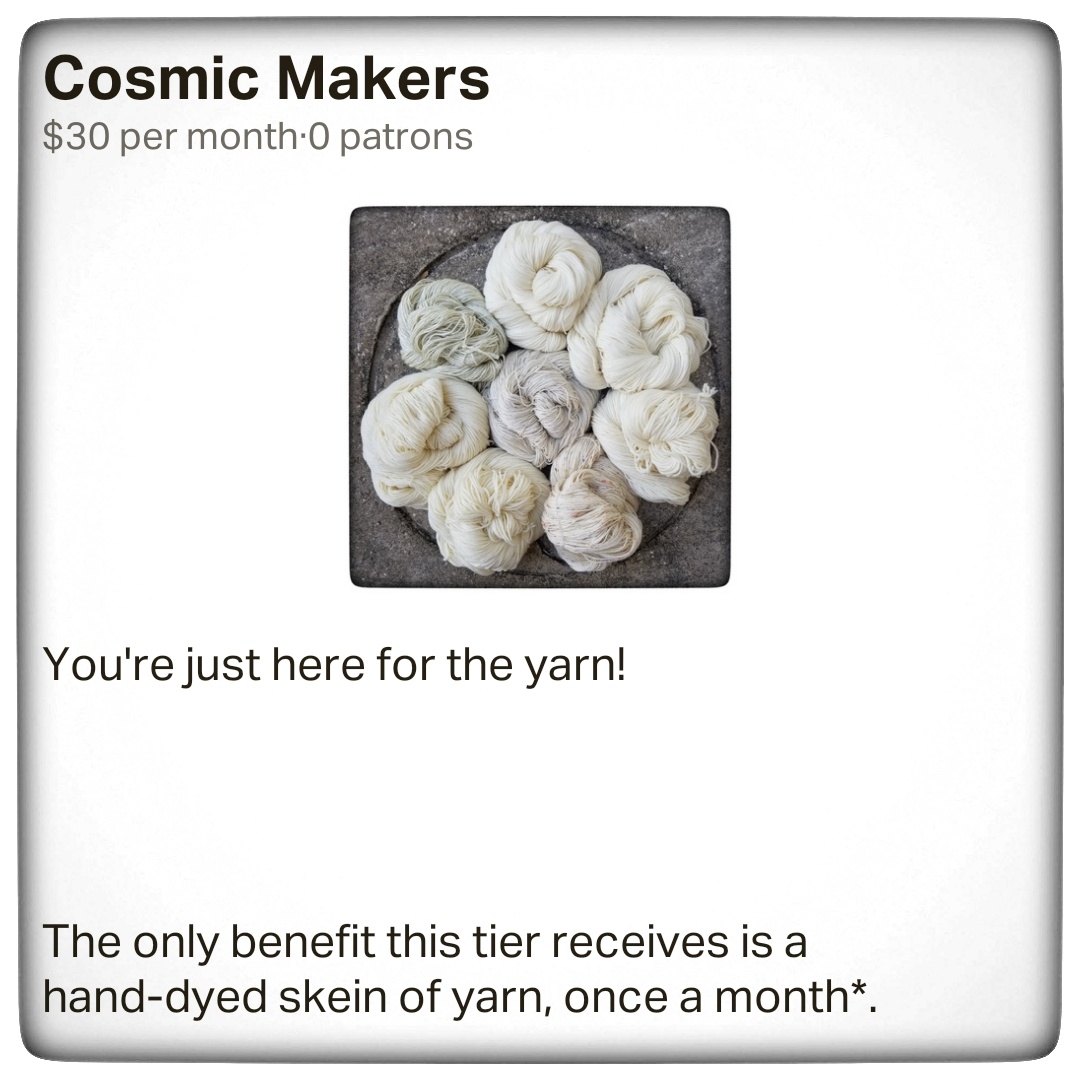 Do you miss yarn club? Just getting yarn? Getting yarn once a month as a surprise to yourself (even though sure, you saw the notification for your credit card, but hey, YARN!)? I have a little surprise for you…

Over on Patreon, which (unlike my Shopify site) is easily set up for recurring payments, I have a new Patreon support level. Called “Cosmic Makers”, it’s yarn, just yarn, only yarn. One skein of yarn, for $30/month, shipping is included.

Is there fine print? Maybe a FAQ? You know it.

Here is the main link to my Patreon page, and tiers are listed by dollar value on the right-hand side of the page. You’re looking for the $30 teir called “Cosmic Makers”. Allegedly, this link goes directly to that tier, but it’s one of those “here we’ll give you this link” things that doesn’t let me preview it, so let me know if you click that and it’s wonky.

Exciting? Set it and forget it? Yarn every month, and early access to new HaldeCraft colors to boot?! Eeeeeep!!!