Speaking of things I wish I'd done differently, I

The more I look at those colorful owls, the more I

Not every yarnie has a skeinwinder and ballwinder

Whoooooo needs a little colorful owl in their life 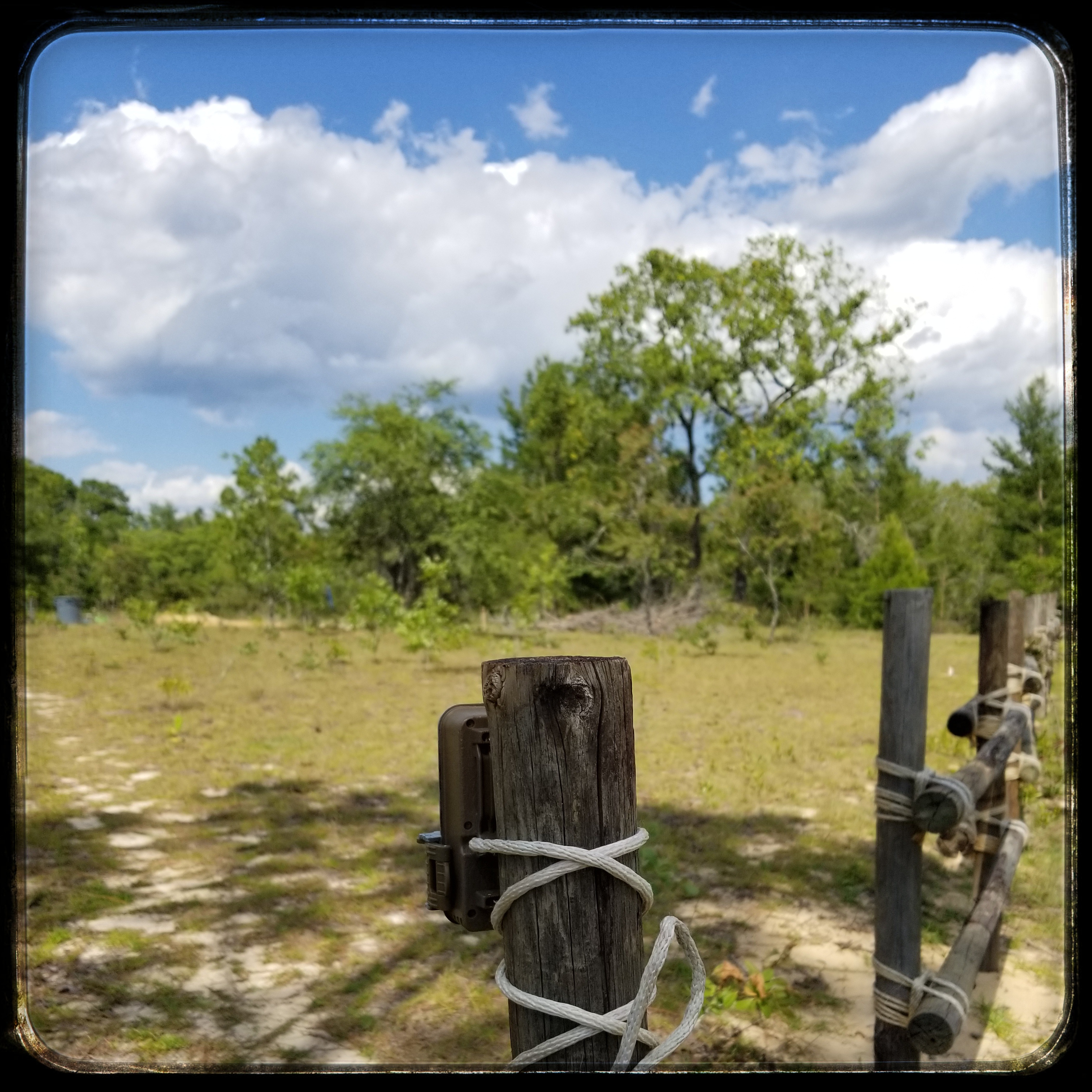 For the longest time…. I don’t know, six months or so, I had the game cam tied up to look down the driveway. There had been some break-ins around, not very close to us, but it’s a small town… and people were trying to get good pictures of the car. So I aimed the cam down the driveway and left it there… and every time I saw it I’d say “I need to check pictures and move it” and then by the time I got past it… poof. Out of my head.

I finally got around to moving it off the driveway and going through the … I don’t know, six months of photos of the UPS truck coming up and down my driveway (OK, and some stray dogs, and a lot of deer). Then it sat in my office for about three weeks (with a new battery and empty SD card so guess who now has three weeks of pictures of herself walking in and out of her office door? HAHAHAHA). Yesterday I finally got around to going and tying it to one of the posts That Poor Man put up as a visual barrier between where people park when they come to our house for parties, and where his garden is. I have the camera facing the garden (albeit kind of far away) and I’ll go check it in a couple of days and see what’s on it and if I need to move it.

Let’s talk a little about my new planner (if you’re not a planner junkie, feel free to peace out, I won’t be offended).

The planner is the Rituals for Living Dreambook & Planner, by Dragontree (non-affiliated link to different versions here; they’re not paying for this blog post, they don’t even know me from Adam’s Housecat… I’m just happy with the product). Like I said yesterday, I got the spiral-bound version some time late December or early January (it’s sold out by now). I didn’t have time to play with it until about April, when I had to face the fact I wasn’t using my bullet journal and was feeling really overwhelmed with remembering tasks. Kind of like learning to spin on the drop spindle but then buying a wheel within days, I decided right off that I liked the layout and vibe of this planner but just couldn’t warm up to the spiral for some reason. So I bought an undated bound one and will suffer through filling in the dates myself (hashtag, first world problems). Today I’ll just talk a little about the pages y’all probably most want to see (I know I did) – the weekly “bootcamp” and the planner pages.

Dragontree has very kindly included a set of these filled out as examples, so let me go ahead and use that! Above is what they call the “Weekly Bootcamp”. While I’m not warm to the “bootcamp” phrase I can’t think of anything else really to suggest, so… Overview, maybe?

It’s pretty self-explanatory. Your top three goals for the week. What you want to focus on. Habits, if you track them (then you fill in the symbols on the next pages, daily, as you do them). A challenge for the week (usually something to think about, focus on, or do, that has something to do with self-improvement, self-empowerment, or self-realization. A list of what they call “Rituals for Thriving” which are really just a list of things to do that you can use as an idea for your focus, or check off a couple as things you want to do that coming week. Then three questions-and-answers to get you thinking. The opposite page is a blank dot-grid, good for drawing, or making lists, or taking notes, or putting stickers in, or whatever.

Then, your weekly pages! One week in a spread, Monday – Sunday (weird for me, because I’ve always felt Sunday to be my “first” day of the week, but not so weird that I passed on the planner). Remember a couple of years ago when I tried out the Panda Planner, and then didn’t like it after about a week and change? I had actually seen the Dreambook planner back then, but passed on it because it had times of the day pre-written, and that’s not something I need.

As a self-employed working artist, I don’t really have times of the day I need to schedule things — not like when I worked at the Enginerding company and had to bill my time by hours worked on a specific project. I more have a list of things I need to do, but not specific times of the day I need to do them in. OK, sure; I could get stickers or washi tape or some such to paste over the times of day, but at seven days a week and a year-long planner, that’s a lot of work I don’t need (not to mention making each page thicker, eventually making the planner impossible to close). I’m pleased to say that they’ve taken the times off, making the days more likes lists than schedules. There is a little colon there, lightly (maybe you can see it, I’m not sure?), so if you need to put a time in, you can… but I’ve been using the colon as the left-hand line of a checkbox, to mark off tasks for the day when I’ve completed them.

Each day has …. a space at the top for your daily intention (to focus, to breathe, to crush the patriarchy, whatever) … a little question in the middle of the day to keep you thinking … and a space at the bottom for things you’re grateful for. I have feelings about gratefulness but that’s for another day. Suffice to say that the things I wind up being grateful for are usually my friends…. so hopefully a century from now when someone finds mine, they’ll get that I was thanking those people and not, like, making a list in my head a la Arya for people I want to take out, haha.

And the last thing below each day are the symbols for the habits, if you’re tracking any, that you can fill in on days you do those things. Oh, wait, no, duh – I forgot the first thing on the page, hahaha, a list for tasks for the week. They suggest three sections; incomplete from last week, monthly plan, and life duties. I’m having a hard time figuring that (sometimes something is in my monthly plan but ALSO incomplete from last week, so… where do I put it?!). I think I’ve finally settled on four sections: Incomplete, HaldeCraft, Patreon, and Personal. We’ll see how that goes.

Anyway, that’s a peek into my new planner. I’ve got to run, now… things to do, people to see, patriarchies to smash… you know, the usual. Happy Friday, y’all!