Recently restocked, F*ck around and Find Out mugs 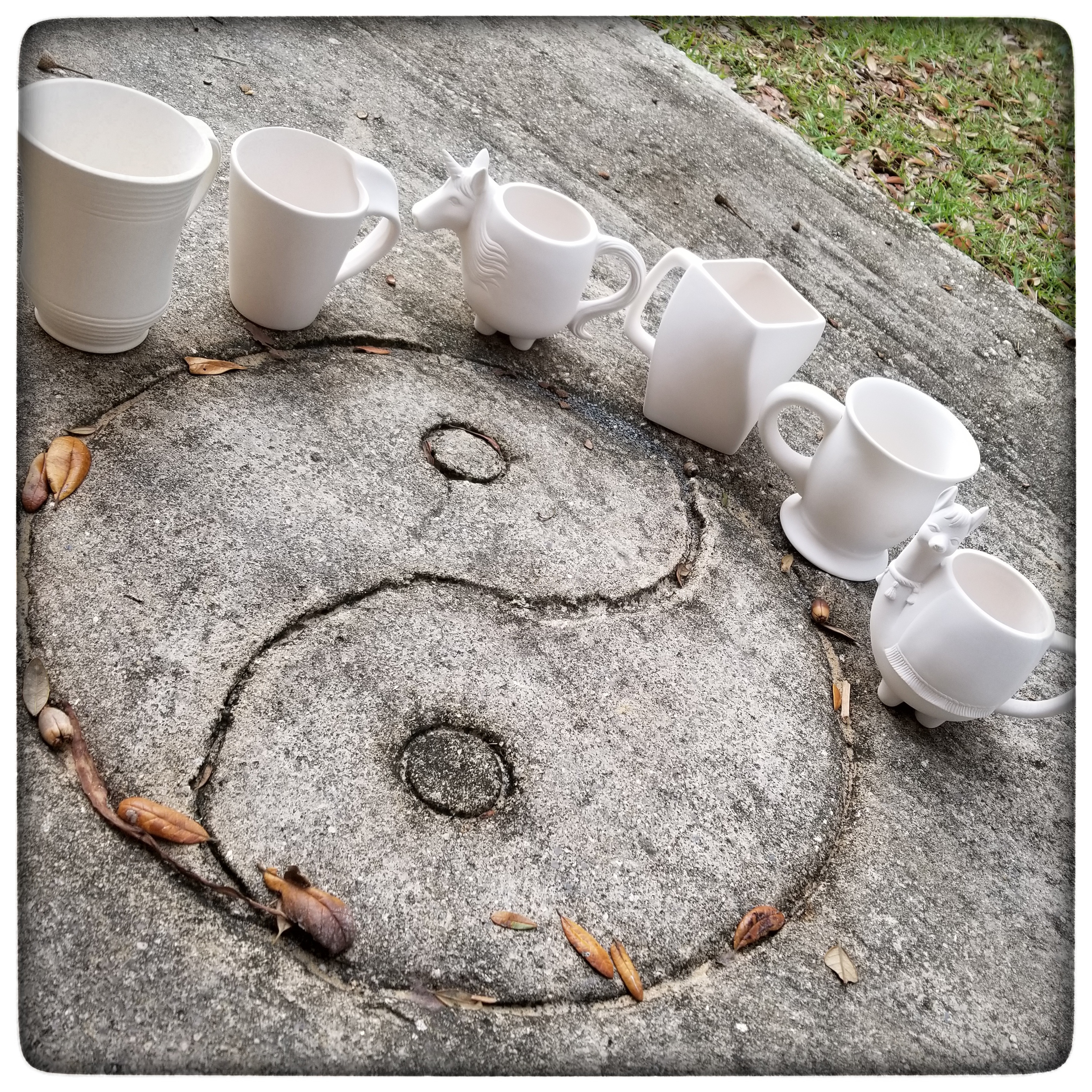 About two and a half years ago I had an idea to start doing a limited run of mugs. Mugs I wouldn’t make all the time, as regular items, but more like if I had an itch of an idea and I wanted to scratch it. I’d make a small run of them, and if they were popular I’d bring them in a few months later but if I didn’t get requests I wouldn’t be broken-hearted, after all, my joy had been in the original idea and execution of the mug.

The first year I did this, I threw most of the mugs. Some of these have definitely been my favorites and I think I kept three or even four of them. But I realized late in the year that they were awfully time-consuming for the number that were selling. So I decided to go with the easier slipcast ones, and make less of them, to save time. 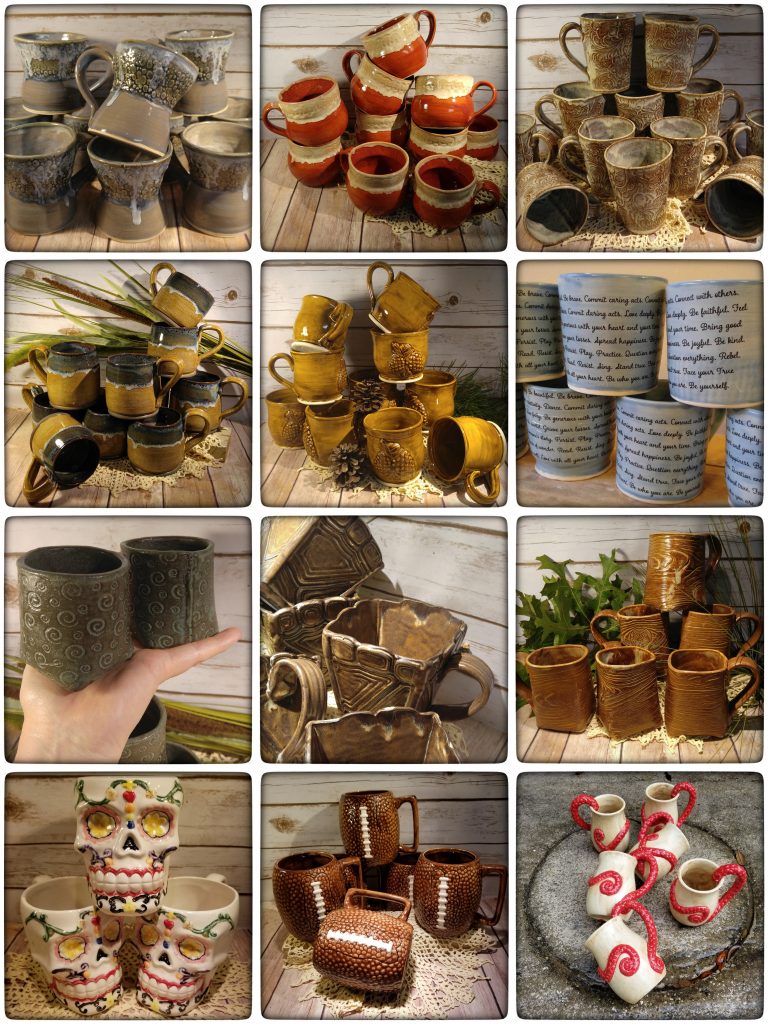 So the second year blew the first year out of the water. I stuck with slipcast mugs, teased them a little less than I had the thrown ones and not showing nearly as much of the process. I sold out of almost every month last year! As I write this I think there’s two left of May, two of October, and four of December. 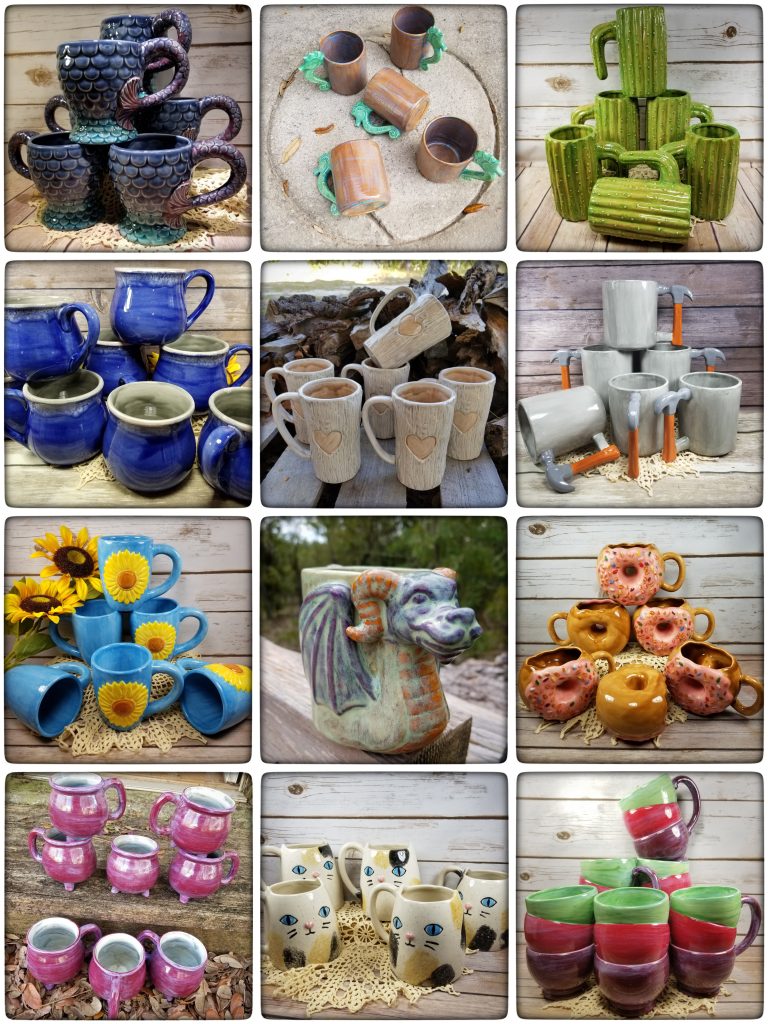 This coming year I’m going to stick with the slipcast, stick with not much teasing of the process, but I am going to allow limited pre-orders. When I post a design for the first time, I’ll have a link to the listing and there will be a limited number of pre-orders available (between three and six). That listing will be open for a week, and then I’ll close the pre-order and will release the rest for sale the first Monday of the next month.

For example; I’ll show off the unpainted February mug on January 5th, and at that point I’ll open up the listing for that one for a few pre-orders. On the 12th that listing will close, and then it’ll be for general sale on Monday, February 4th. I’ve already got the first six months of the year planned out… 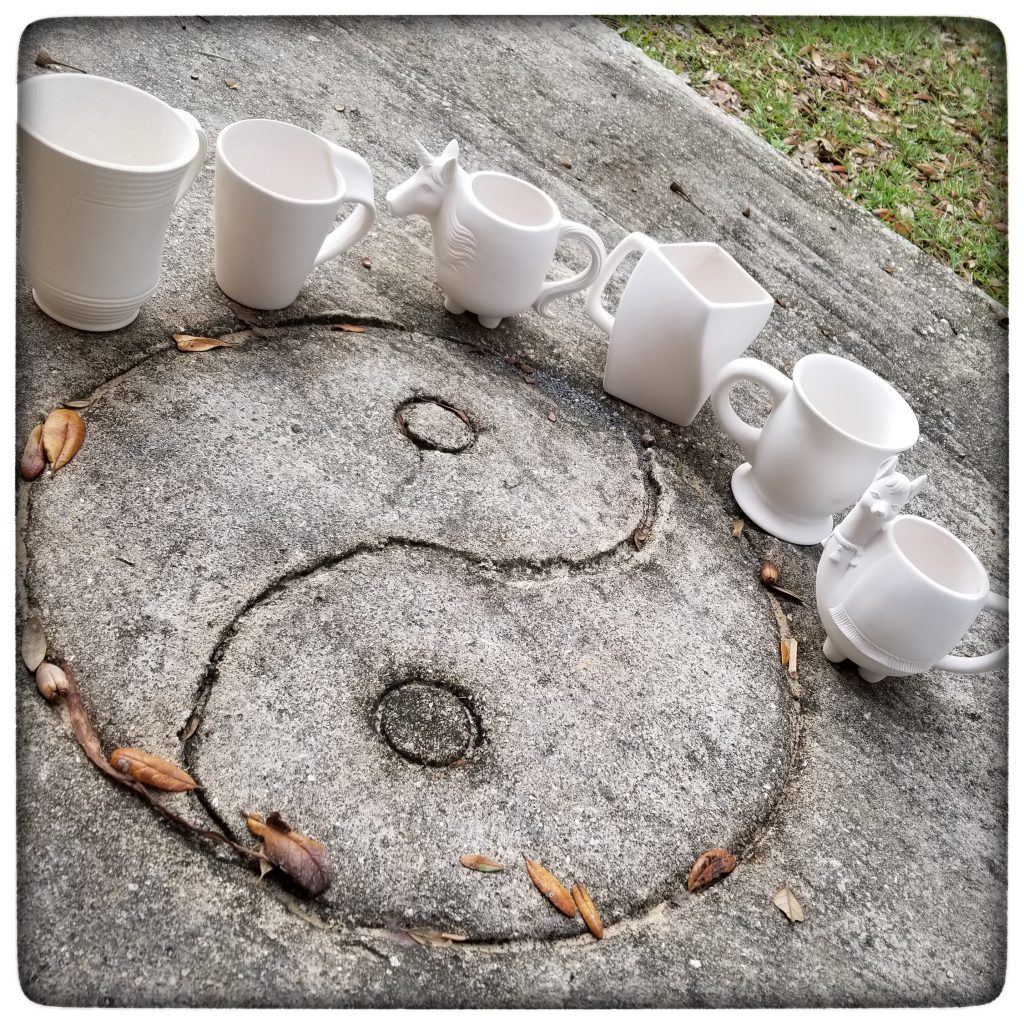 Are you excited? I am!