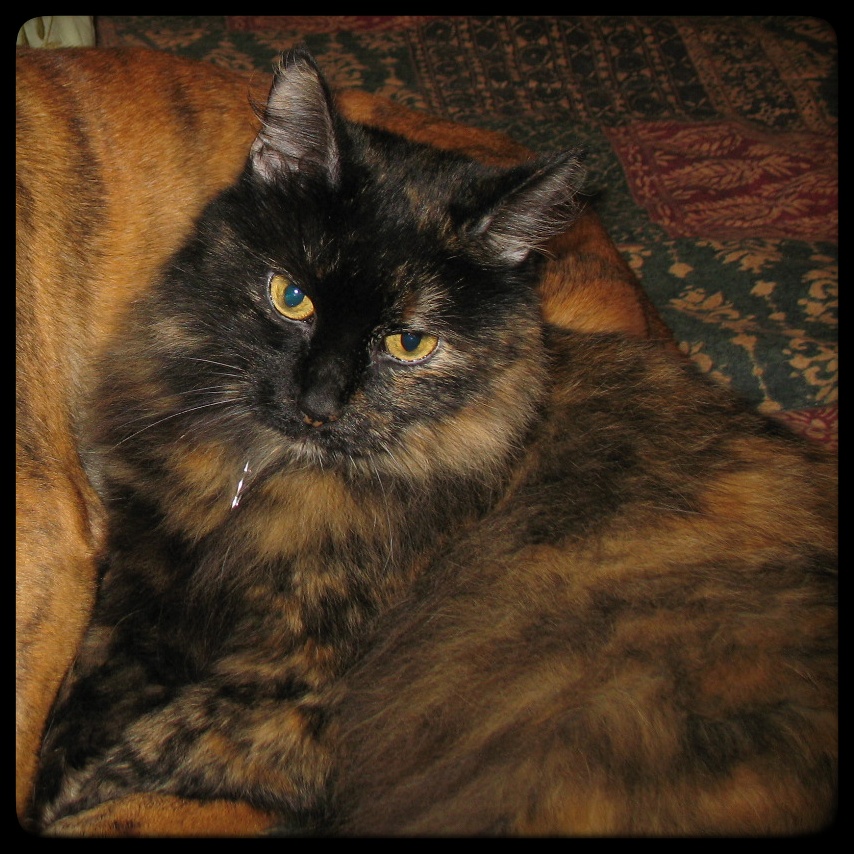 Never one to want to be far from her sister, Sister Dark to Brindle’s Sister Light, she woke us up at 3 o’clock this morning singing to us the song of her people, and she left us minutes later.

She was not a camera hog like her sister, and her Collision Avoidance System was permanently broken – if there was something she could fall off of, miss a jump, hit something while jumping… she’d hit it, or fall off of it. She made up for this with a supercharged Teleportation Device, and if she didn’t want to be found there was almost no way you could do it. One time I even lost her in a bathroom, where I’d put her a mere hour before, before the vet showed up.

We knew it was coming for a couple of days; she was acting the same way Brindle had acted for about the last two weeks of her life. Tavi just didn’t want to stick around that long without her sister, whom she’d hid behind from birth. We buried her this morning, next to Brindle and her Christmas tree. We’re a bit short on Christmas trees here in February, but I had a loquat tree I was working on raising, and that is now Tavi’s marker.