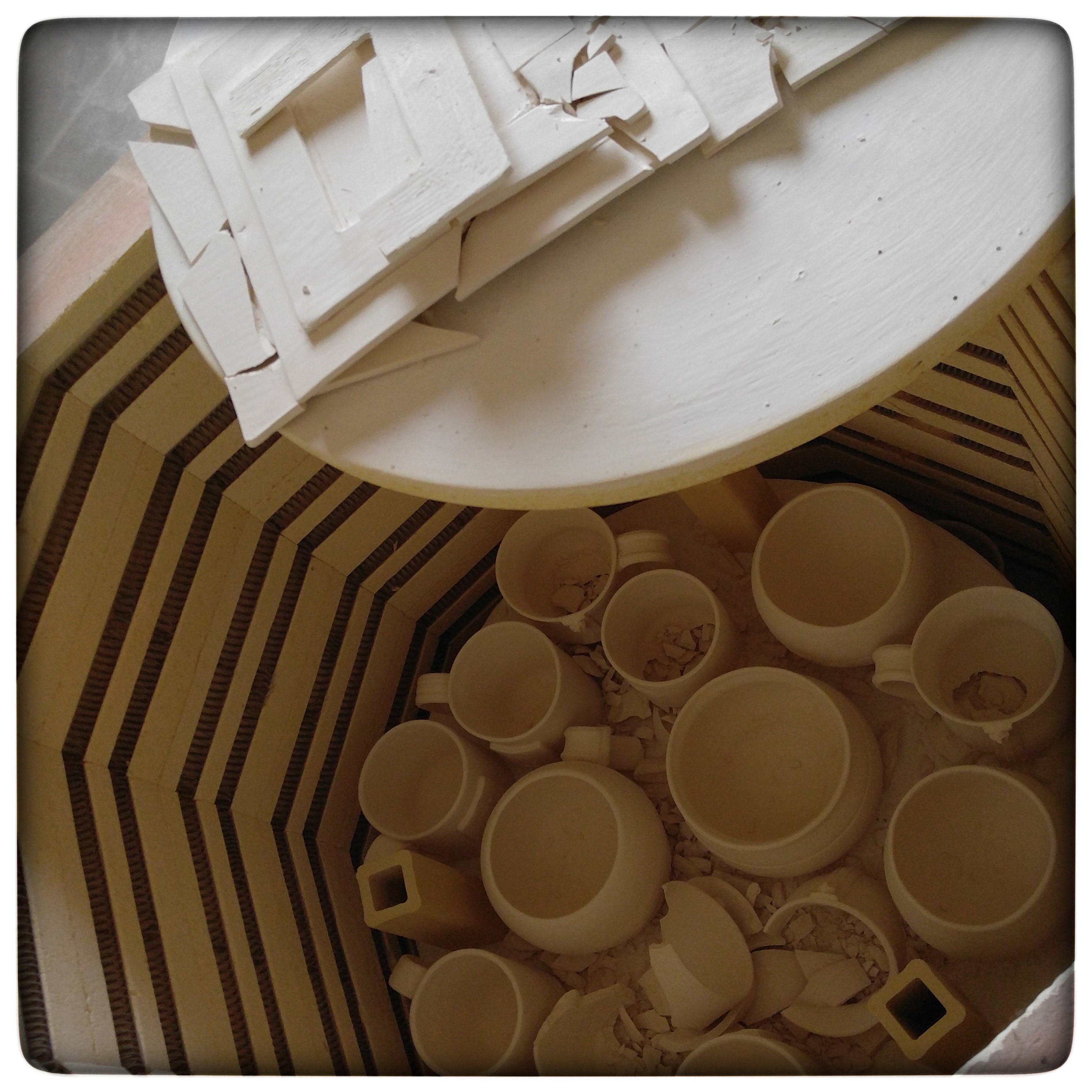 When I opened the kiln yesterday, everything on the top shelf was fine – five or six pots I’d thrown in anticipation of doing raku at the January Crafts & Drafts. The second shelf, a shelf of prototype plates I’d slabrolled and was planning to glaze up, testing different colors, and then giving them as Christmas gifts… four out of five plates were shattered. I’d had to stack them to get them to fit, and while I’ve never done that before (being afraid of just such a thing) I see other potters on Instagram do that all the time. So I took the chance. HAHAHAHAHAHA sob.

The third shelf was a few pots (which were fine) but mostly mugs (most of which were not fine). The bottom shelf, which only had mugs, ten of which were for my first Monthly Mug that I’m doing (a limited run of mugs, I’ll do ten to twelve of each, once a month, but won’t make more when they sell out)… those were all fine, thank goodness. 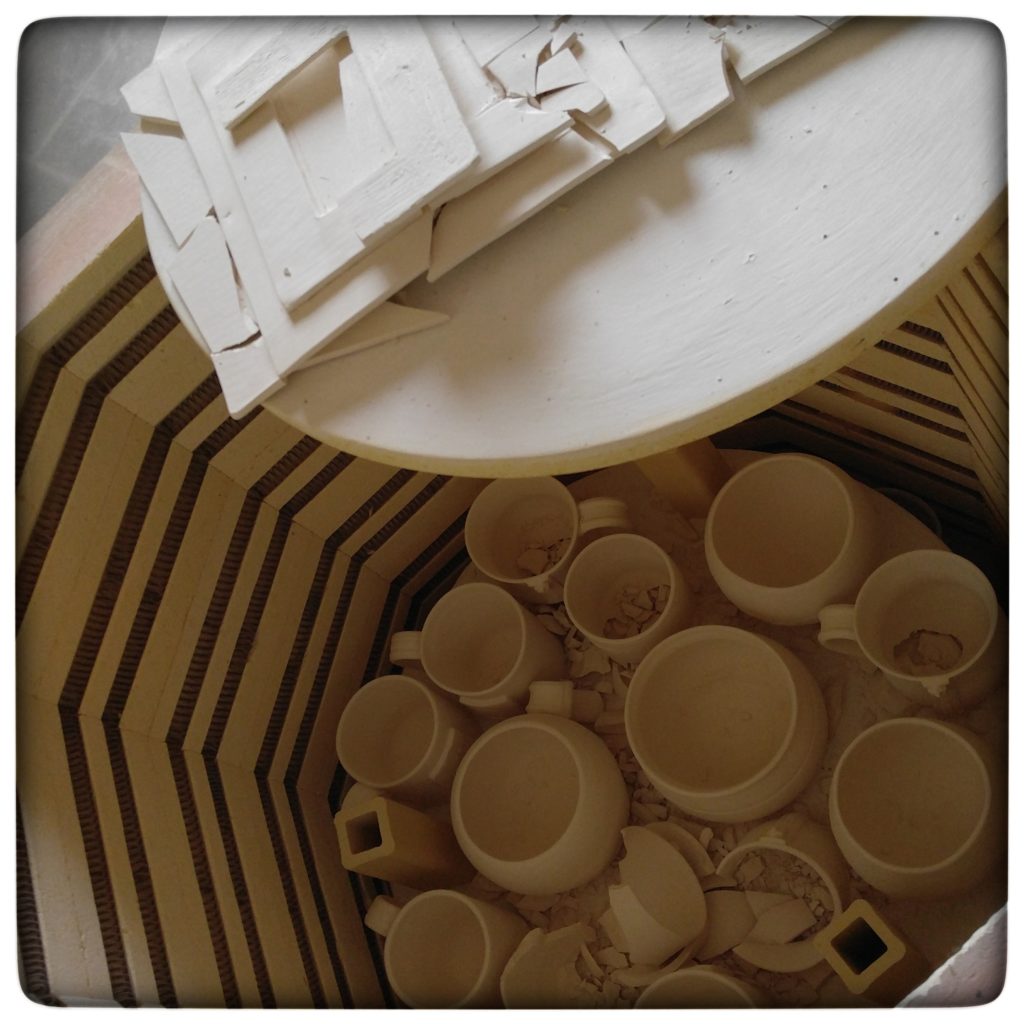 I’ve only had explosions a couple of times. One earlier this year, maybe April or May. One about six or seven years ago, right before I started HaldeCraft. It doesn’t happen often, but when it does happen, it’s epic. It’s as if the clay is saying, GO BIG OR GO HOME! Ugh.

Of course I am disappointed; some of those were going to be gifts, and some of those were going to be stock for the store. Do I know what happened? Clearly. Things exploded in the kiln? Do I know why? To that I ask, why should I care why? What’s the reason of blaming something? It’s not like the clay can apologize. It’s not like I can go back in time and do or undo something. Sure, I’m curious, but I’m also busy as fuck, and don’t have the time or mental resources to research why this might have happened and how to adjust whatever needs to be adjusted to make sure it doesn’t happen again. Also this is the time of year when customer – or potential-but-probably-won’t-become-customers – are messaging me really late at night and really early in the morning (tell me what is wrong with emailing someone in daylight? Does it have to be dark for email to work?) with requests that would be challenging to fulfill at the best of times, let alone the last week before Christmas. So I’m in what might be described as a foul mood today. The last thing I want to do is spend a lot of time focusing on why something didn’t work – that would make my bad mood EVEN MORE AWESOME.

Today I need to glaze the one plate from the kiln that did survive (a loner on the bottom, poor guy, probably dazed and confused after everyone exploded on top of him) and choose which of the five people to whom I was going to give plates is actually going to get a plate (and what I’ll give to the other four people). I need to test glaze a mug or two to make sure the January mug will come out like I want. Those pieces I can fit into the small kiln, thank goodness. So I’ll fire the big kiln with low-fire glazed pieces today, the small kiln tomorrow with what I glaze today. Also today I need to go into Gainesville and get supplies for my second batch of Chex Mix.

But for now I need to go see if one more cup of coffee will improve my mood. Grump, scowl, bah, humbug.