You'd think I would have learned by now, but no. T

Hahaha, whoops! I finished moving all that bisque

OK, so at this point, I was really just sort of pl

I don't think I ever posted this...! These are the

While my finger had to hover over the “buy now” button for a few minutes, yesterday I bought the most expensive printer I’ve ever purchased (but it was 54% off, thank you, Christmas sales… and I mean that as in “thank you for buying from HaldeCraft for Christmas because it means I can afford this snazzy new printer” and “thank you, Amazon.com, for having shit I need, at a discount). 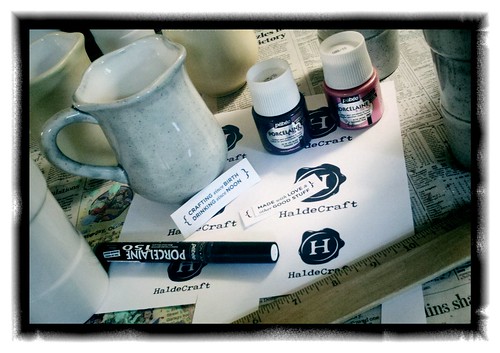 What’s so special about this printer? For one, it’s a laser printer instead of an Inkjet. So, toner is going to be more expensive by-the-cartridge, but it will also print about 2500 sheets of paper per cartridge vs. about 250 now. My little inkjet I have now is a trooper, but I’ve just about used the crap out of it in the last two years since I’ve got it… no amount of self-cleaning or diagnostics will fix the black streak I’m starting to get along one side of the page. And it goes through toner cartridges like a… like a thing that eats toner cartridges. I buy a black cartridge about every six weeks, and three color ones about every two-and-a-half months. And the only stuff I print in color are things that I look at and think “I’d really rather print that in black and white and save the color cartridges” like knitting patterns and directions and stuff. 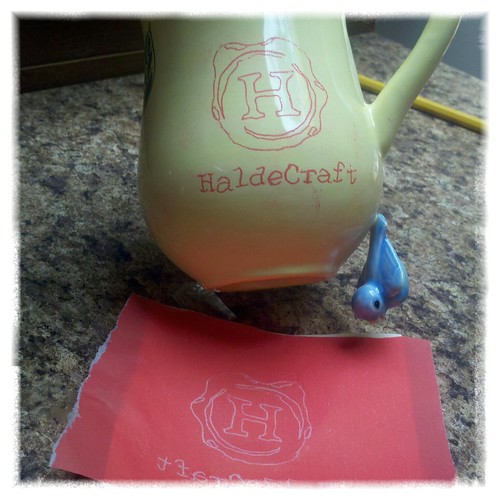 But the other thing, the thing I was thinking about two years ago but decided not to do (hence getting another inkjet then instead of a laser) is that after hours and hours of research on ceramic/pottery forums looking up information, and many Googles of MSDS sheets on laser toner cartdridges, I’ve settled on a printer that has 45% iron in the cartridge… which means that I can now buy decal paper for ceramics, and print my own decals. So all this fuss I’ve been going over the last couple of years, transferring quotes or my own images to paper, tracing the paper, and painting over the trace… now I can just print that shit out on decal paper, transfer it directly onto my ceramic piece, fire that shit, and BAM. Done. Now; this printer is only black-and-white, and the reviews I’ve read from the transfer paper say that it fires to a sepia-tone. I happen to love sepia, so that’s fine with me, and I’ve read that you can fire it onto bisque and paint over it (I’ll have to experiment with that)… so, there are ways to put color onto the image, still. Mostly I’m looking forward to getting quotes on mugs and having it be in a legible typeface, and being able to get direct photographs as art onto certain pieces, and I think sepia will be perfect for that because the photos I’m thinking of are older, and sepia kind of calls out to that in-the-past aspect.

Which brings me to…. Cathy! Who has been asking for this for years, and will be glad to know that after I experiment a little bit, the following photo will – FINALLY – be available on a HaldeCraft mug — 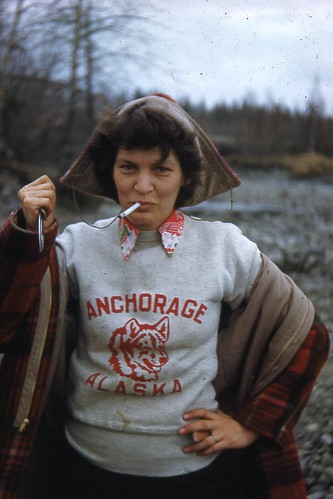